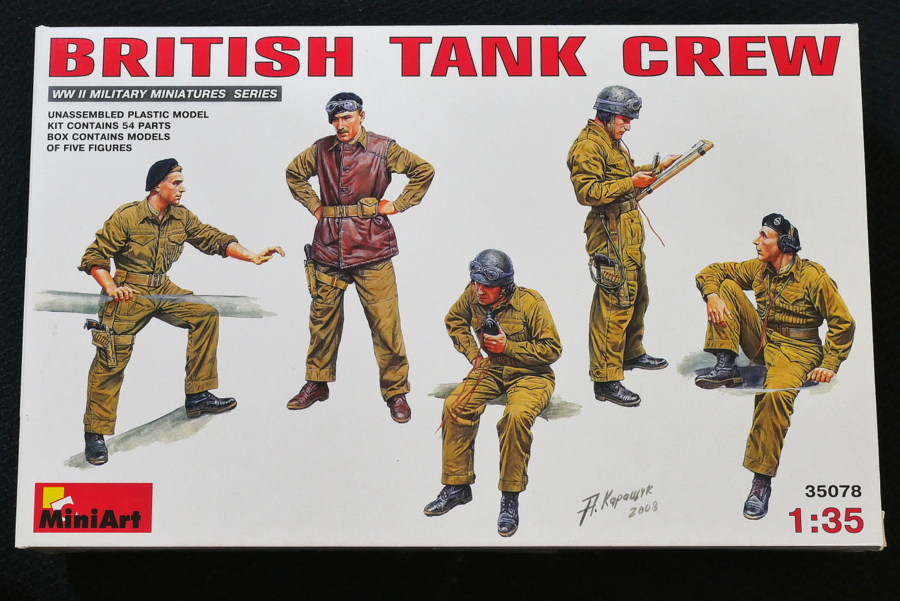 I bought this Miniart British tank crew kit about 10 years ago. The uniform of British tanks changes in North Africa and West Europe depending on where they were used. I didn’t have much opportunity to combine them for a few making British tanks. When I made a Tasca Sherman Firefly a long time ago, it had a figure, and I remember I didn’t put this kit together. This time, the Sherman V was assembled and a figure was attached, but this is a good opportunity to make this Miniart kit. 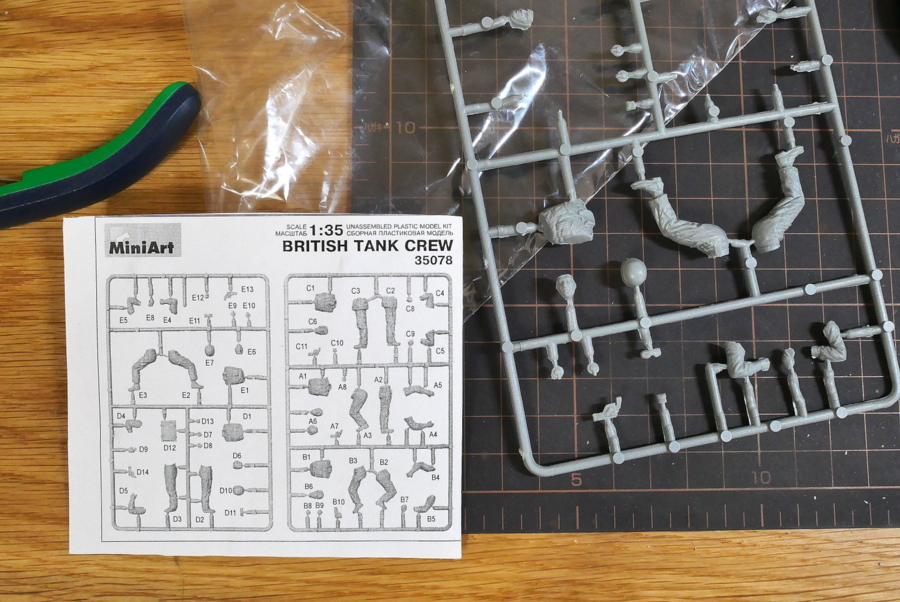 There was a simple explanation sheet. I thought it was strange because there were no parts for one crew, I used one when I made Mark 6B tank. 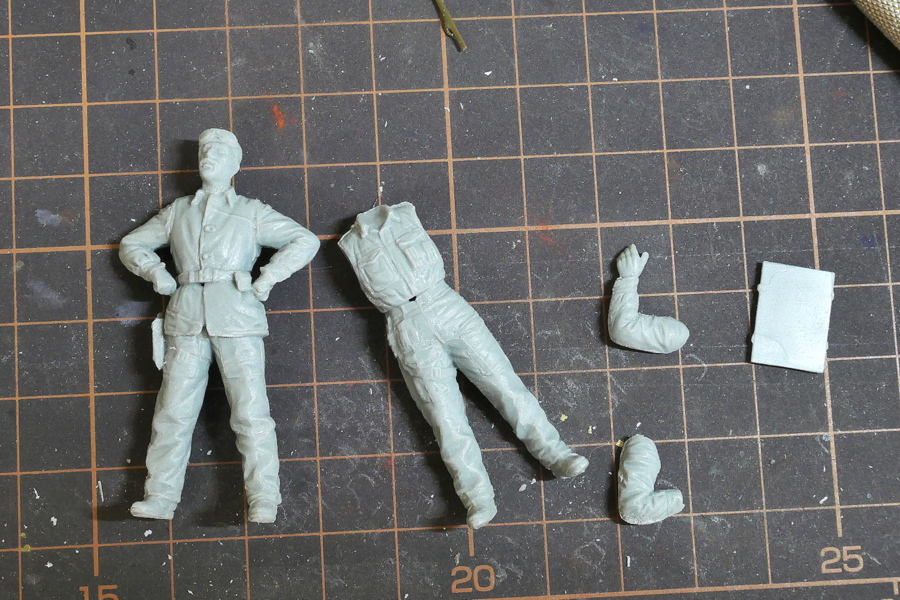 I haven’t seen a Miniart figure in a while, and I think the quality of the plastic is not very good. I feel it especially when I glue the parts. It has a rough texture. This figure kit was released a long time ago, so it may be improved now. 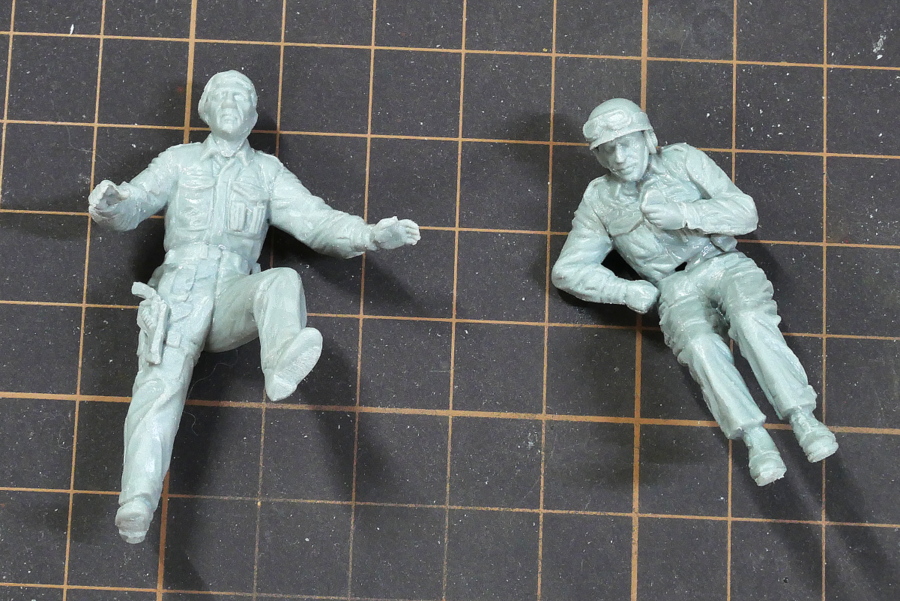 I’m not sure if it’s all right, the mold of the face looks dull. When I finished assembling, there were some gaps and holes caused by sink marks. But I think they can be fixed easily with putty.
(2019/11/28) 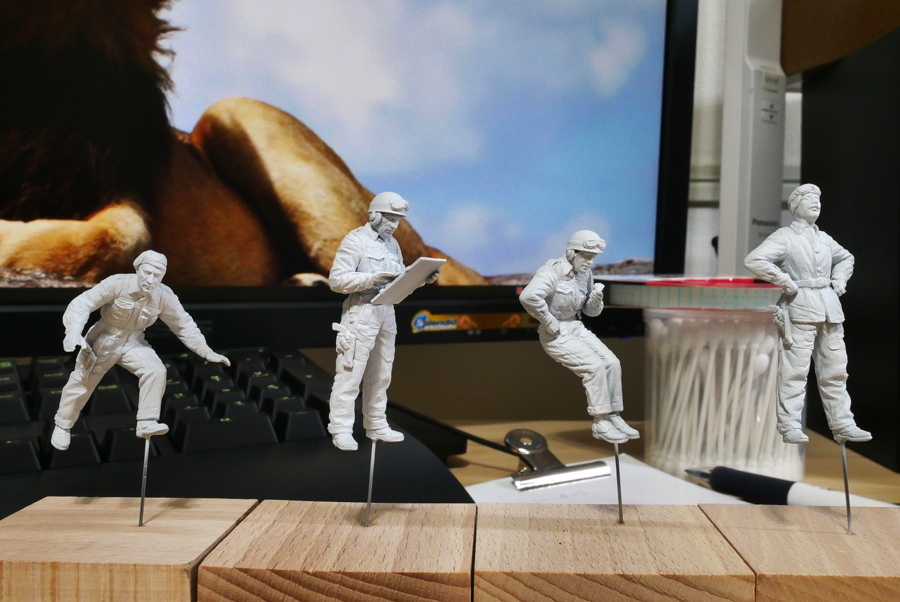 I blew a white surfacer before brush painting. 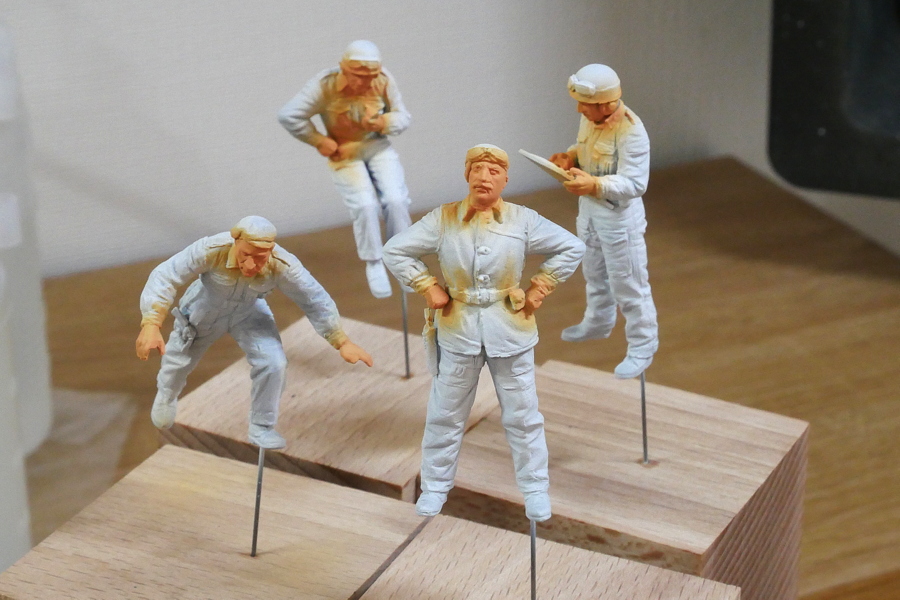 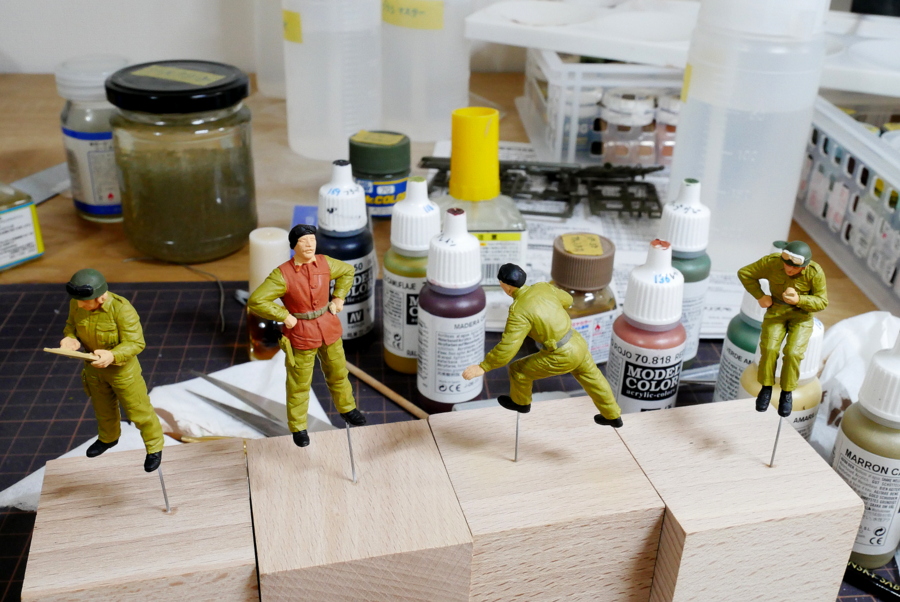 It seems that the uniforms of the British tank soldiers this time should be dark yellow. Really? I’m painting with a brush little by little. 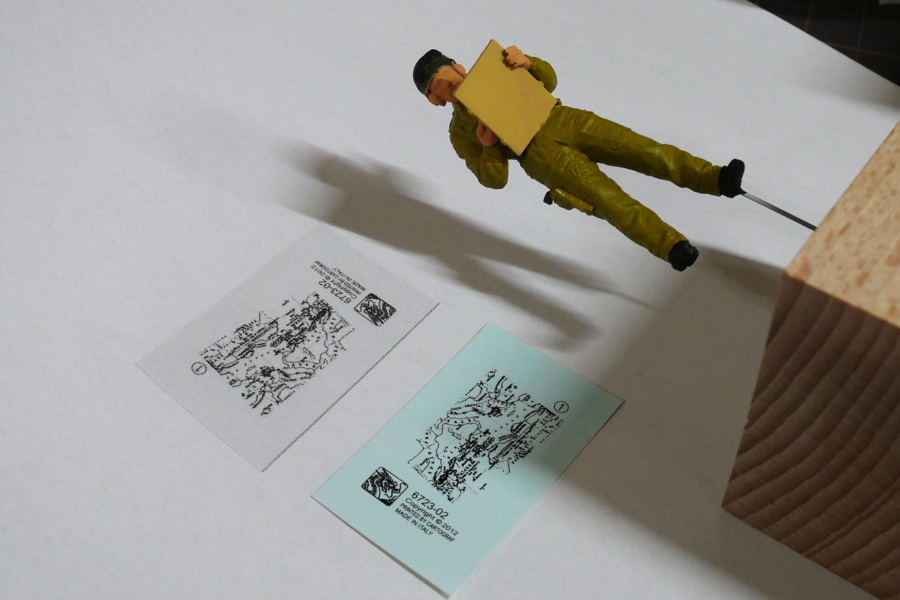 This British tank soldier is checking the direction with a map board. This kit did not include anything like a scale map sheet. A long time ago, Tristar’s figure kit had handy maps on the side of the box, but I threw away the extra maps. I found a decal in the Dragon Rommel kit this time, so let’s copy it and use it. If you search on the internet, you can find a lot of such maps, so it might be good.
(2019/12/01) 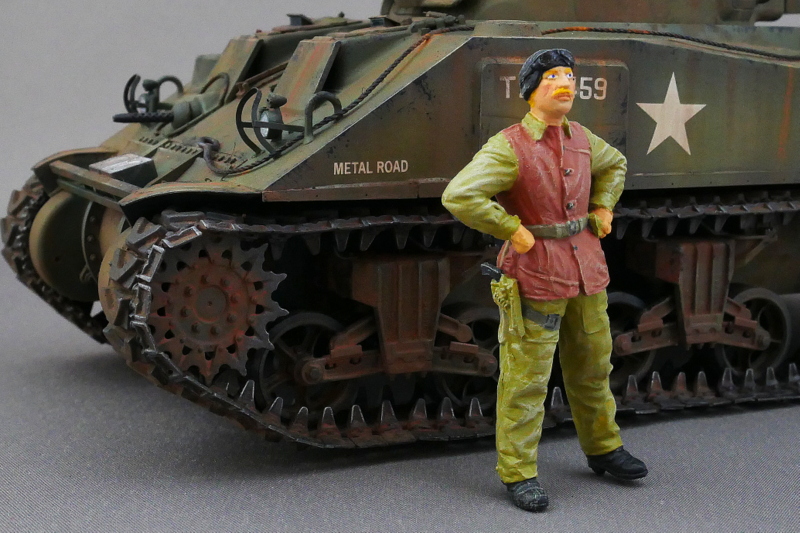 I finished the painting and it’s completed. The British tank crew wore berets instead of helmets from the beginning to the middle of the war. There may be a figure that doesn’t really match the period of Sherman V that was made a while ago. 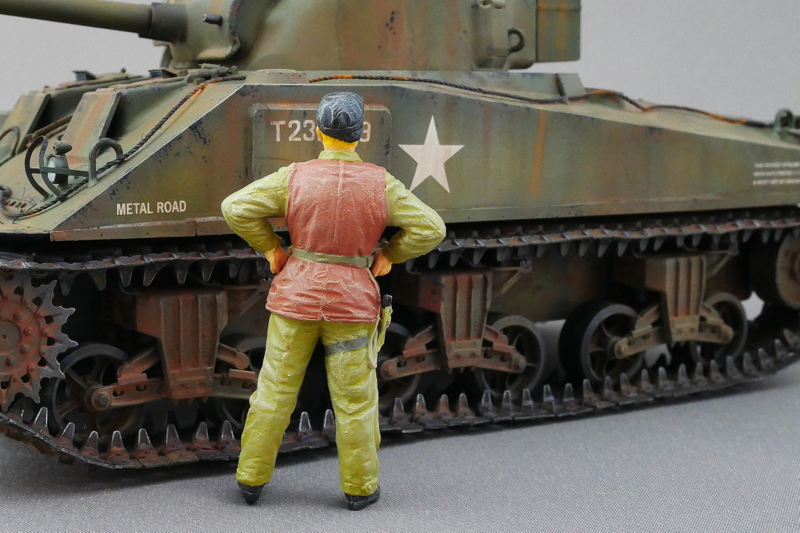 This tank soldier wears a leather vest over his work clothes. 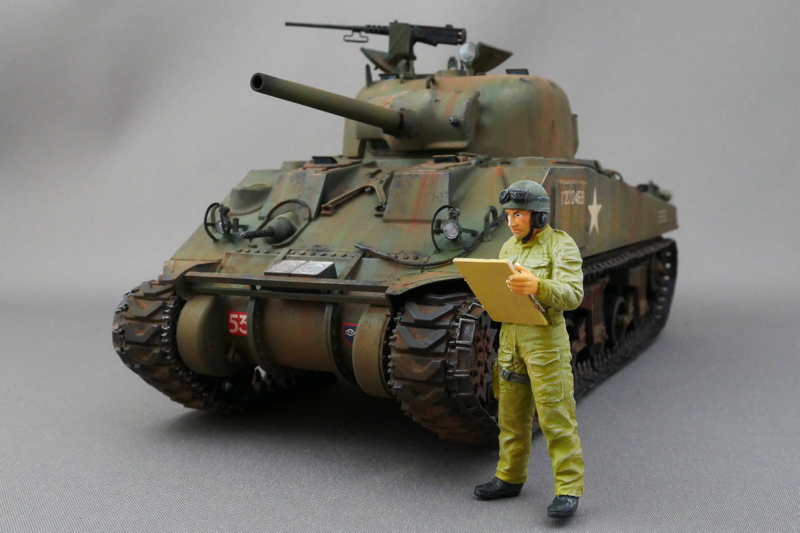 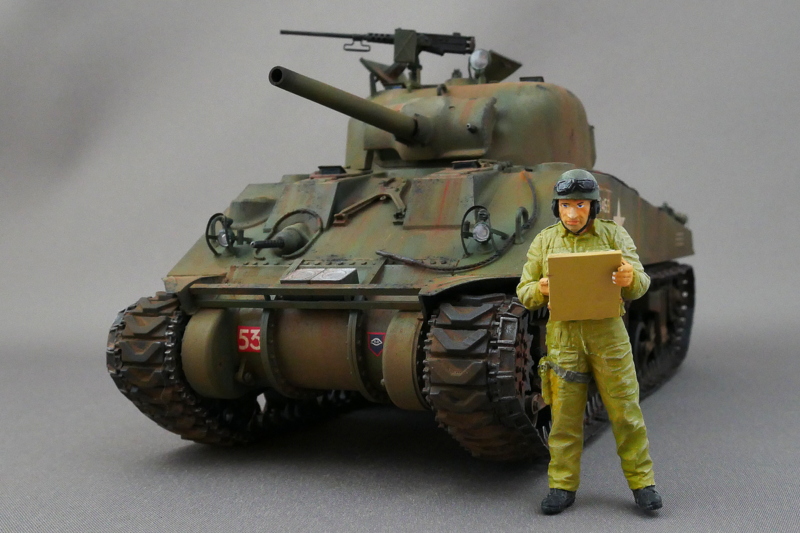 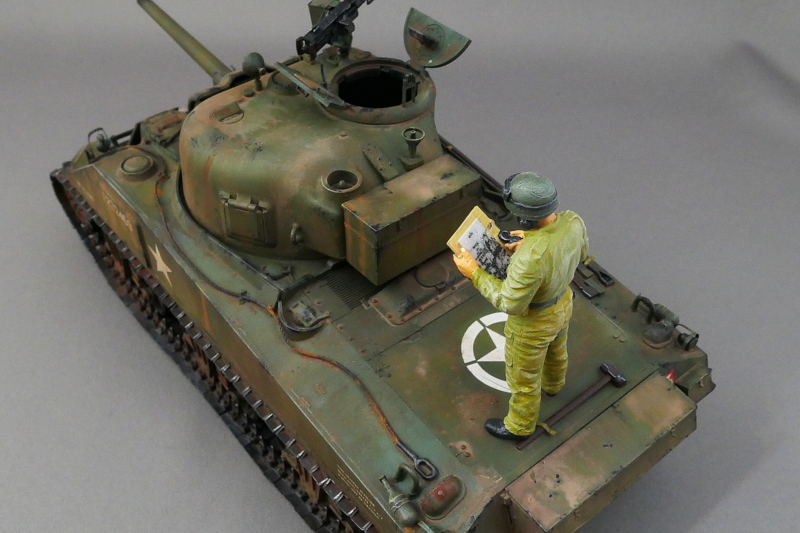 This tank crew wearing a helmet has a map board and compass. 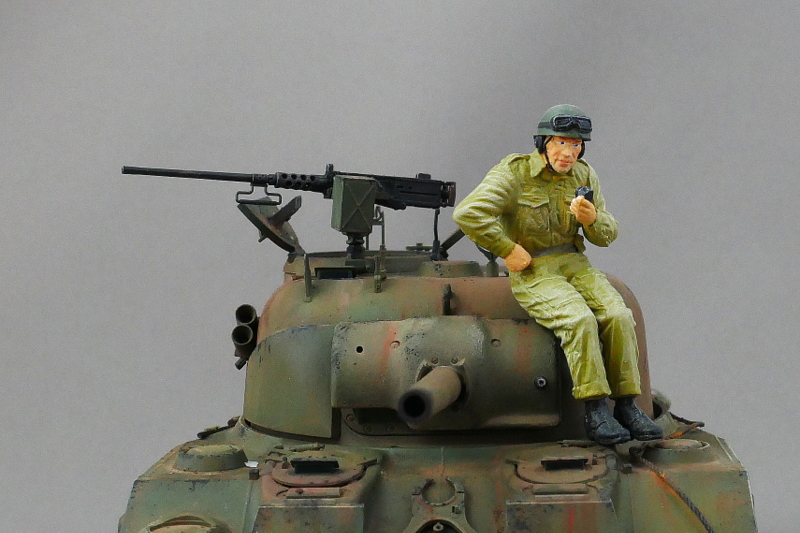 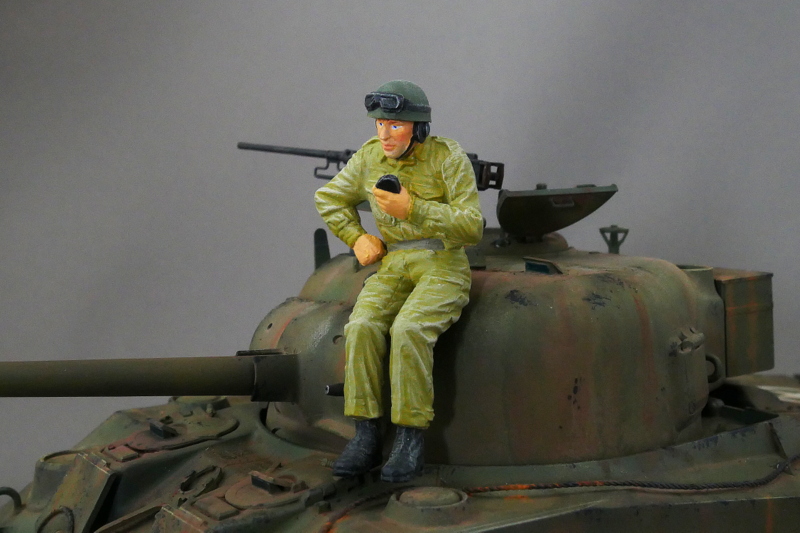 Since there was no place, I forced him to sit on the edge of the turret. 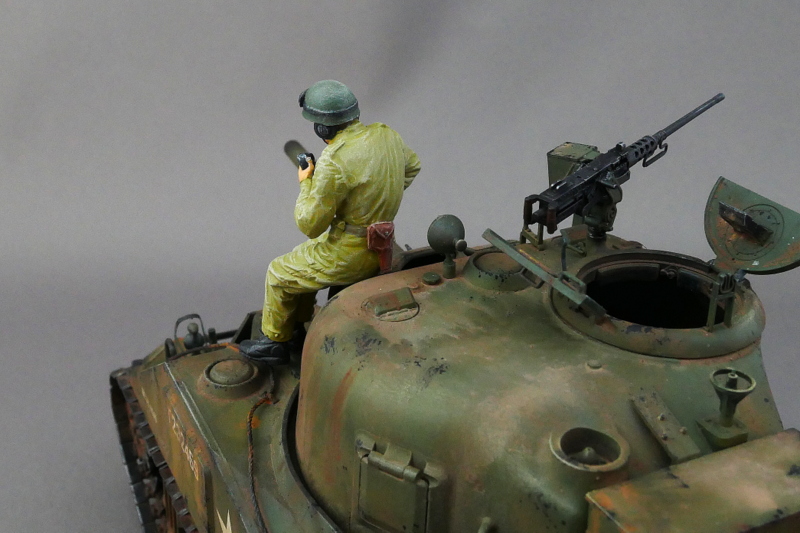 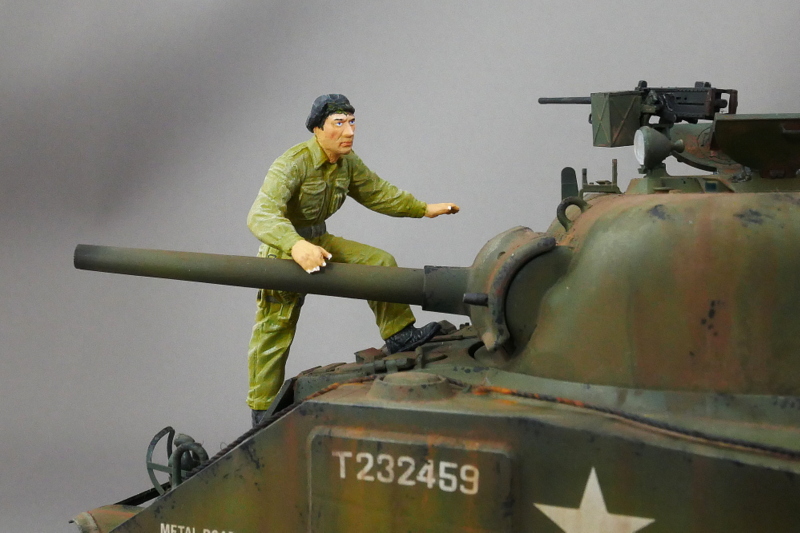 I force him on the tank, it will pose like this. 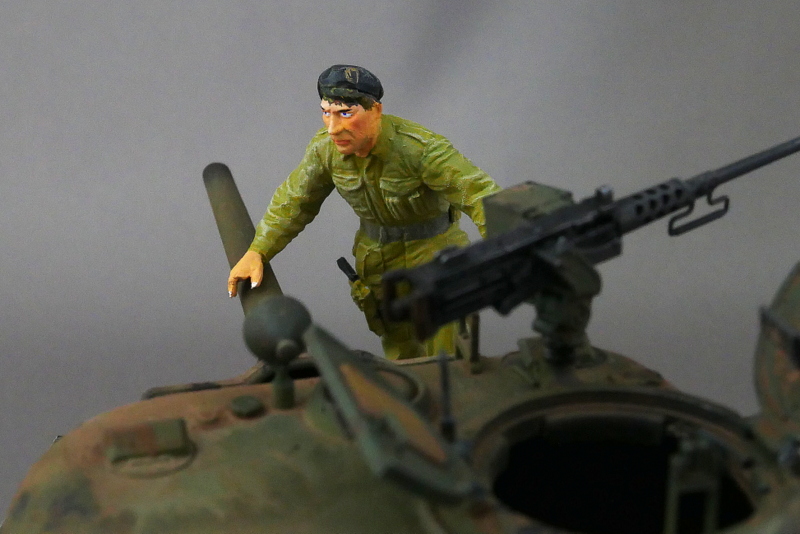 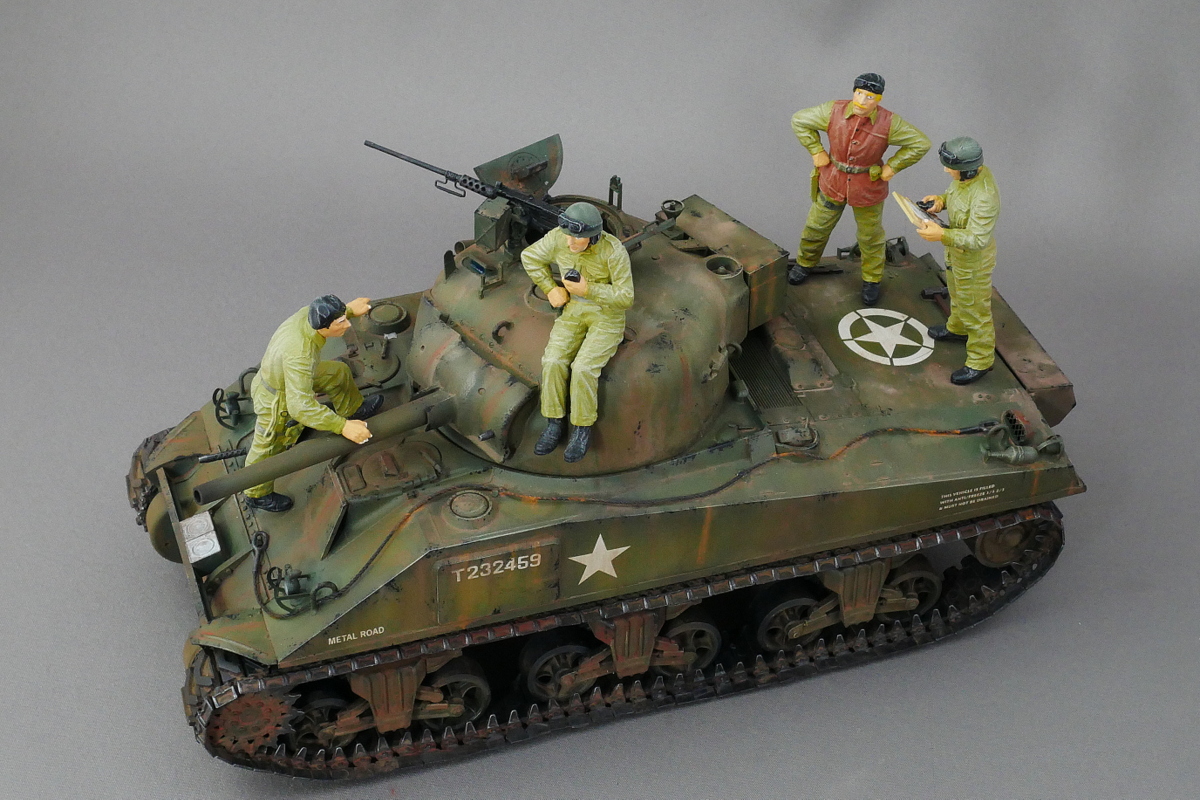 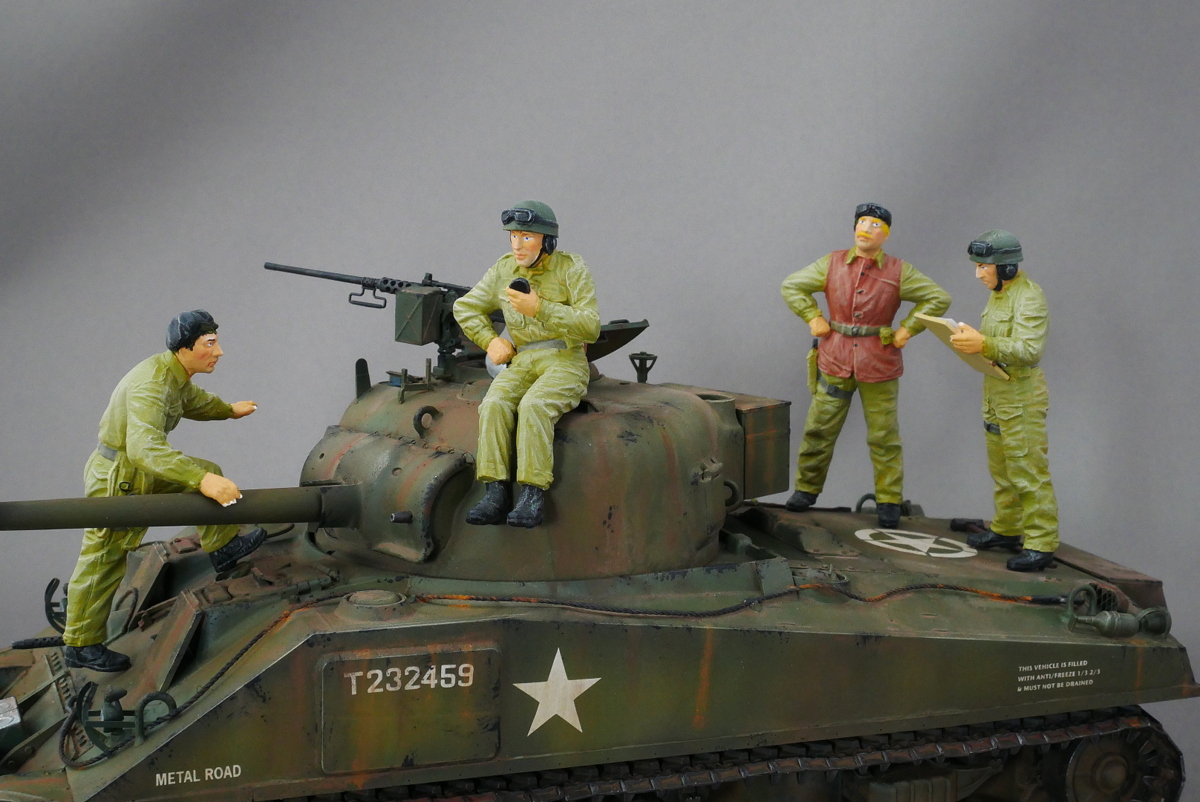 I made all the figures together, it’s not a well-organized pose, but it’s quite interesting when combined with a tank. 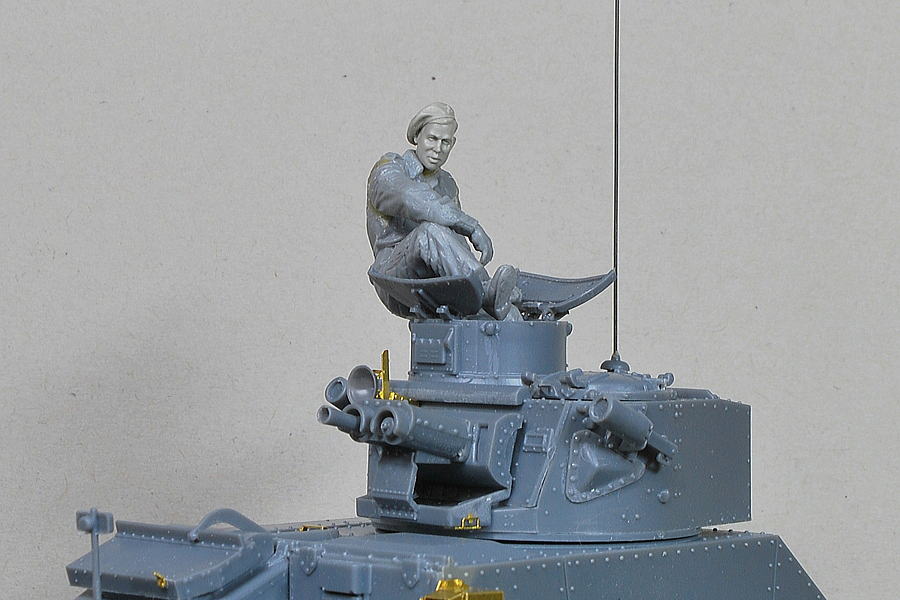 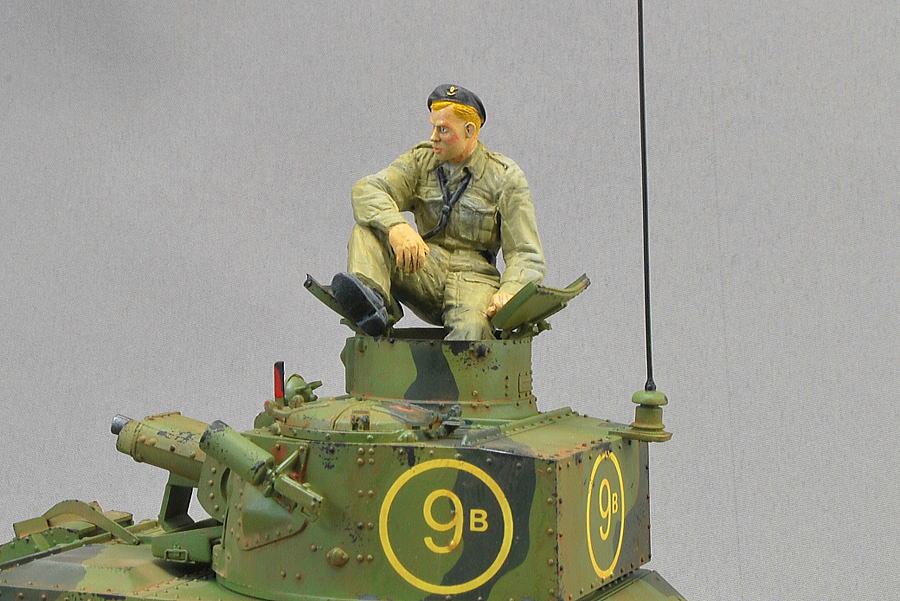 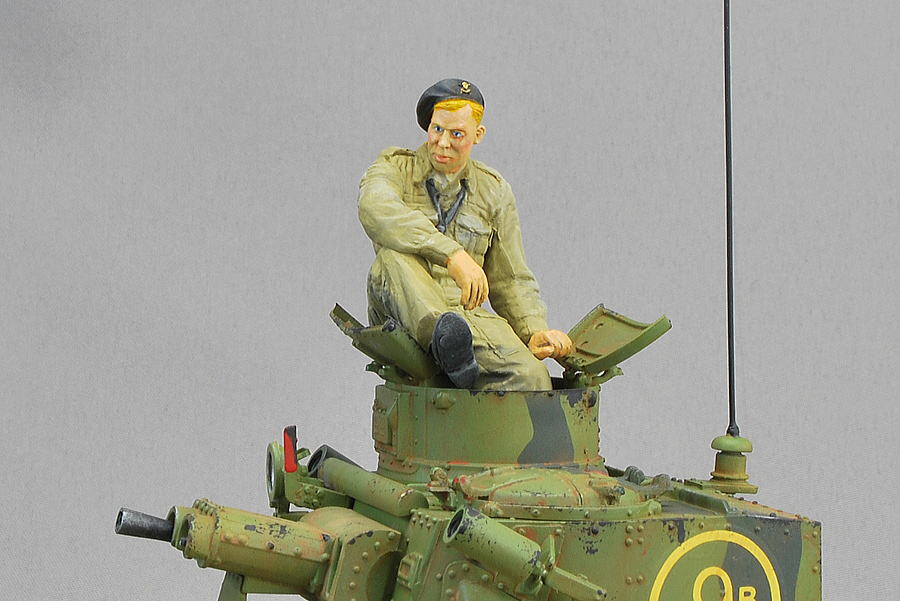 This is a figure mounted on a Mark‐VI tank made long ago. This is one of the five figures in this kit. I use a Hornet resin head, and this one is better. It is easier to finish if the mold of the face is of high quality.
(2019/12/15)

It is a British command unit soldier figure of Master Box. It is a kit from a long time ago. The atmosphere is different from the recent Master Box. British Special Forces have been active in the invasion of Normandy, trying to destroy the gun battery on the cliff.

They are British infantry soldiers from the First World War that have been released from MasterBox. I would like to appreciate the company's attitude to release such figures without hesitation. I don't know much about military uniforms in this period, but I enjoyed making it.

Dragon British Infantry Figure Set. There are soldiers with short sleeves and short pants, so I think it's the North African front. It was a set of 6 units, but there were a lot of spare parts, so 8 units were completed.
スポンサーリンク
British Army Sherman V (M4A4) Asuka 1/35
German 2cm Flak38 Pzkpfw 38(t) Tristar 1/35