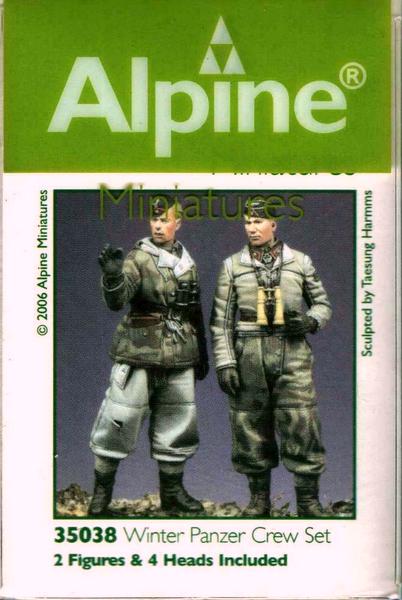 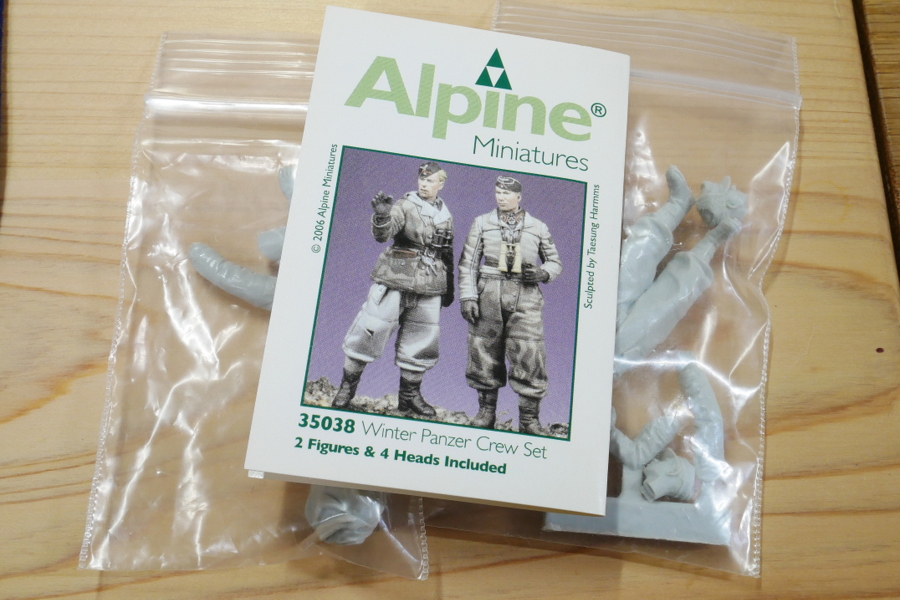 ​There were 4 heads in total, so I think I can use them for other figures. 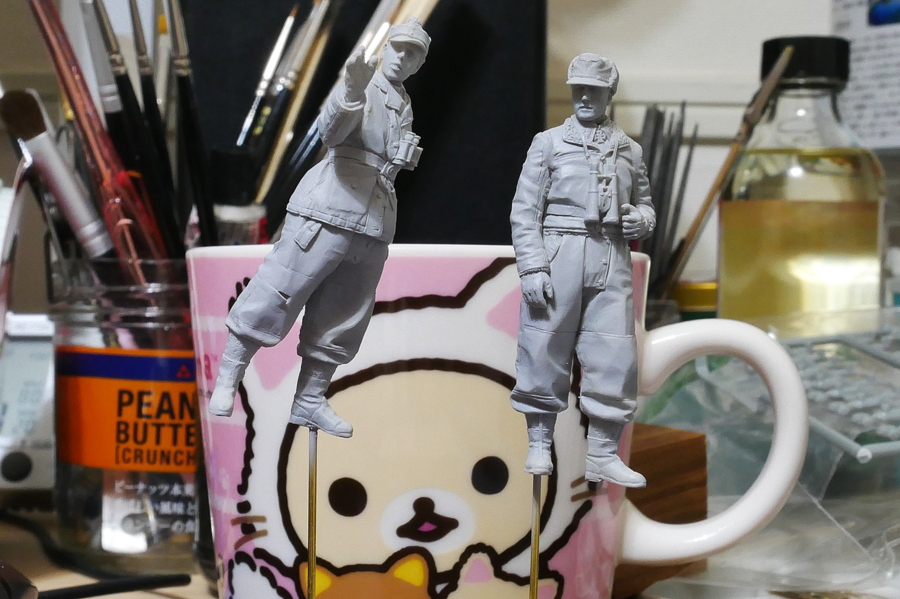 ​There is almost no assembly. ​I blew a surfacer before painting with a brush. ​I am sorry that the Rilakkuma mug is more noticeable. 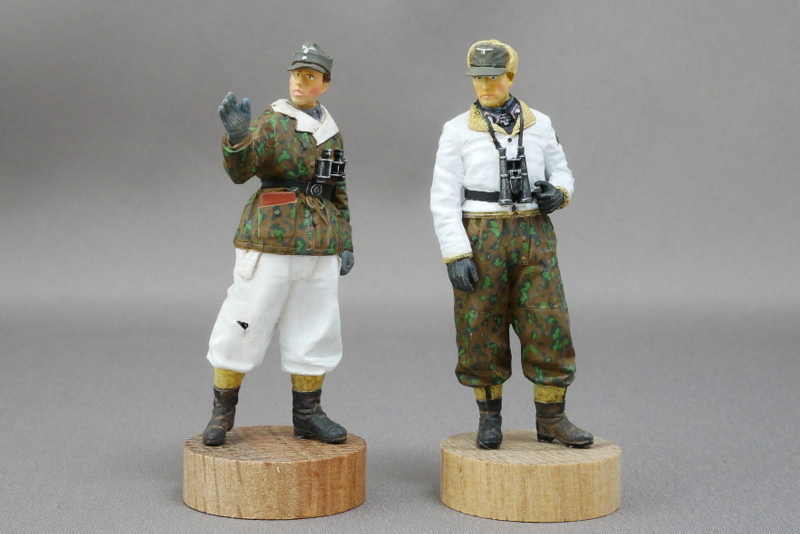 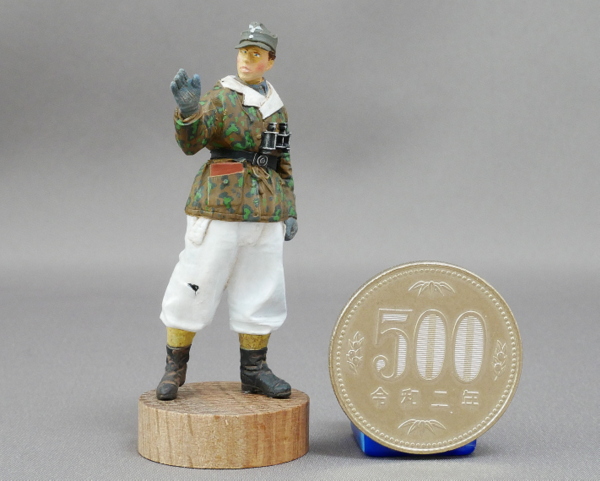 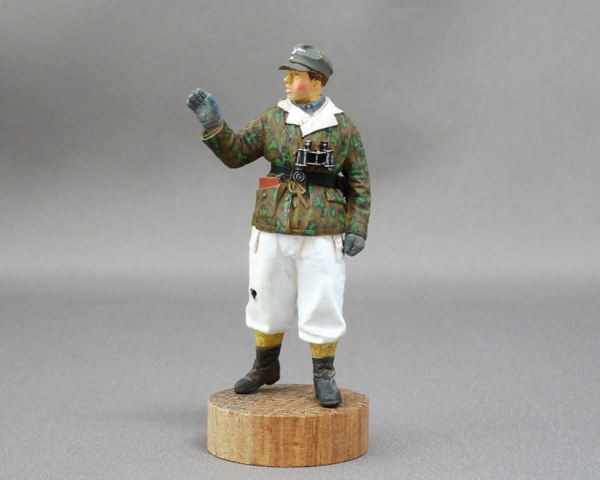 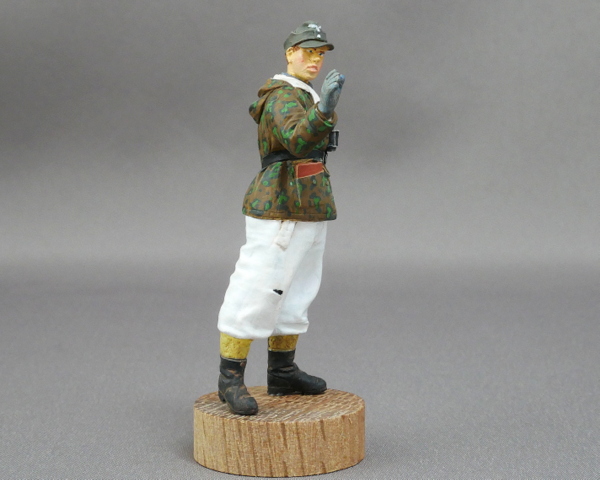 ​The mold that the tank soldier’s pants are torn is detailed. 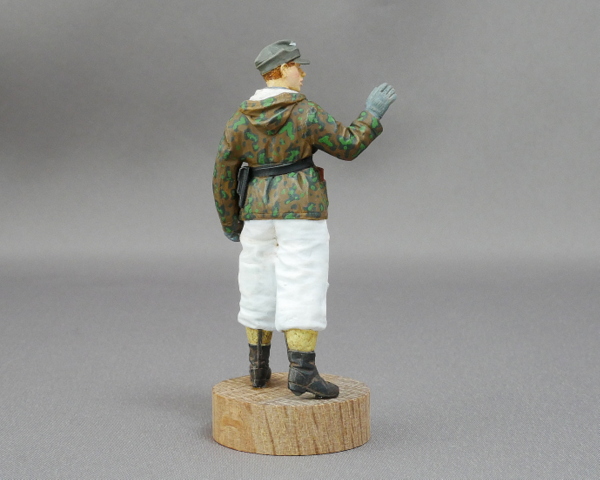 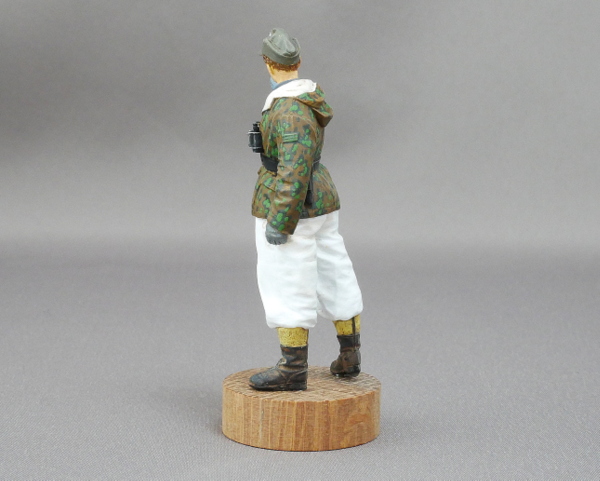 ​The badge on the sleeves of the anorak or camouflage smock is slightly different from the collar or shoulder badge. ​Since the detailed mold is reproduced, I drew the insignia on the left sleeve. ​The tank soldier whose coat was camouflage was the sergeant and the other was the lieutenant. ​The difference between the design like an oak leaf and the horizontal bar was too fine to draw completely. 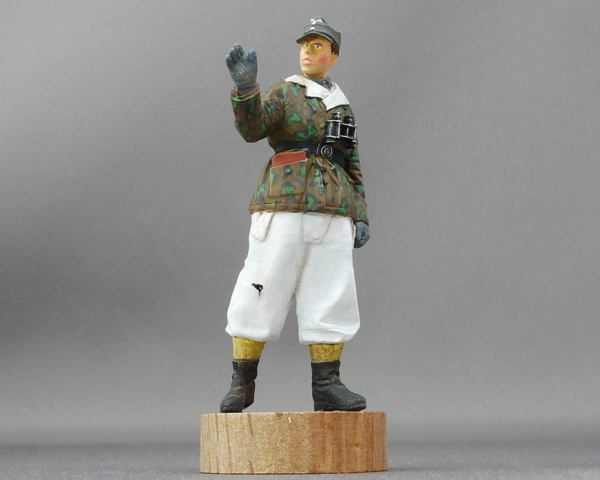 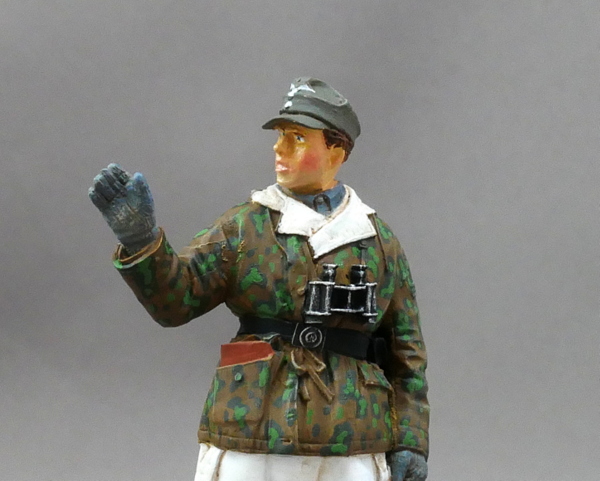 ​The upper body wearing a jacket is a reversible smock. ​I think the backside is as white as the pants. 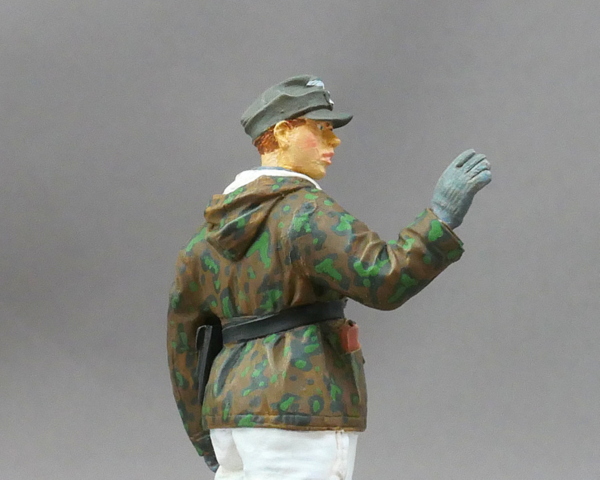 He has something like a leather notebook in his pocket. 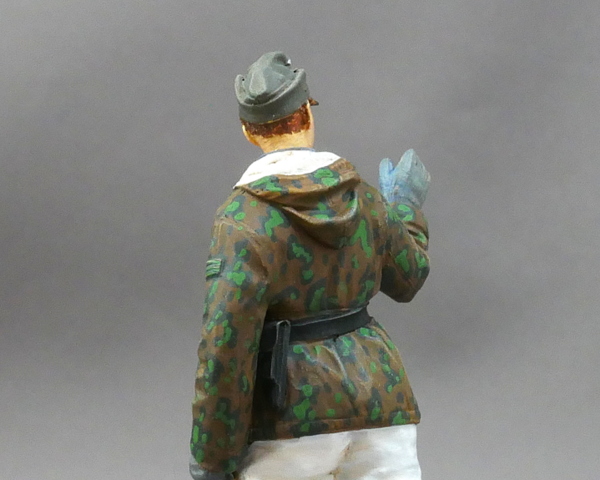 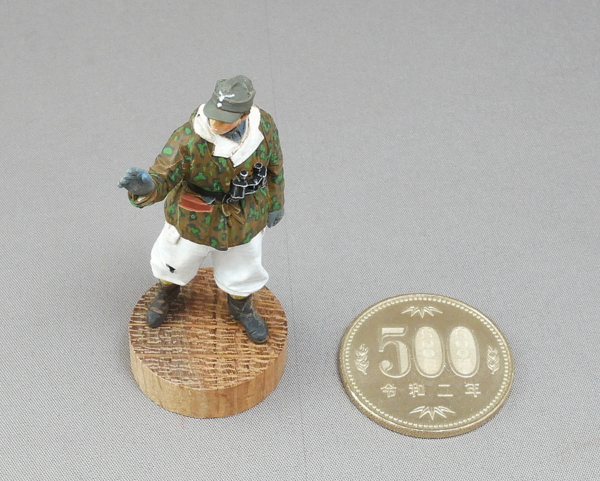 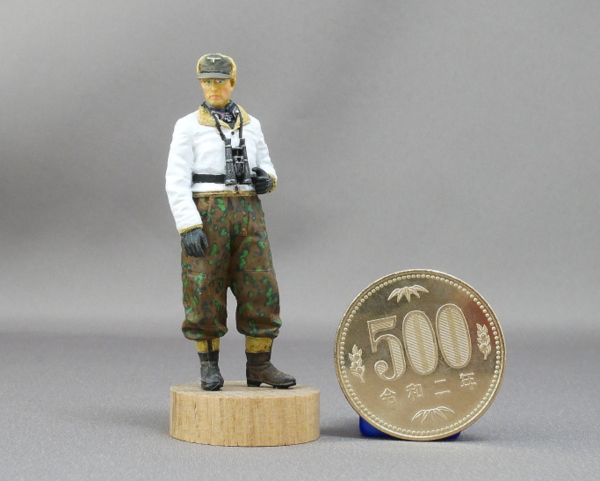 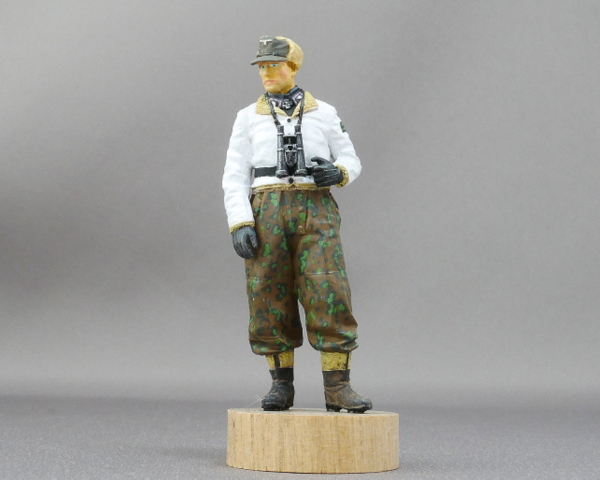 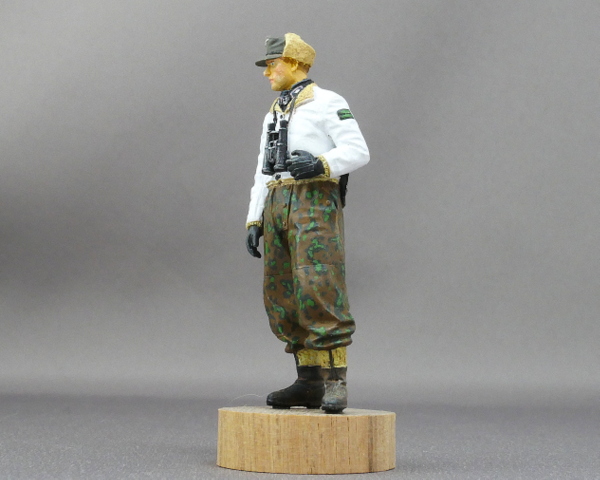 ​Camouflage pattern pants are fine and hard to draw. 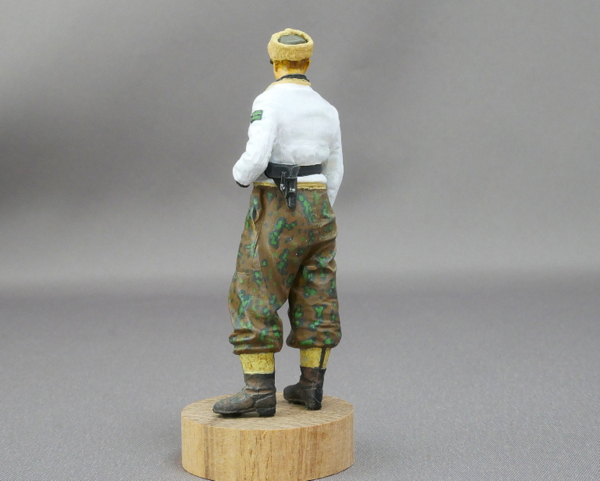 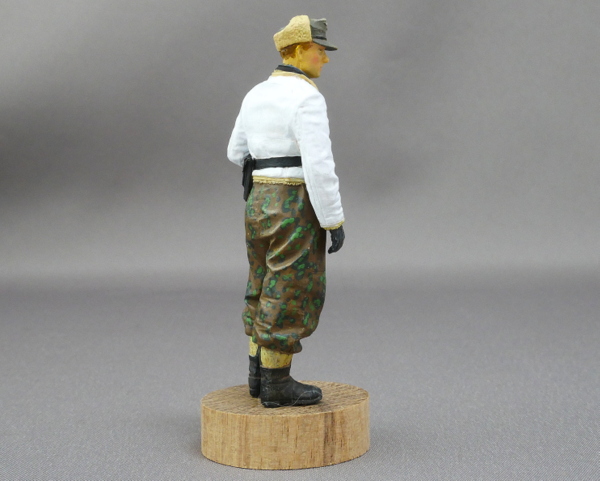 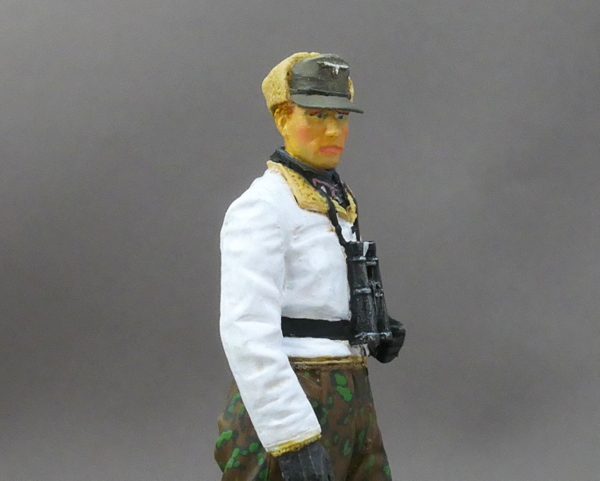 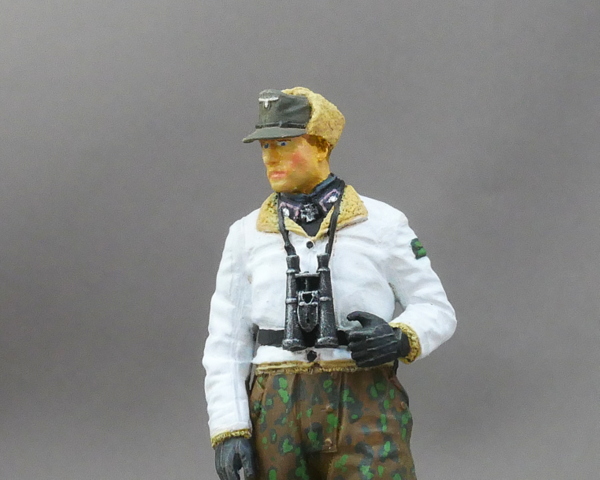 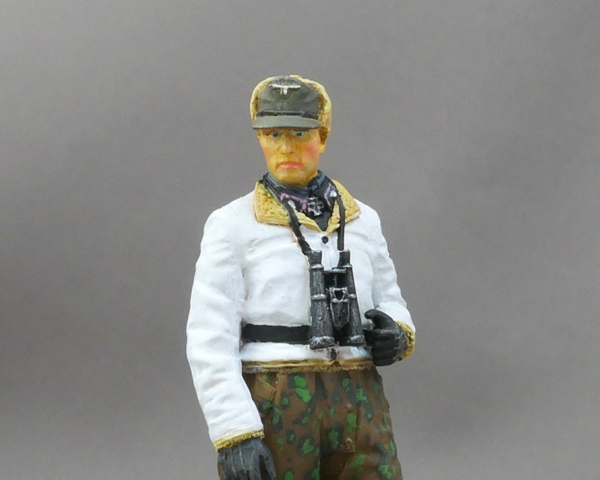 ​Warm winter clothes with a boa on the upper body. ​It’s pure white, so I think it can’t be helped if it’s not in the snow. ​I didn’t do weathering much because it would get dirty. 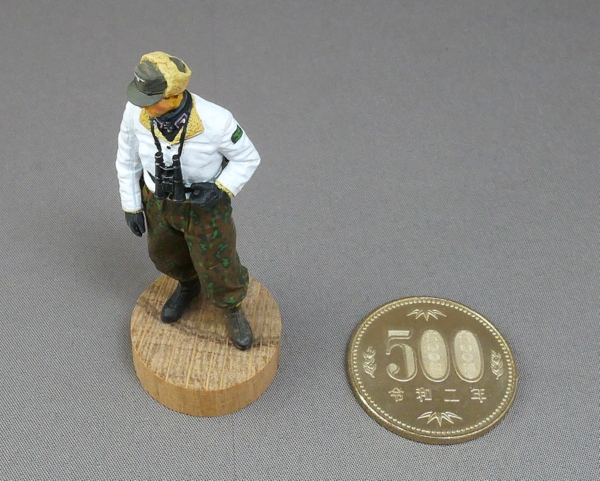 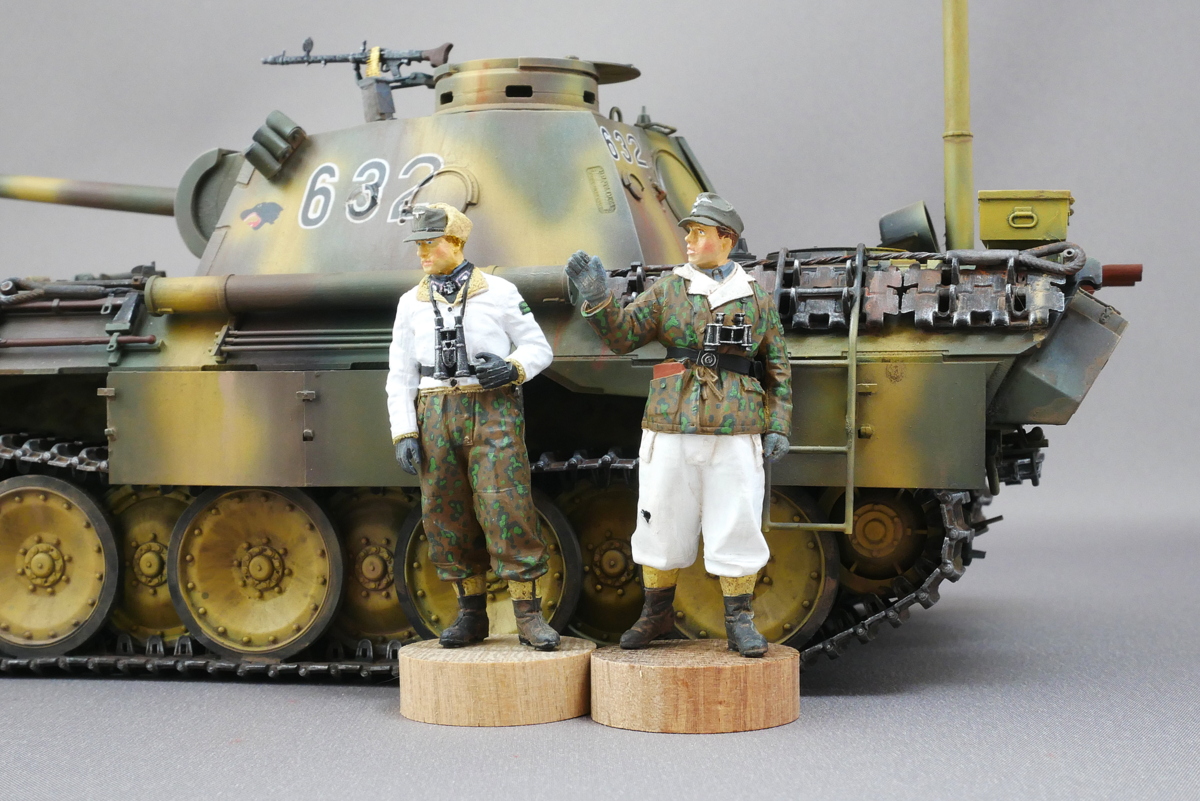 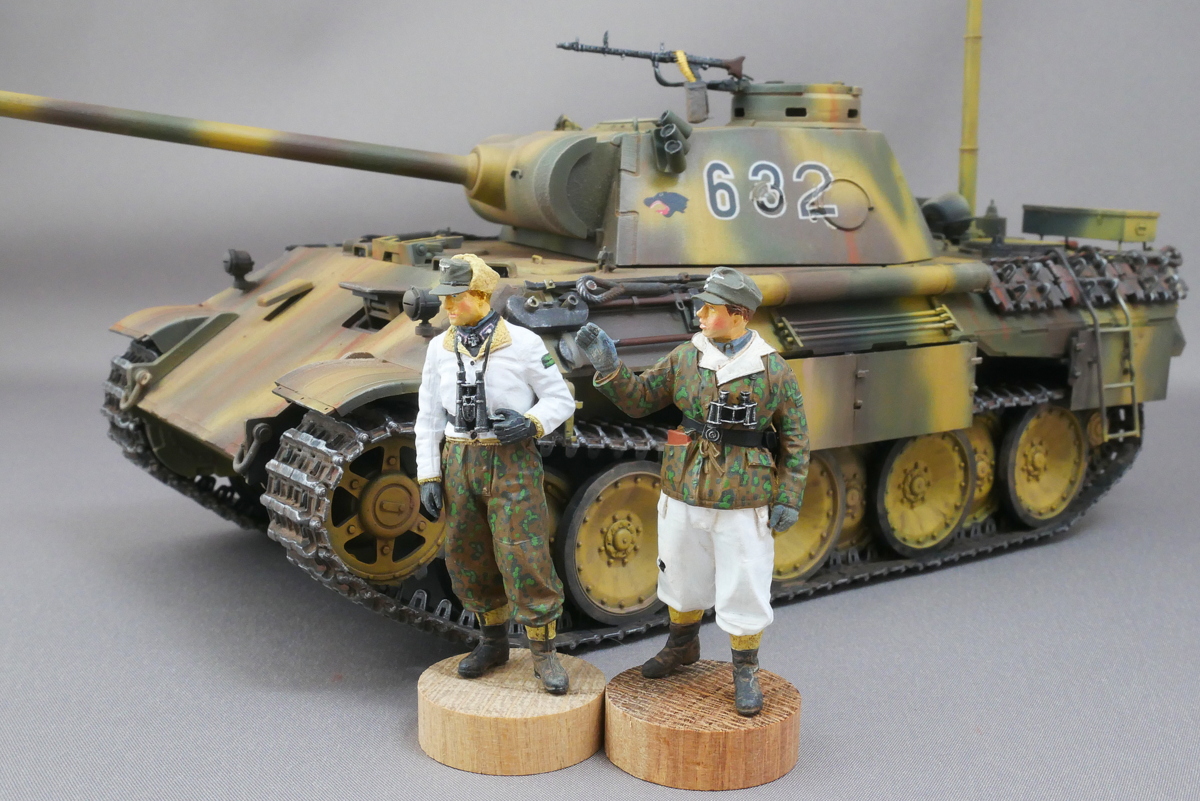 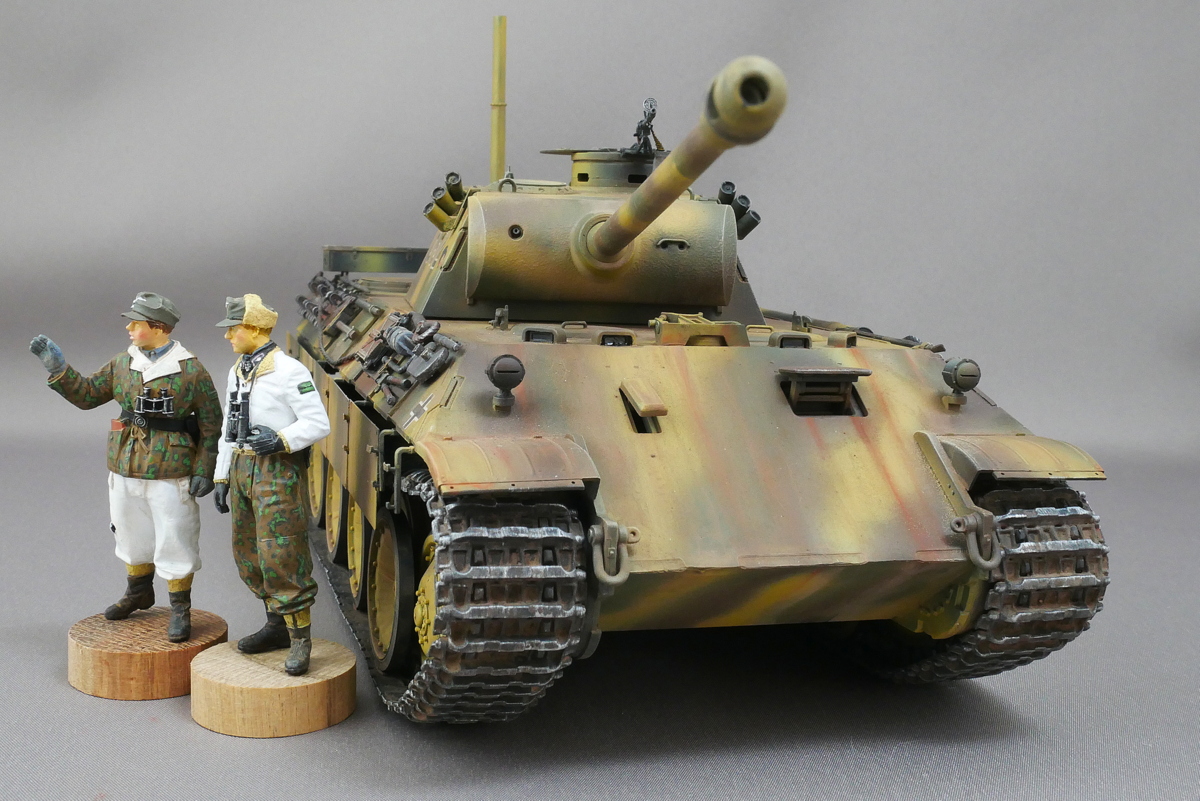 ​I prefer the figure in a pose that is a little closer to the AFV, and when I bought it, I liked a natural standing pose and bought only those figures. ​I like figures that can be put on hatches now.
(2020/11/15)

The Dragon World War II German self-propelled artillery crew. I think I can combine them as a tank soldier in an ordinary winter uniform. It is a camouflage paint of dark green and red-brown on the basic beige paint. In addition, there is a vertical black line, which is a rather laborious process in painting German uniforms, and I think it can be said that it is a kind of military uniform that requires a lot of painting work.

Dragon German military police figure. I used Tamiya's class badge decal set for the gorget. I changed the head to resin. Some of the heads didn't paint well, but it was easier to paint than the original parts.

These are Dragon's figures of the German soldiers who have been in the first year of the German-Soviet war. For the first year, they might have been underestimating the winter in Russia, but it is famous that they had a hard time because they did not have very full-fledged winter equipment.

Dragon Gen2 series figurines, kits for the German Army's 9th SS Armored Division, also known as the Hohenstaufen Division. Since it's Gen 2, not only is the mold good, but when you wear a camouflage smock, the feeling of the end of the war comes out well.

Tristar's anti-aircraft gun figure set. Surprisingly, this kit had two runners for three in the box by mistake, so I couldn't make them all. Maybe it was better because it was a tragedy to have two pairs in the back.
スポンサーリンク
Panther Ausf.D Sd.Kfz.171 Meng Model 1/35
Sikorsky SH-3D/HSS-2A Seaking JMSDF Hasegawa 1/48