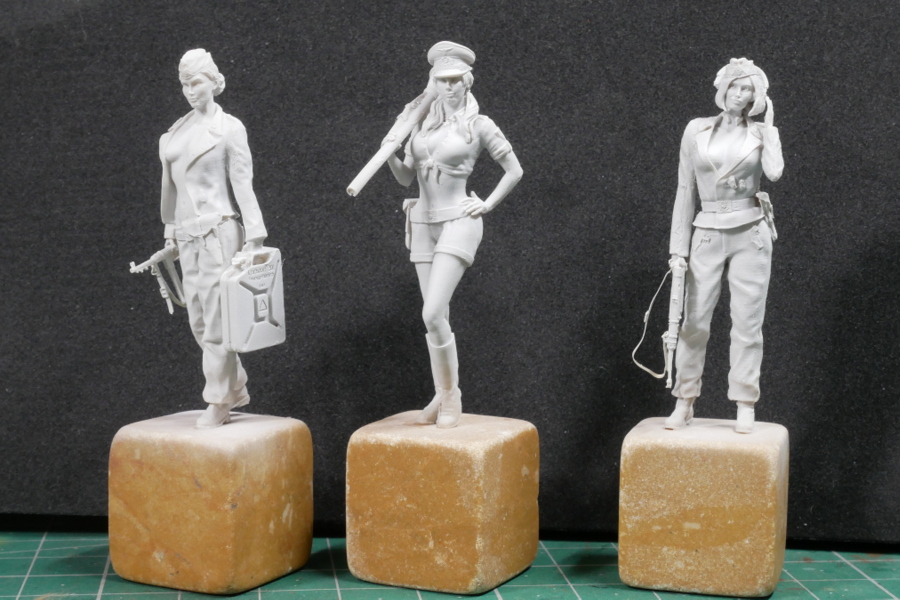 In an imaginary situation, I assembled several female German soldiers in resin figures. They are all beautiful and very nice. However, the mold around the eyes is not so sharp, so I don’t know if I can paint the face well. 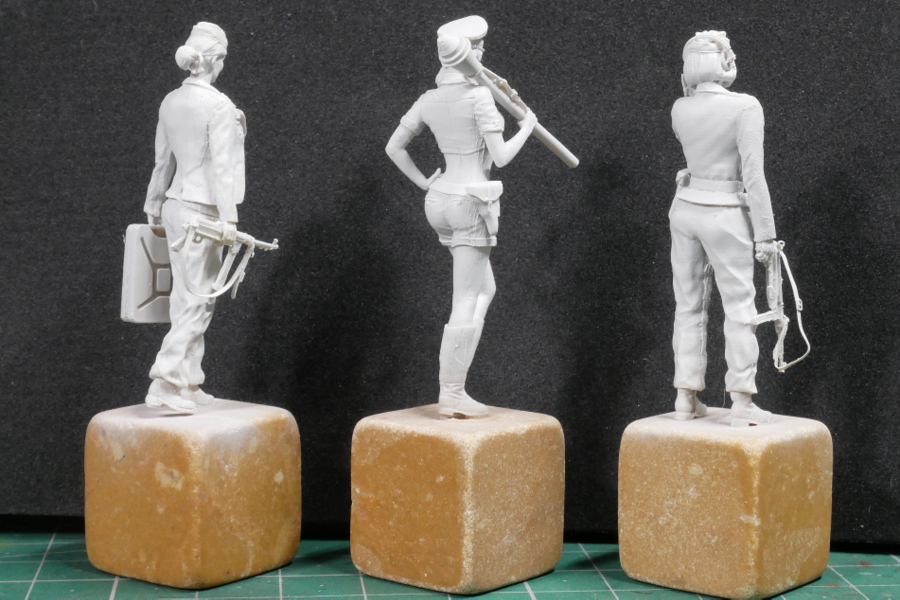 Even though it is a female figure, it is not a Moe-style figure like an anime character, but rather a real figure. They are all very stylish figures like fashion models. 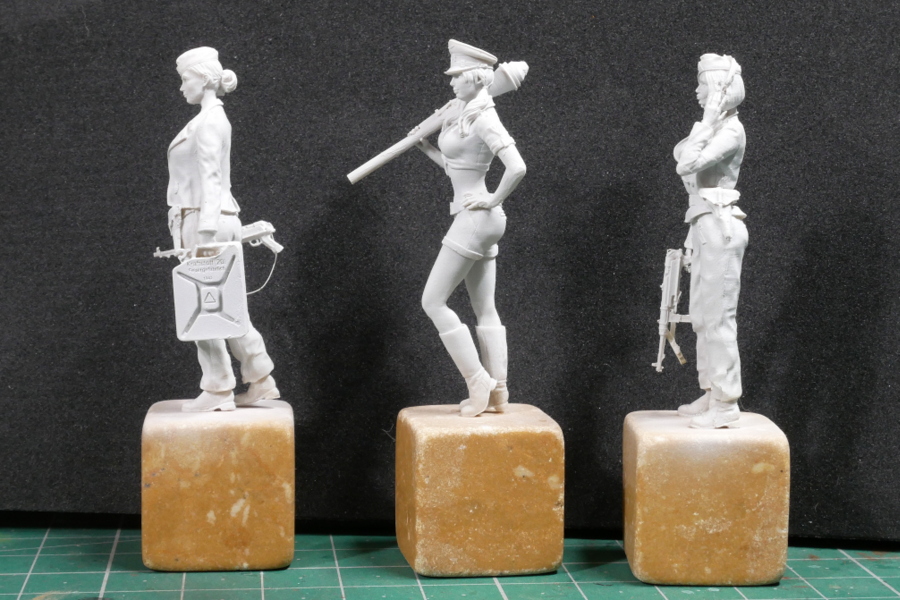 Each figure has a different degree of skin exposure. The soldier holding the panzerfaust in the middle is a hot pants style with a lot of exposure. The soldier with a short hairstyle on the right has a wide-open chest but long sleeves and long pants. Is the jelly can on the left a little thin? 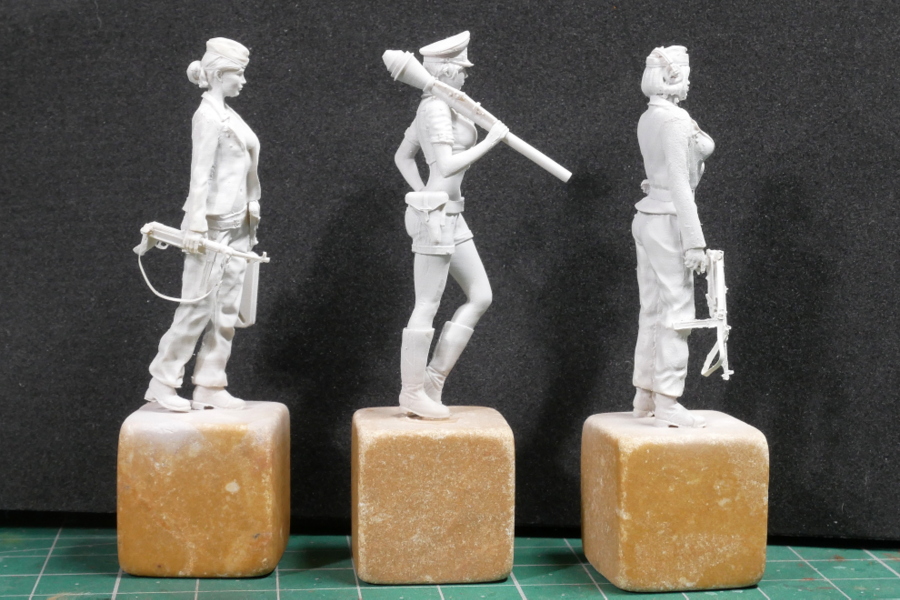 There are many other female soldier figures released from ARMOR 35. It seems that there are not only women but also animals, children, and swimwear women. I wonder what the concept of the release is. It’s a resin figure, so it’s much more expensive than a plastic figure set.
(2022/02/24) 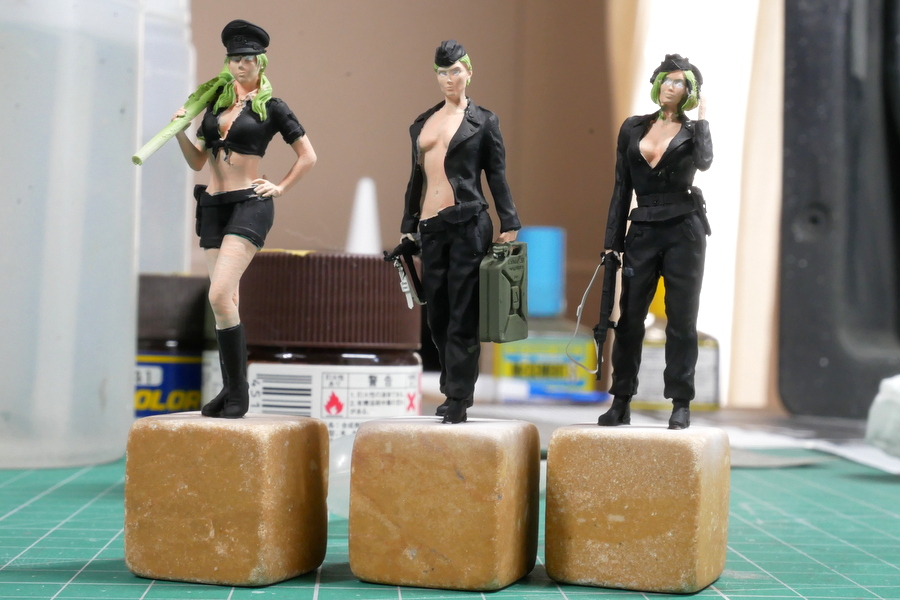 I have seen in a book that it is written that the skin color gets better when I paint over green paint, so I tried it. But I’m not sure. As it is 1/35 and a female figure, the body is small and the painting area is small, so I don’t know the effect. 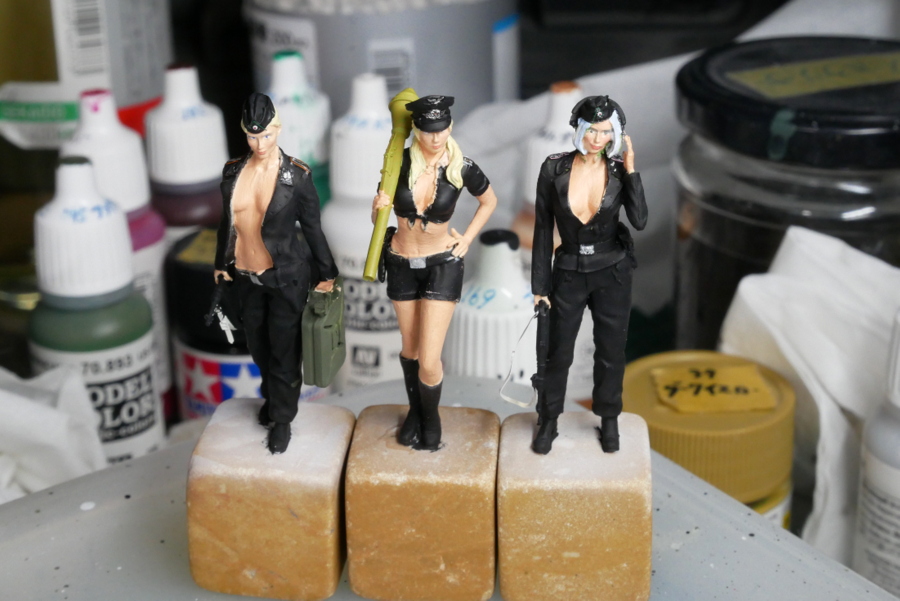 I put on a Tamiya rank seal. I cut out the ones that are too big and adjusted them. I thought it was a simple black uniform, it is surprisingly difficult to paint small parts. 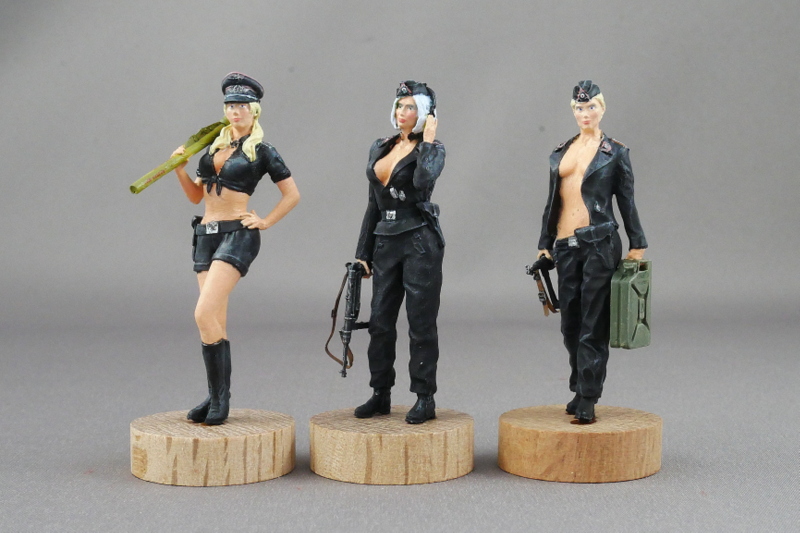 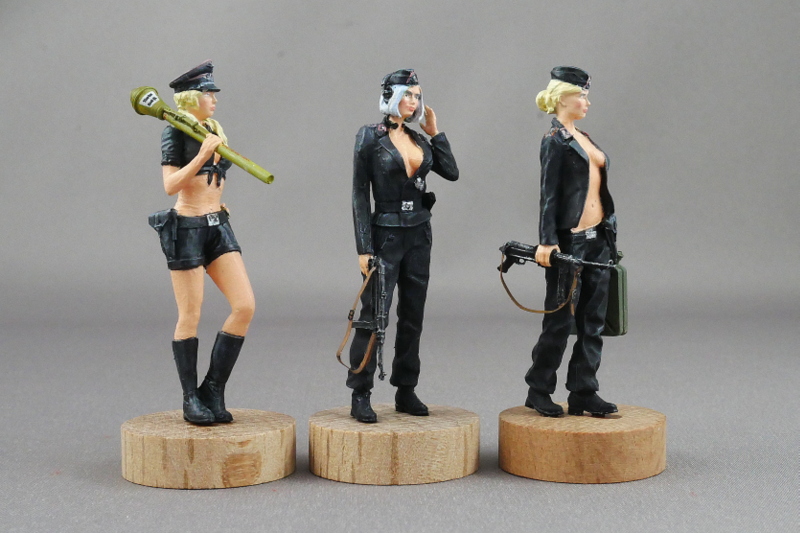 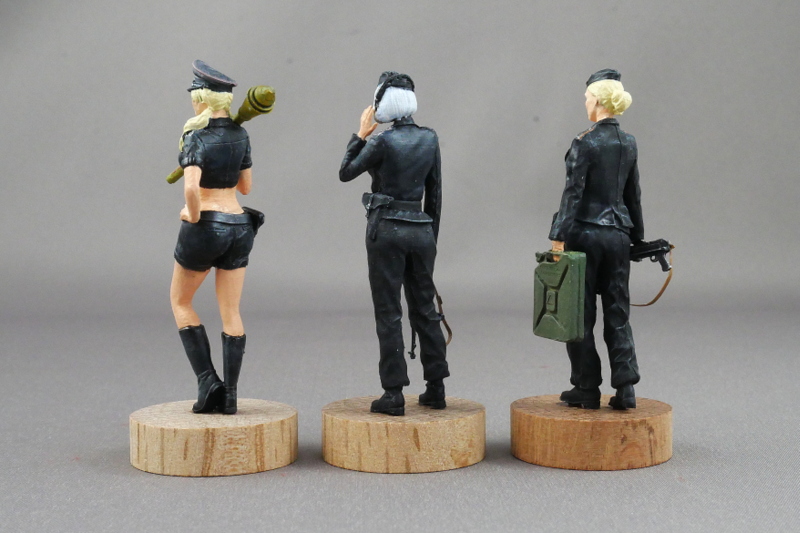 The female soldier figure of ARMOR 35 is rather expensive because it is made of resin. I think it cost about 100 dollars for 5 of them including the Russian female soldier I painted before. An injection kit is less than 20 dollars for a set, so resin figures are for enthusiasts. 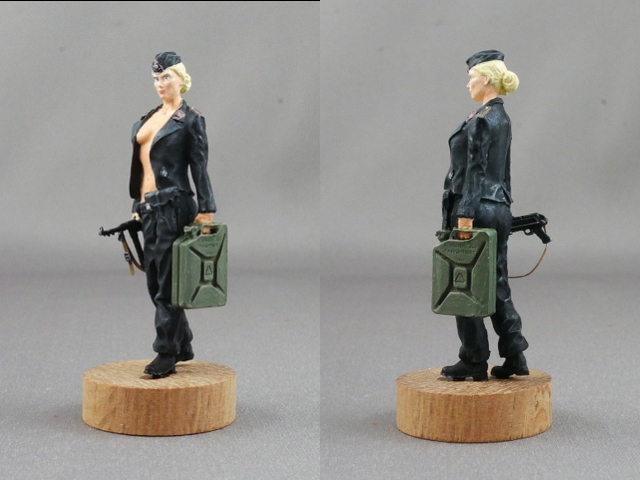 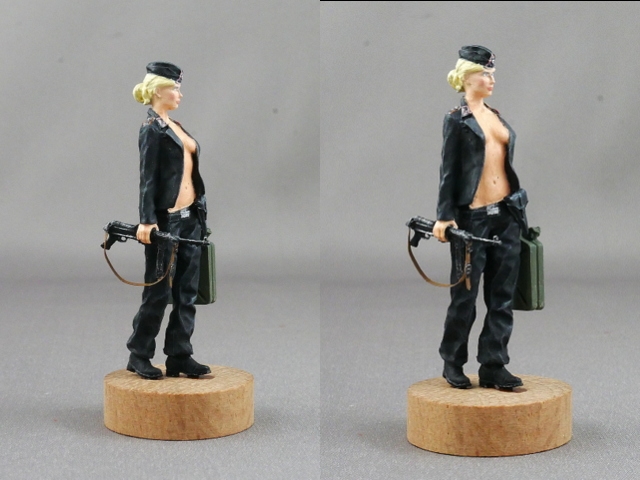 When I painted skin with oil paint, the coating was not smooth, so I patted it lightly with a sponge file, but it didn’t turn out as ideal. It is especially hard for figurines with a lot of exposure. I usually paint only khaki and green clothes, and the skin part is a little so it is very different. 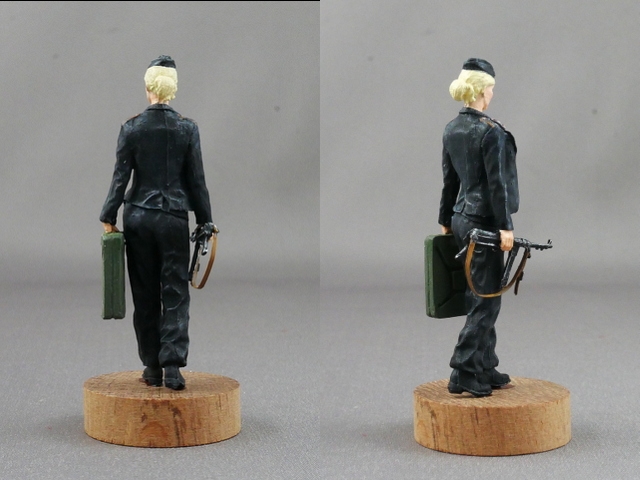 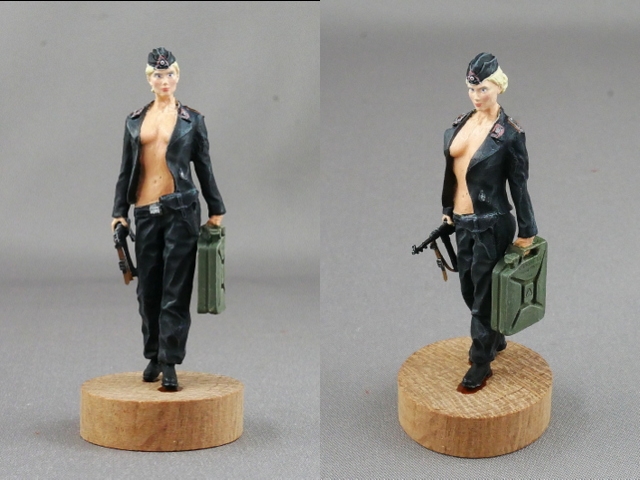 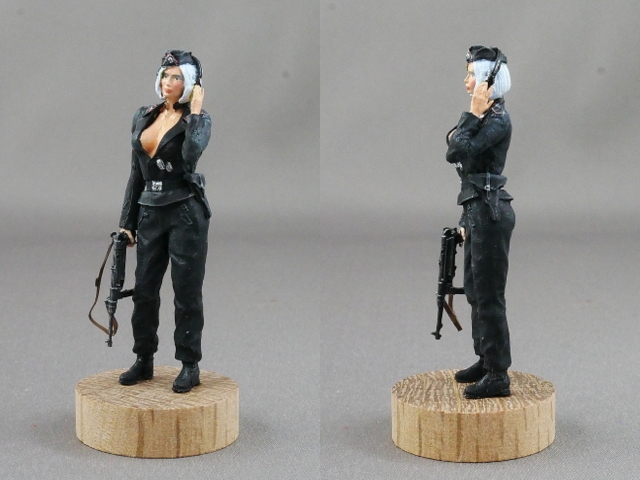 It’s hard to paint a face. It’s been a struggle. If it had a deeper mold, it would be easier to paint. I thought a similar thing about the Zilpra figure I made before. 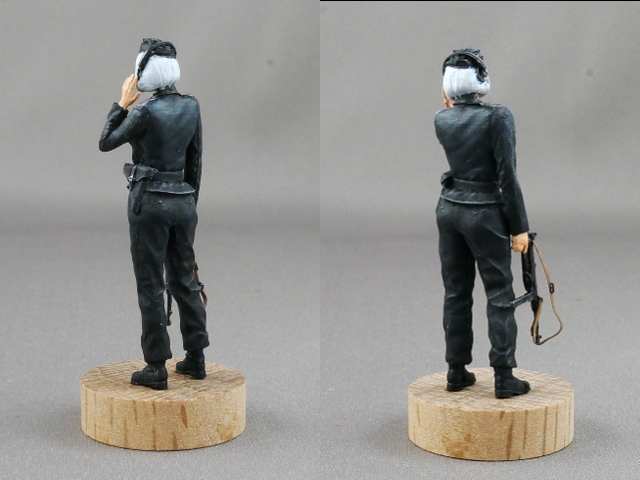 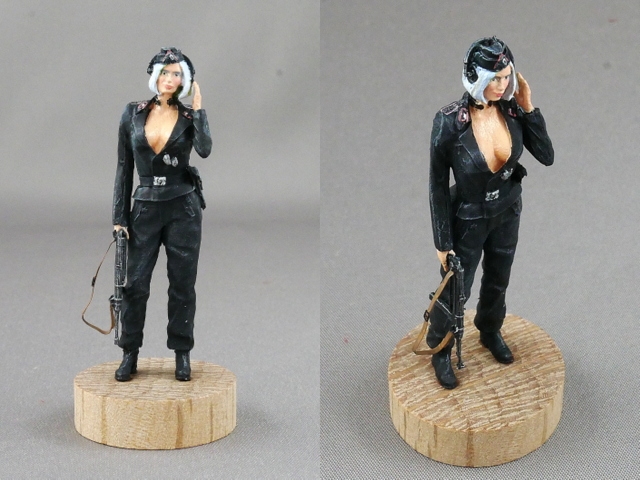 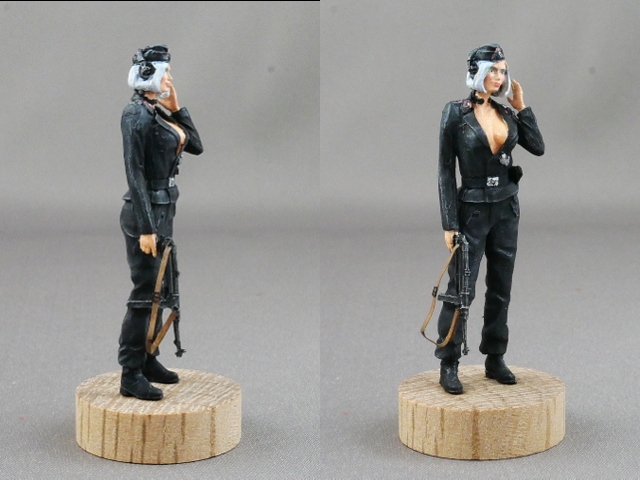 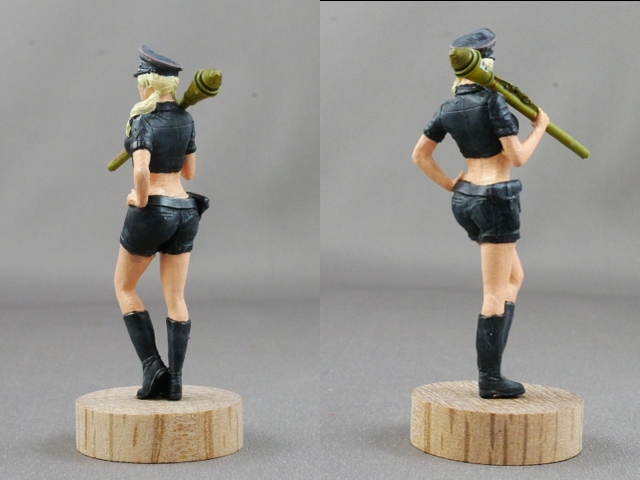 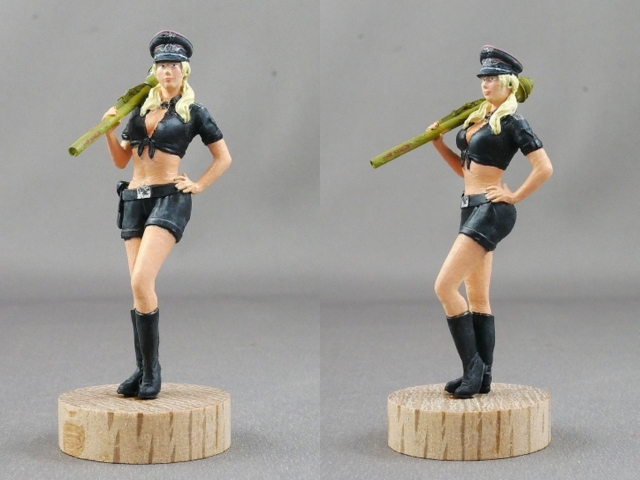 Maybe in those days I made a lot of figures and had enough, and I might have wanted to get rid of the tiny parts and become light. It’s strange because I want to make a figure again after a while. 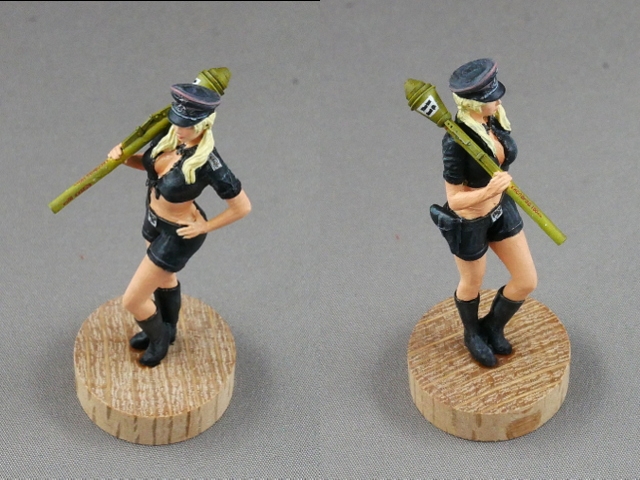 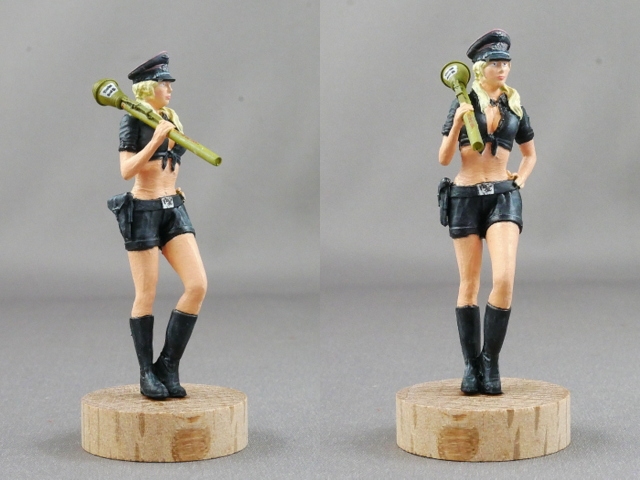 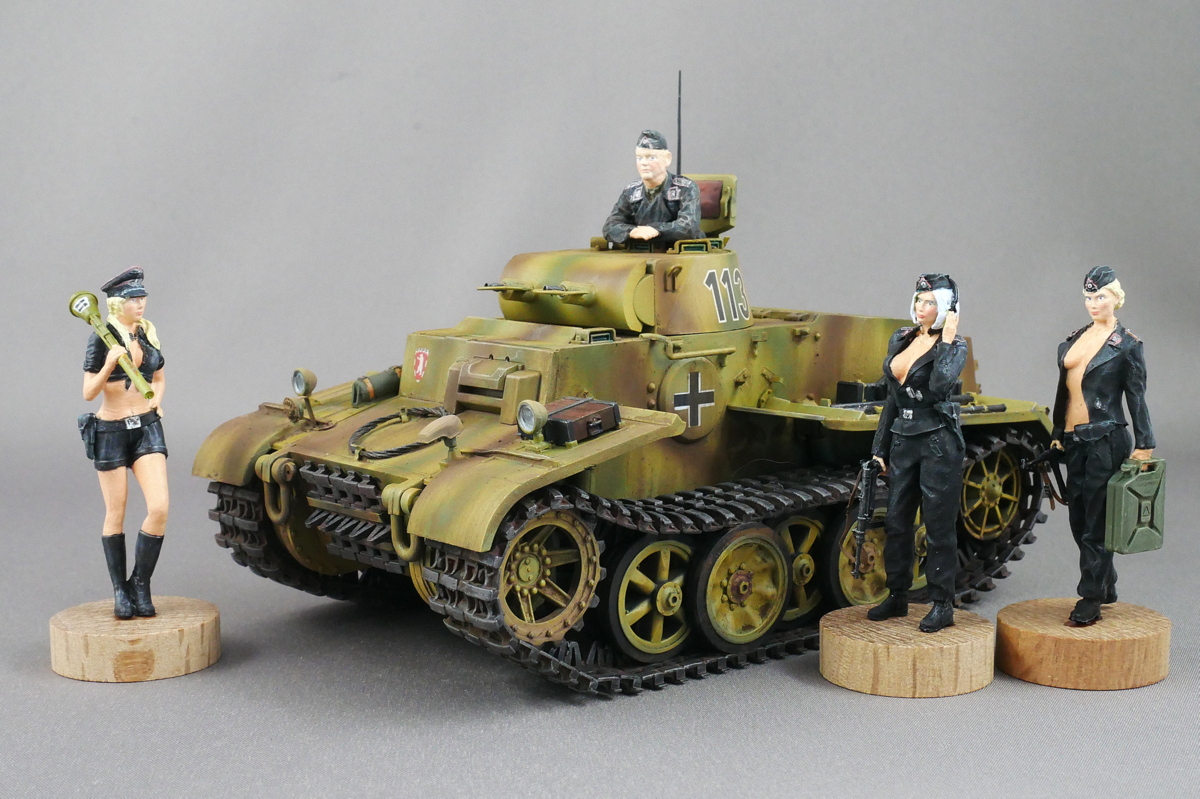 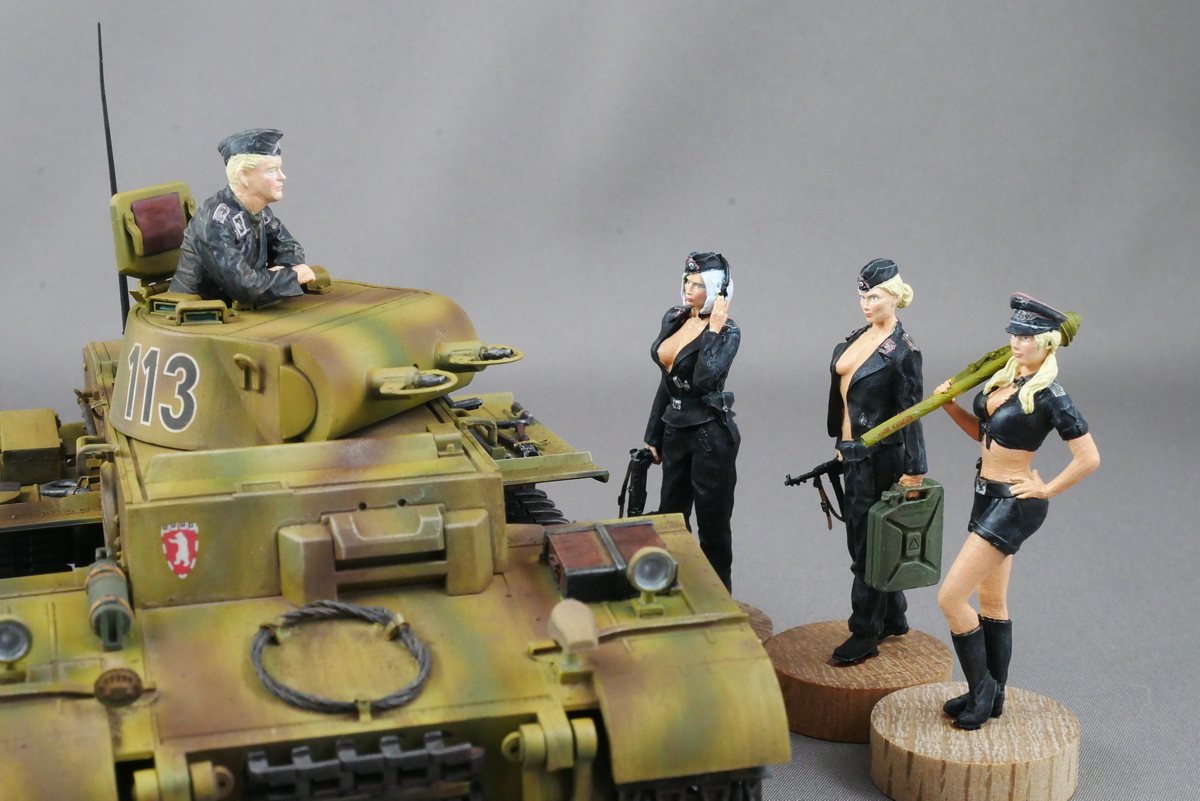 So I lined it up with the German tank type-I. I think these ladies’ figures would look better if they were lined up with a stronger-looking tank like a King Tiger or a Tiger I.
(2022/02/26)

It's been a long time since I painted a figure, and the face became completely white. Is it too much to say that they are Westerners? There are various patterns of camouflage uniforms for the German army. Tank soldiers belonging to LAH (1st SS Armored Division Leibstandarte SS Adolf Hitler).

It is a German infantry figure of Dragon just before the end of the war. I think it is a good kit as a whole, such as the arrangement of the 4 figures, the natural pose, and the molding of equipment. The mold on the back of the bootleg is fine, I like it.

They are Alpine German tank crew in winter uniforms. The class badge on the sleeves such as anorak or camouflage smock is a little different from the collar or epaulette. Since the fine mold has been reproduced, a detailed class badge has been drawn on the left sleeve.

Dragon German Sturmpionier figure set. This kit is quite old. At that time, many dragons had large bodies. The face is painted with oil, and acrylic paint is used after that.