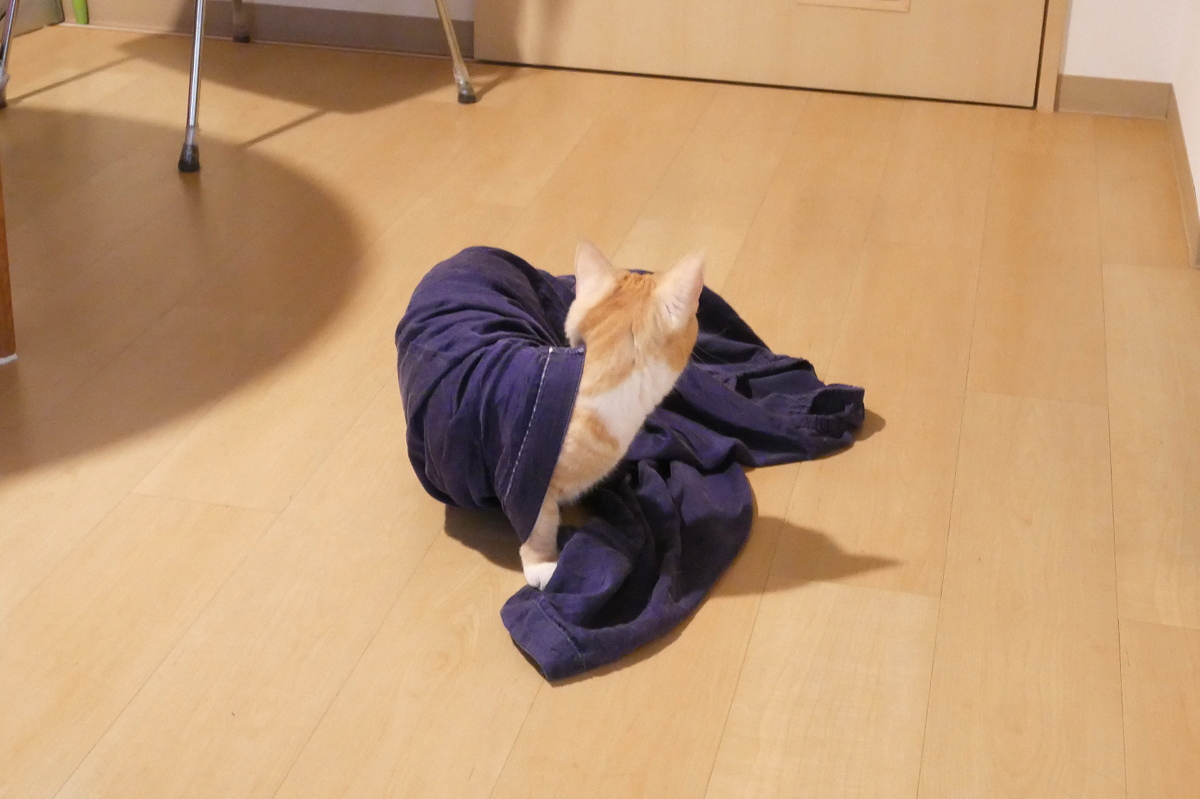 The body is grown up completely. It’s a Munchkin male, Chai. He’s messing with the folded laundry. He’s playing with my pajamas or sneaking into my pants. When I fold the laundry, the cat gets in the way every time, which is the everyday life of a cat keeper. I don’t know if it’s a cat hair-changing period, but the hair falls out abnormally at this time of the year, so my laundry is full of hair. 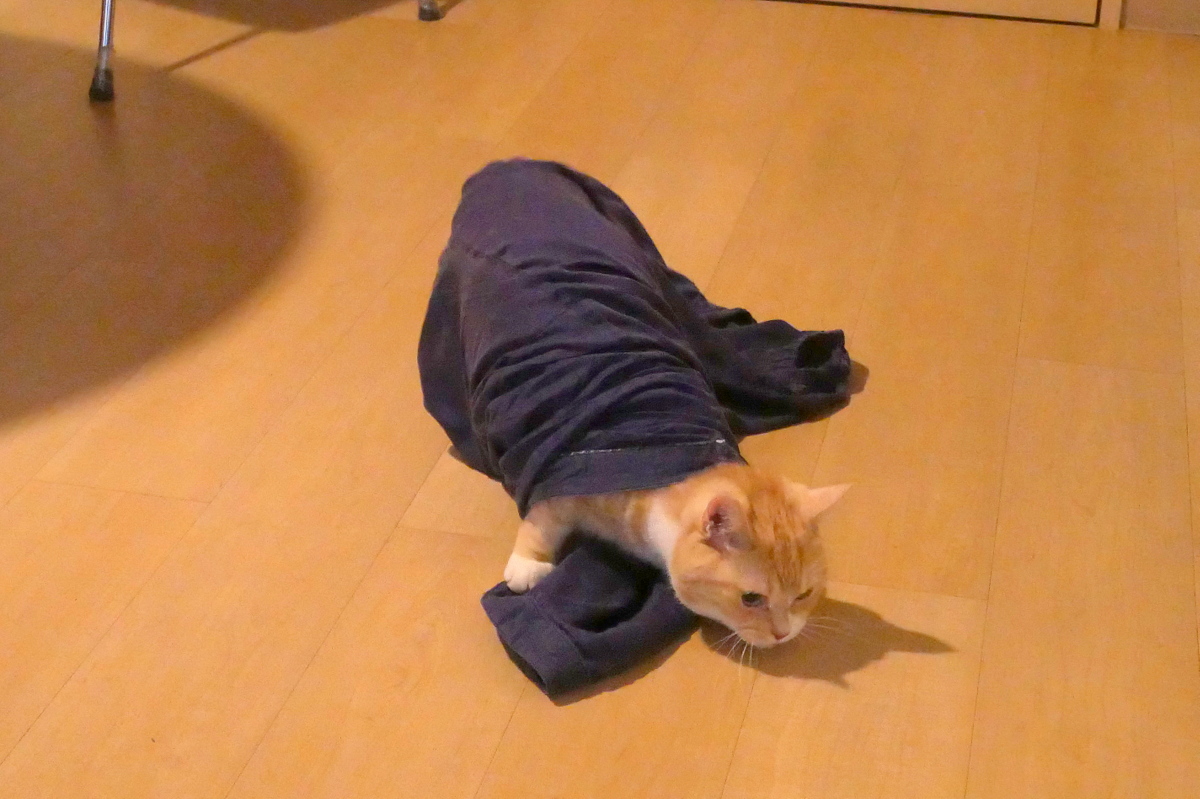 Speaking of vaccines, it’s not about Pfizer or models, but about cats. The other day, a veterinarian gave him a 3-type combination vaccine. He was injected into his left thigh. Chai didn’t make much noise, but he was a little down. It’s hard to go to a veterinarian because we need to make a reservation. 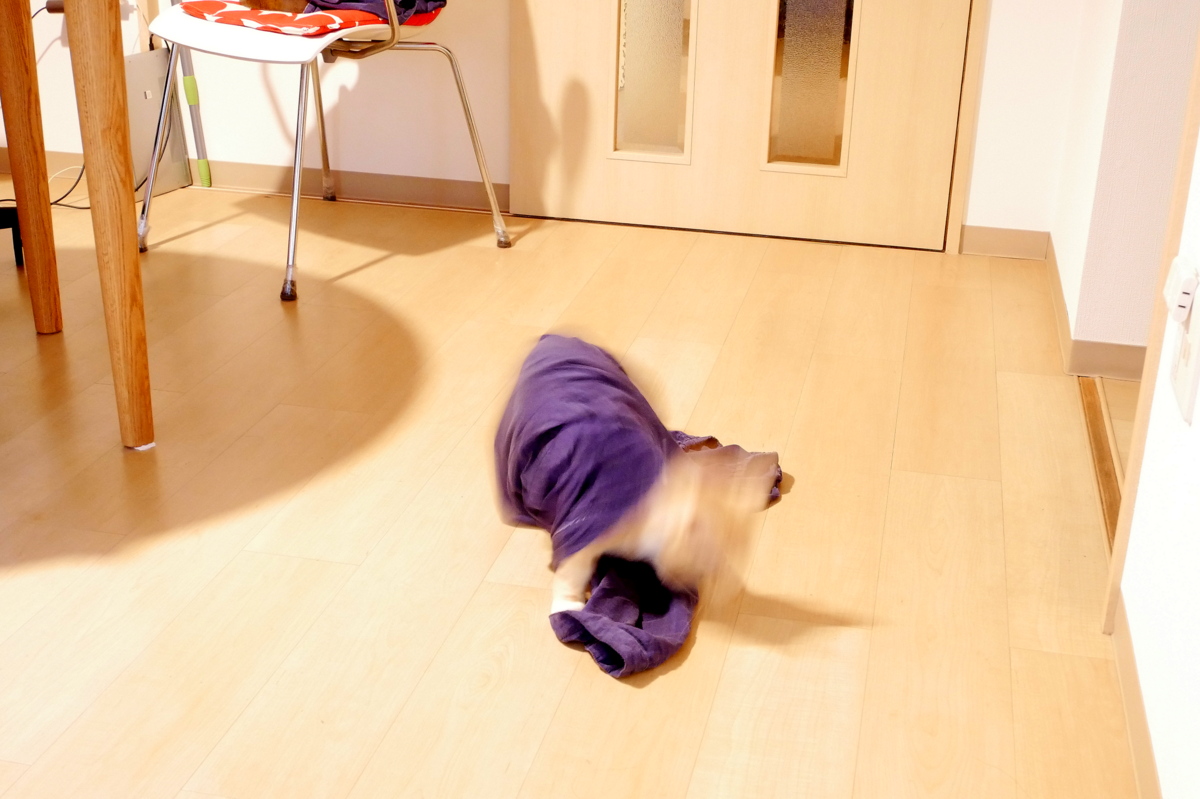 Chai’s weight became 4 kg. I thought 3.6 k was the best weight so I think he put on a little weight. But I think the bone structure has become stronger compared to a year ago. But cats don’t grow for many years after they are born. The veterinarian told me not to exceed 4kg. Now I’m giving pet food of Royal Canin or Purina One for neuter cats. The other day, I saw in some magazine that Pulina One was by far the best-rated food in the market, which makes me happy as an owner. But this might be stealth marketing from a magazine. Well, it doesn’t seem to be a problem for health at the moment. 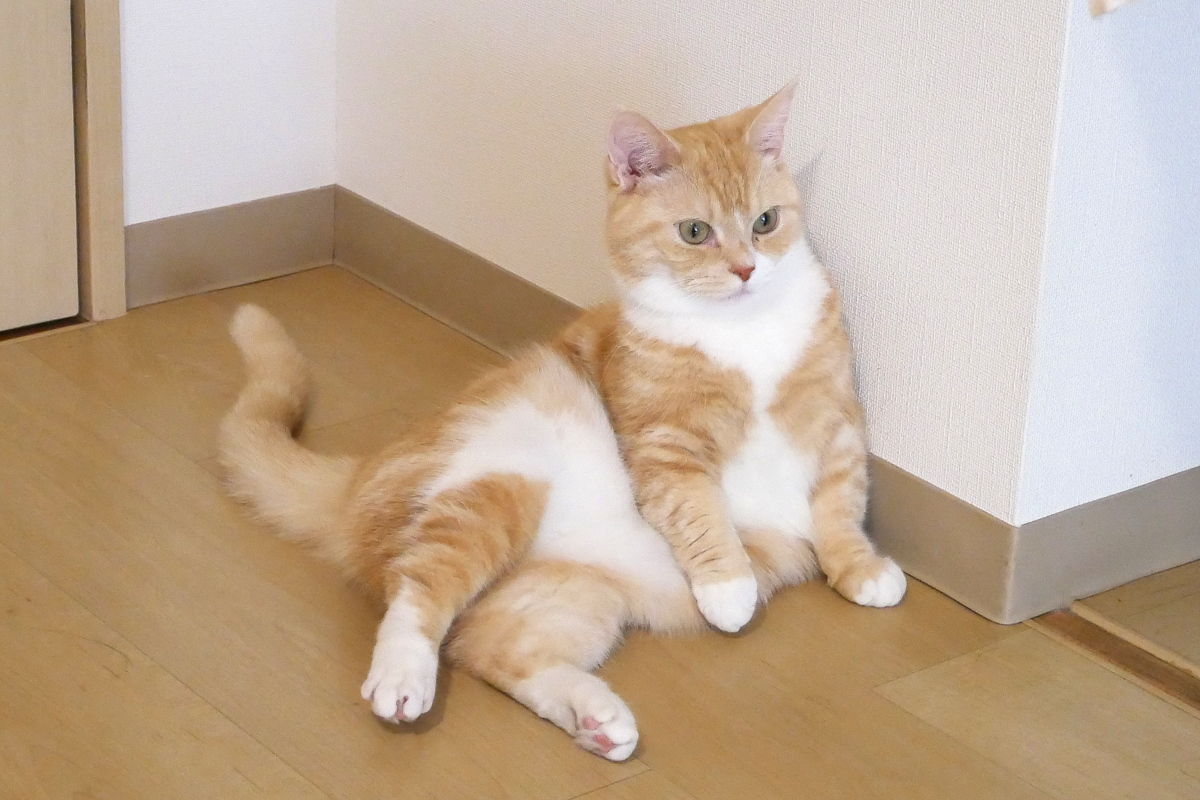 The thick hair between the pads of the legs is a sign of house cat overprotection. 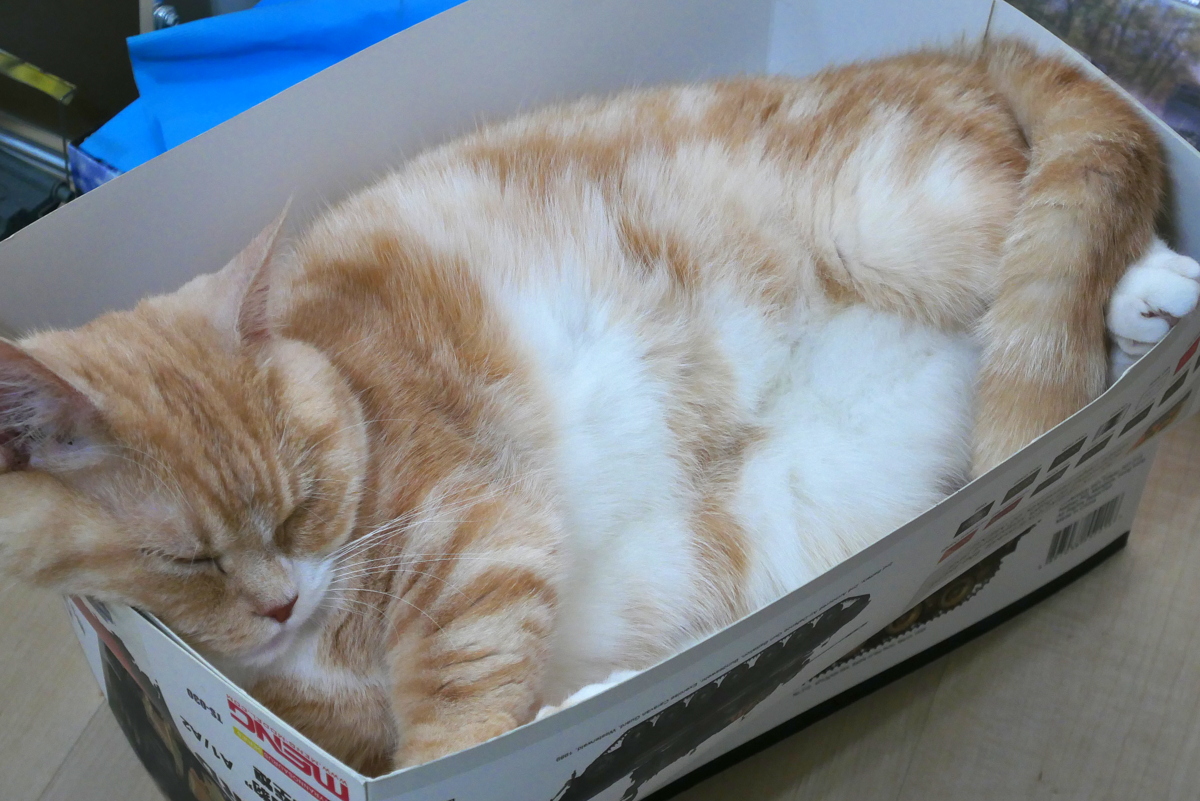 When working on my plastic model, Chai usually comes in the way or takes a nap in a nearby box. He always follows me or my wife around, so I’m worried that if we have a little more sticky relationship, he will have a separation anxiety disorder. So far, I think I’m keeping a sense of distance. Cats are not allowed in the bedroom at night while sleeping. Sometimes I don’t know if he’s hungry or lonely early in the morning, but Chai meows. 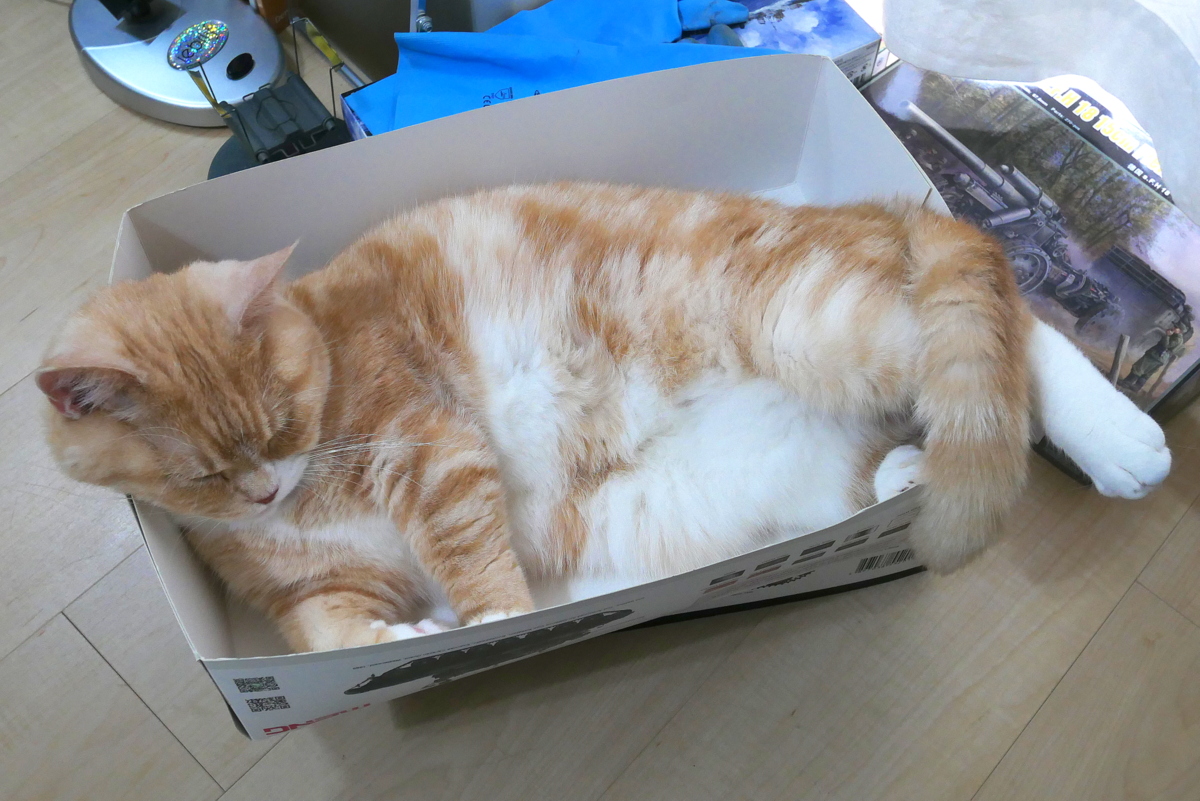 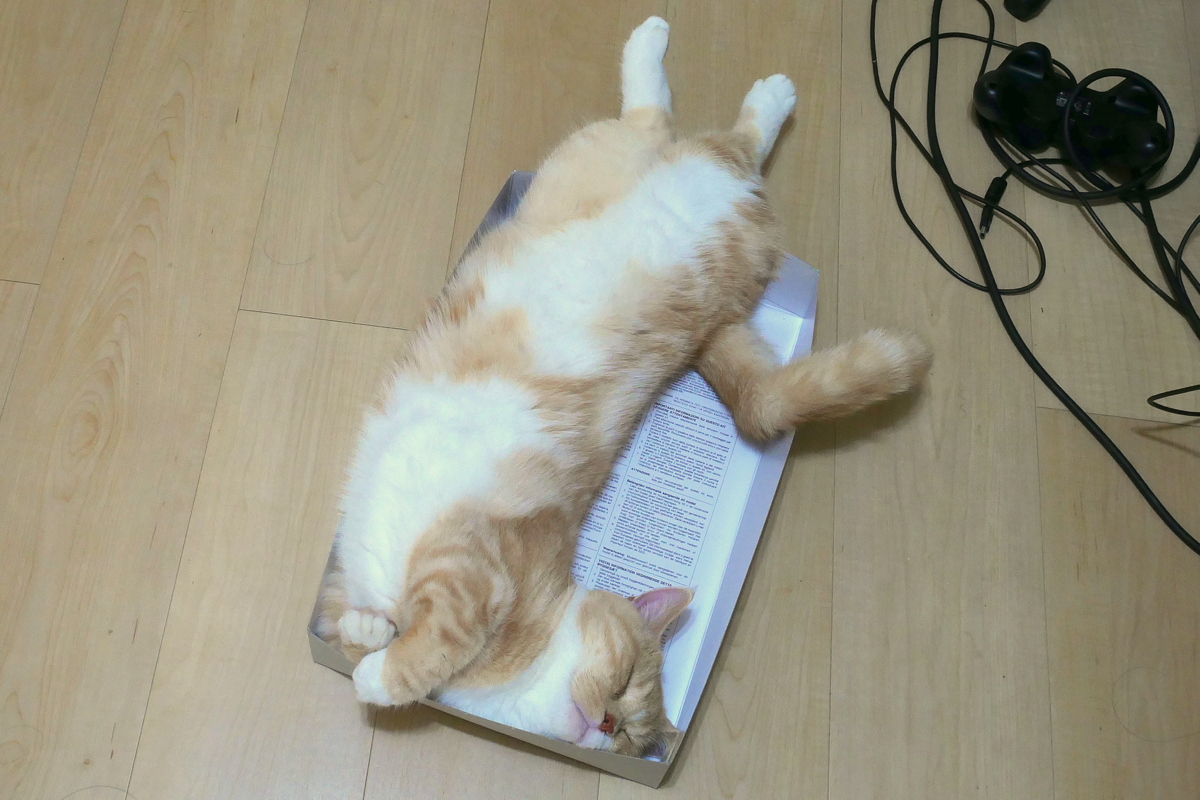 In making plastic models, there are many dangerous things for cats such as fine parts and sharp tools, so when I cannot pay attention to cats, I keep Chai out of the room where the model is made. In the past, important parts were broken. It’s all right if he breaks the model, but it’s very dangerous for him to swallow it by mistake or get medicine on his body. However, if I look at the behavior of the cat, it doesn’t seem to do such a reckless thing. I don’t think Chai eats anything dangerous. It might be swallowed when he is excited playing with the object, so it is important to be careful. 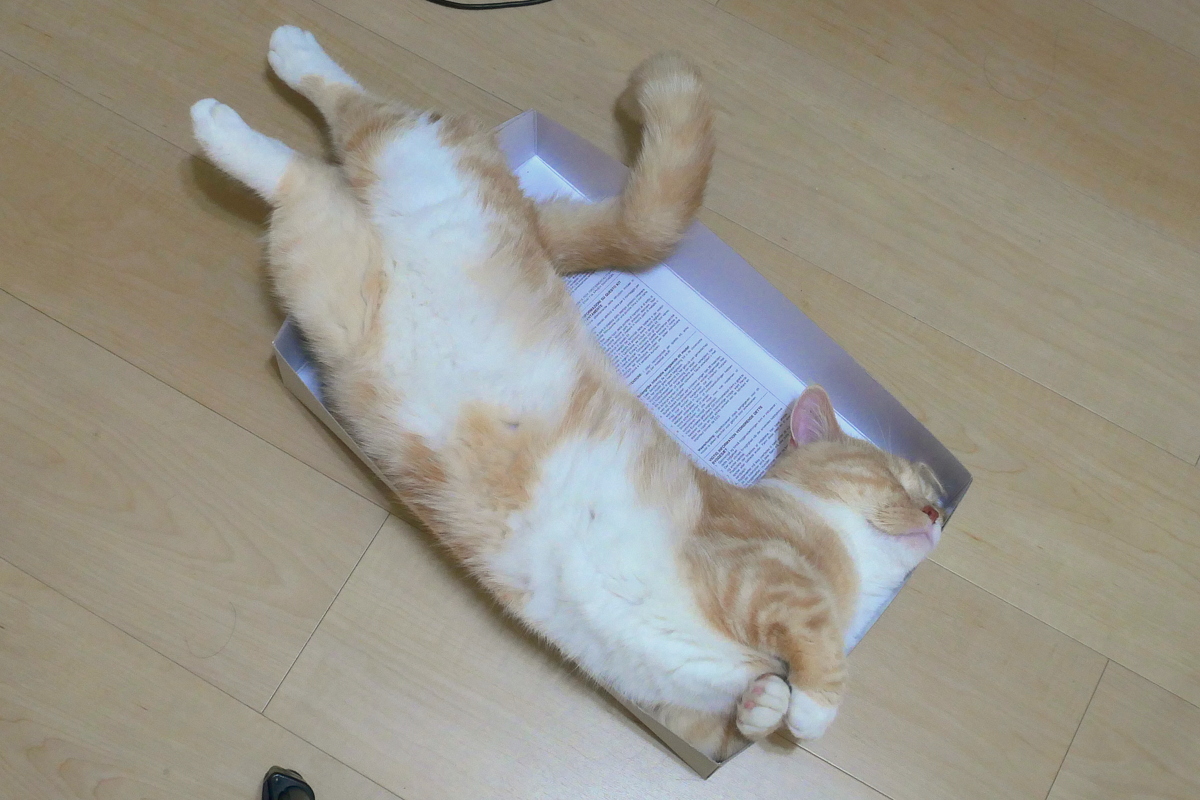 Even though I think he is in a lazy pose, I let him sleep where he likes because the fact that he sleeps showing his belly is proof that he recognizes the house as a place where he can relax. Please don’t just sleep next to my computer keyboard, roll and press the escape button. In other words, when a cat is sleeping on a desk, a small object is used to guard just the corner of the escape button. 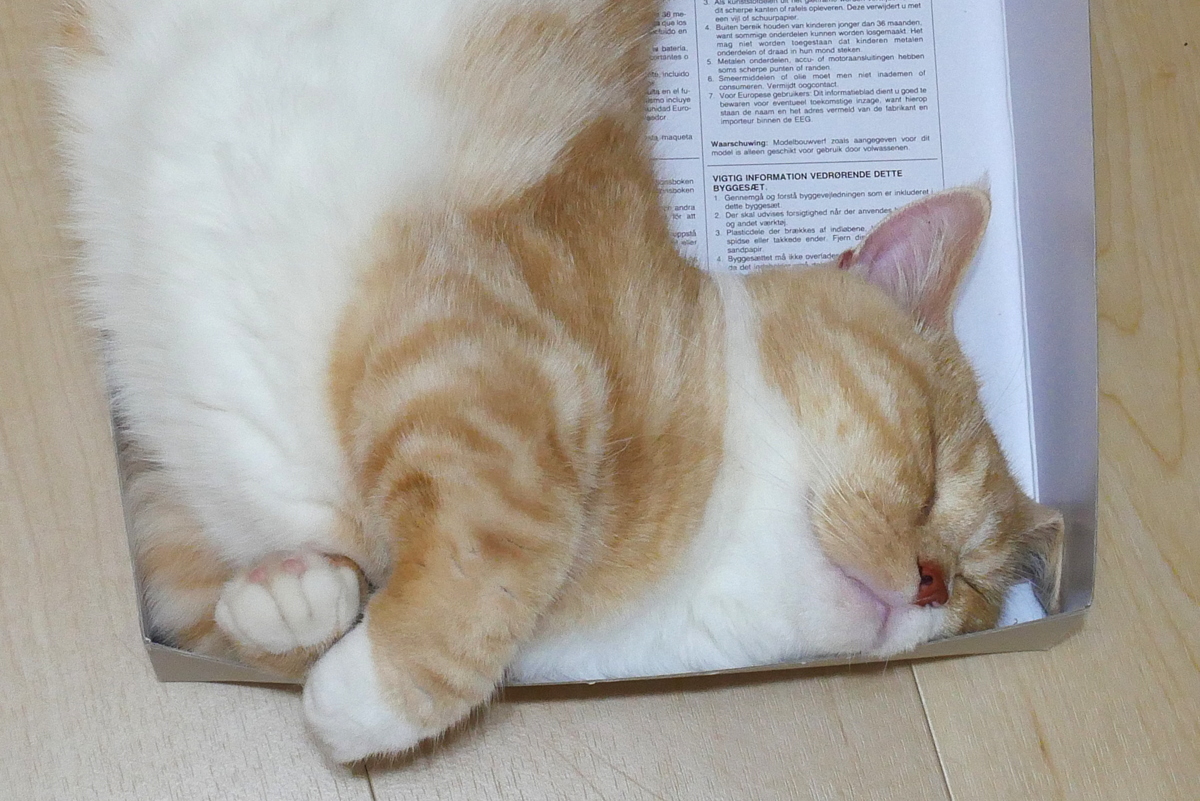 In this case, Chai doesn’t get up much even if I touch his face, chest, or stomach. Is it difficult to live in the wild here? I mean, it’s 100% impossible. 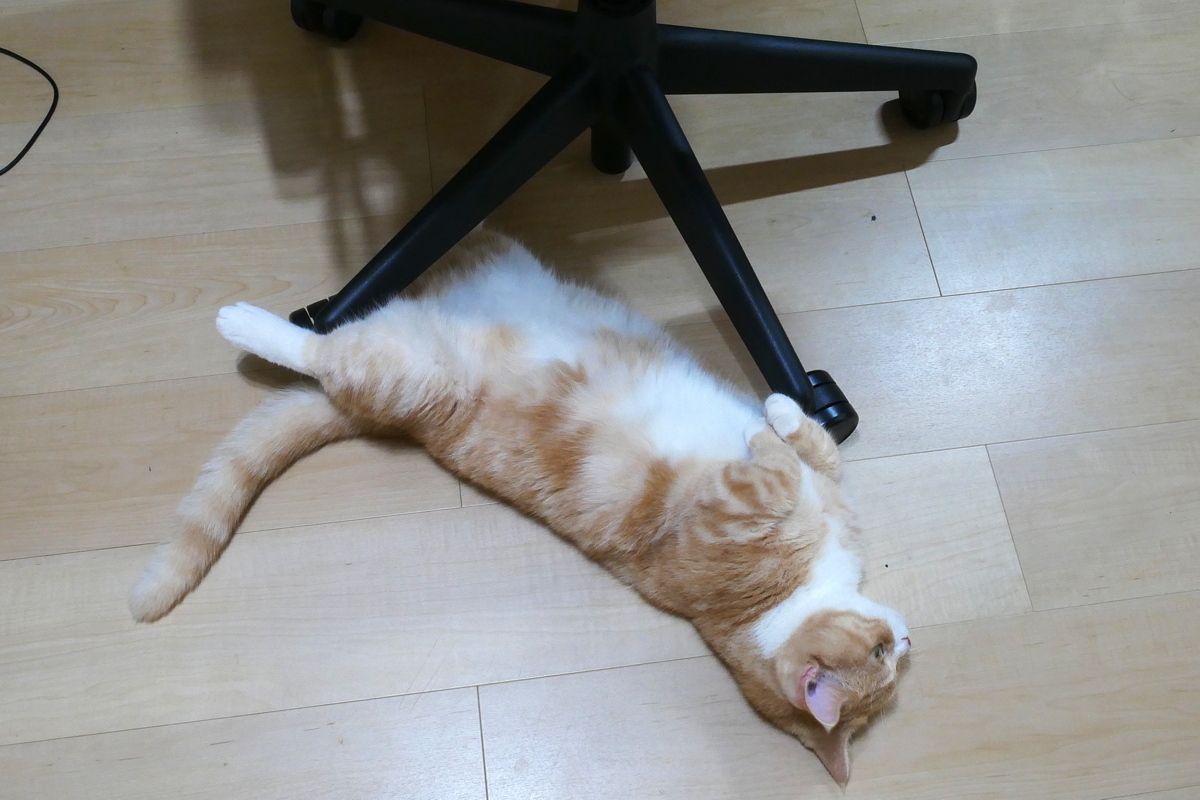 It’s a chair with casters. I’ve been using it for about 20 years. It’s quite expensive and I like it, so I don’t want to give it up so easily. Chai sometimes sleeps in a place like this without noticing, so it is very dangerous that he may be run over by a chair. I wrote above that he wouldn’t do anything dangerous in common sense, but that’s not true.
(2021/06/28)

This is a recent report about my cat. Munchkin Chai. He was born in January last year, so he became an adult cat in 1 year and 4 months. Last fall, his ears were worn out due to cat mold, but it was cured a long time ago, and he has been doing well without any disease recently.

He is now very friendly and has become a cat that often rides on my knees. I thought my cat would hate me because I cut his nails every two weeks and sometimes clean his ears.

I couldn't share it with human tableware forever, so I bought cat-only dishes. I heard that Nekoichi's food bowl and water bowl are standard among cat owners. Since we came all the way here, we chose the special version of 2019 with a painting of Mt. Fuji.

As I sometimes introduce on this blog, I was in trouble because my cat got entangled in the legs of the chair, so I bought a convenient item.

My cat is now 2.4 kg after 5 months. When he came here, his weight was about 1kg, so I was surprised that he would grow this much in 2 months. As for castration surgery, I was told to wait and see a little more because some kittens have not had their testicles down yet. His testicles are getting better.

He is Munchkin Chai who has been treating cat mold since July and August. I was taking itraconazole every day until August. The symptoms have improved since September, so I reduced the medication to twice a week. He is getting better.
スポンサーリンク
Jagdpanther Ausf.G1 Sd.Kfz.173 Meng Model 1/35
German Flakpanzer Gepard A1/A2 Meng Model 1/35