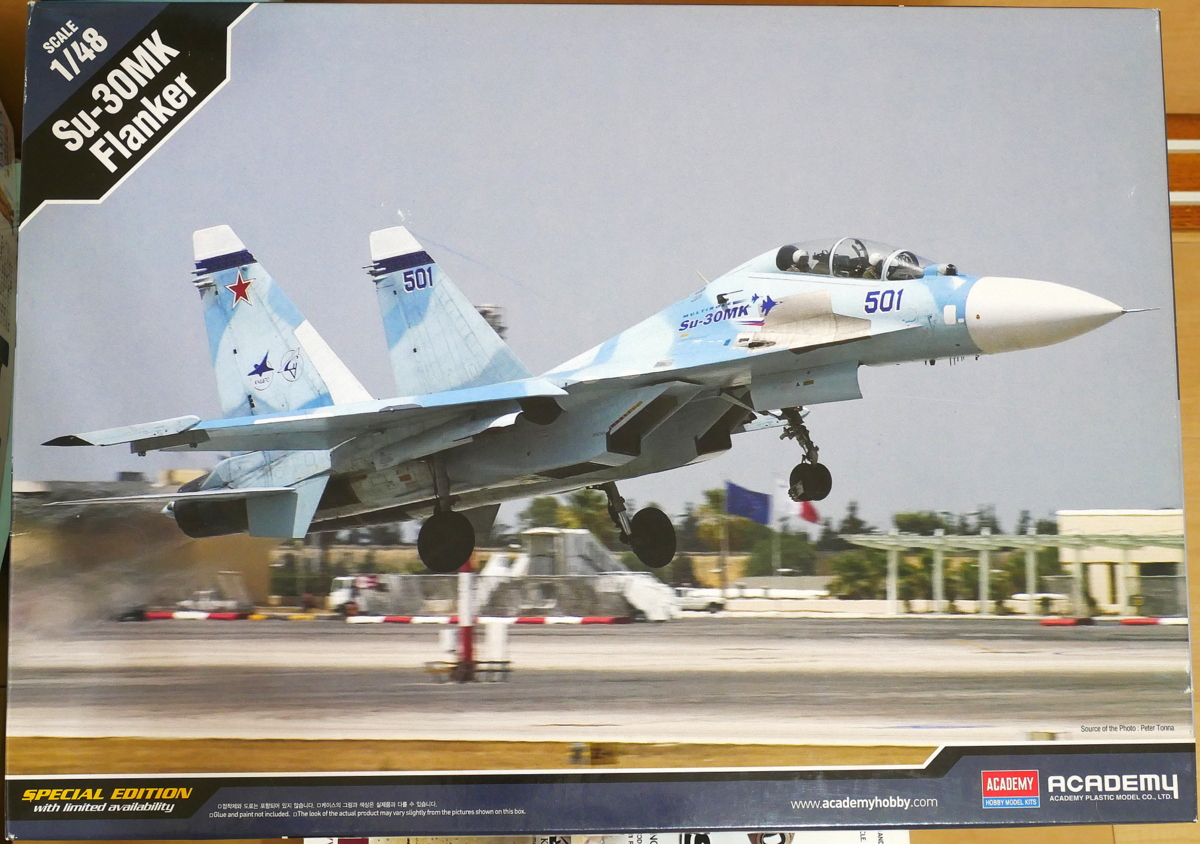 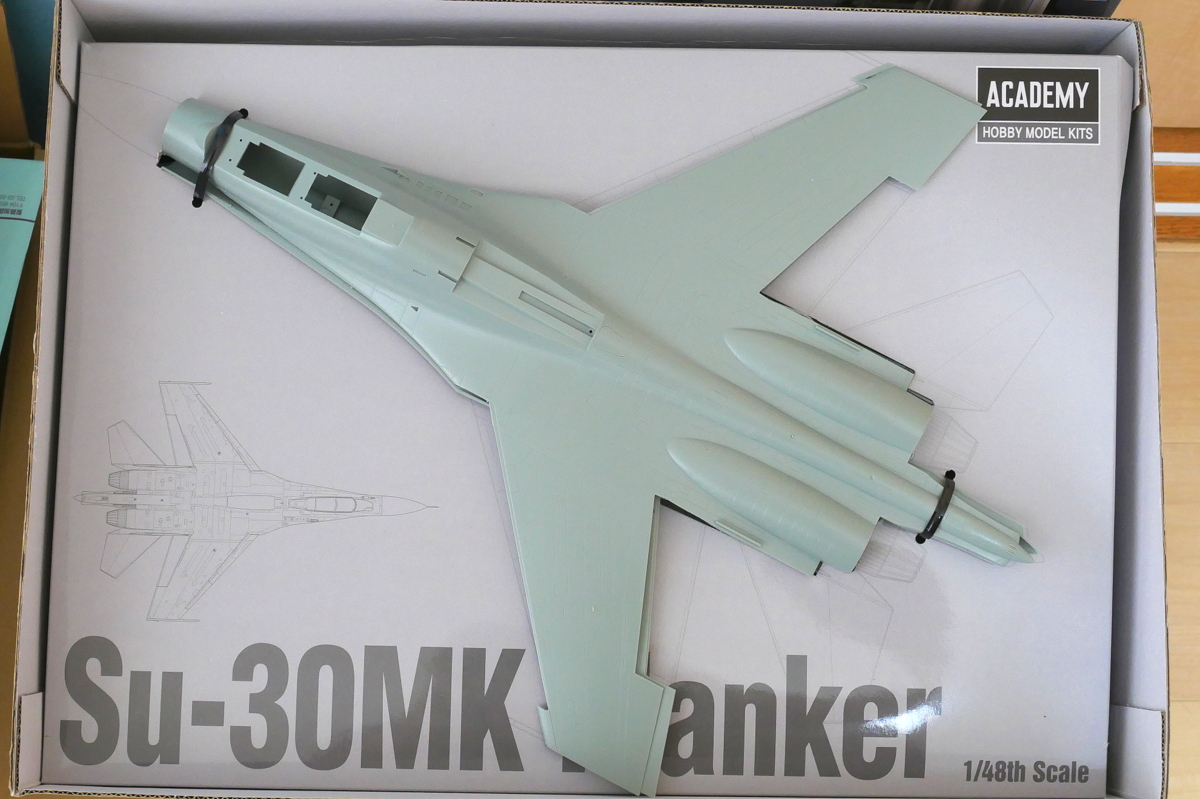 Oh! When I open the box, suddenly there are upper and lower parts of the aircraft. How exciting. This kit is sold with additional parts for Su-30 in the Su-27 kit. According to the instruction manual, it seems difficult to handle many things. Since the shape of the vertical tail is different, the Wolfpack remodeling kit is recommended.
I wonder if the modified mold version is a modification of the wrong part of the Su-30MK or an improvement of the details around the cockpit from the Su -27. Unfortunately, I don’t know much about it as I’m not a Flanker expert or familiar with current jets. But it says that the upper end of the vertical stabilizer should be cut and the different parts should be attached. Also, the Su-30MK does not have a canard, but the export model to the Indian Air Force is a different type. If I compare it to the AFV, the German Type IV tank has a lot of differences between Type D and Type G. The Franker family is complicated because there are many variants.
In other words, the upper end of the vertical stabilizer is lowered diagonally backward in the case of Su-27 and Su-30, but the shape of Su-30MK is not so lowered. Rather, the top of the vertical stabilizer is horizontal. The size of the rudder of the vertical tail seems to be bigger. Well… just move my hand to see if I can finish it. 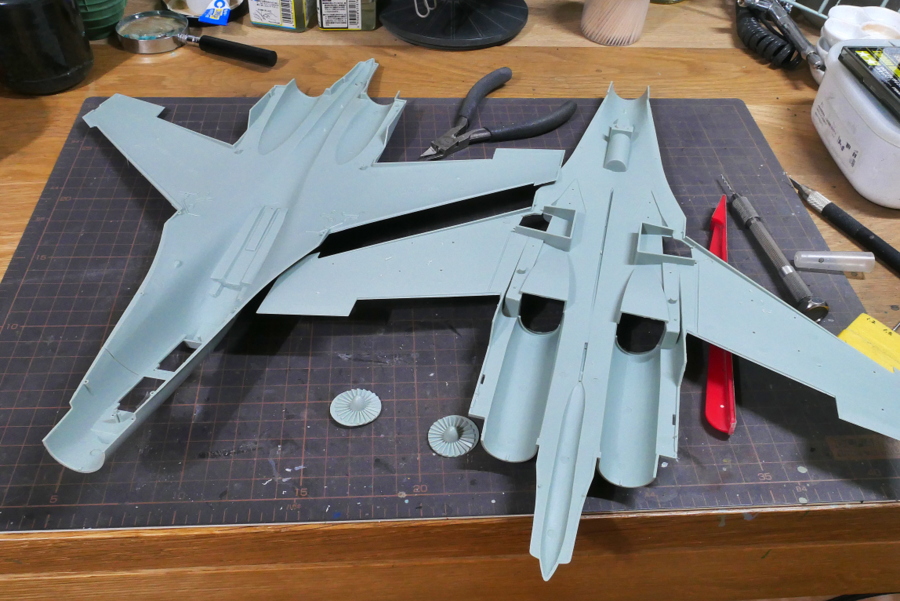 For now, I will glue the parts to be installed inside the aircraft and make many holes to attach the payload. 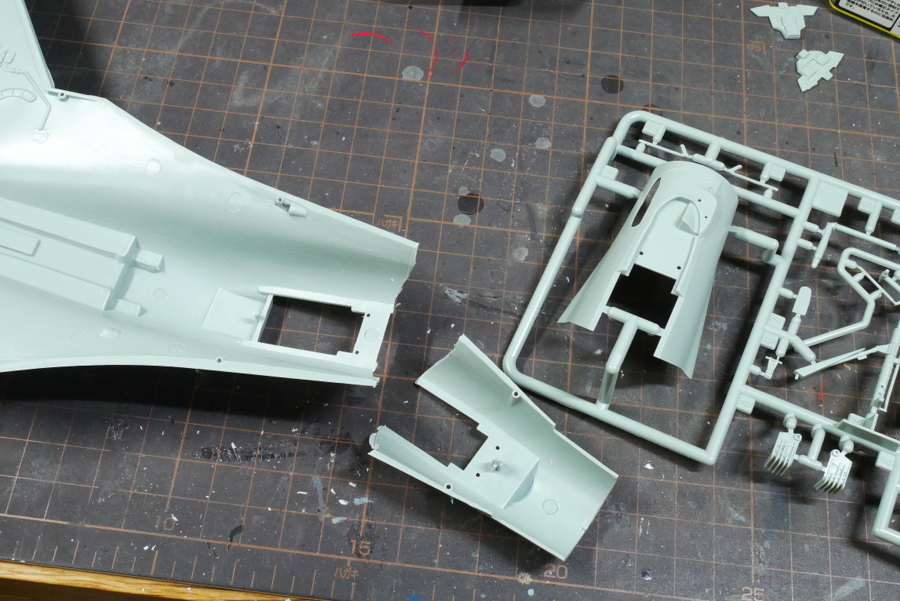 It looks like the nose is suddenly cut off and replaced with parts for Su-30MK. I don’t like chopping these parts. 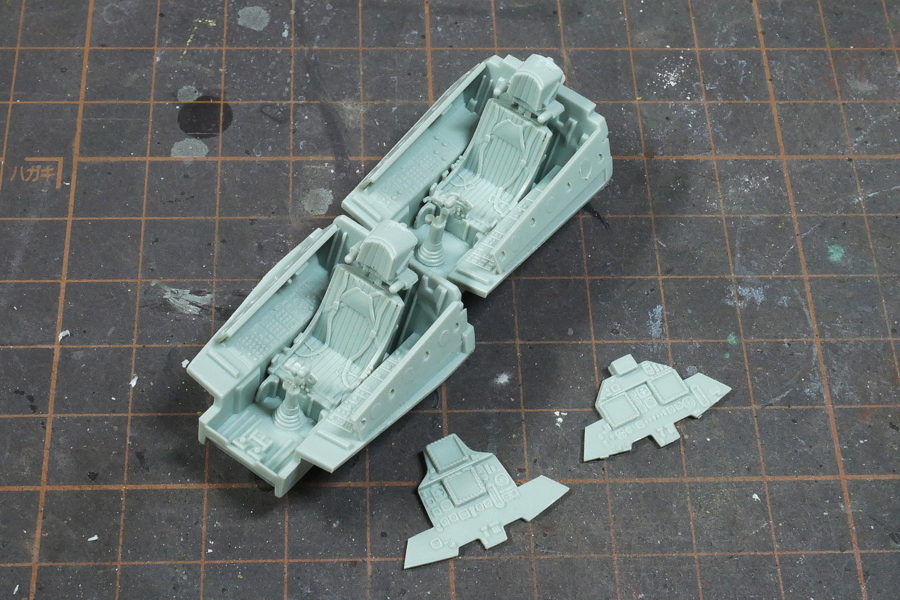 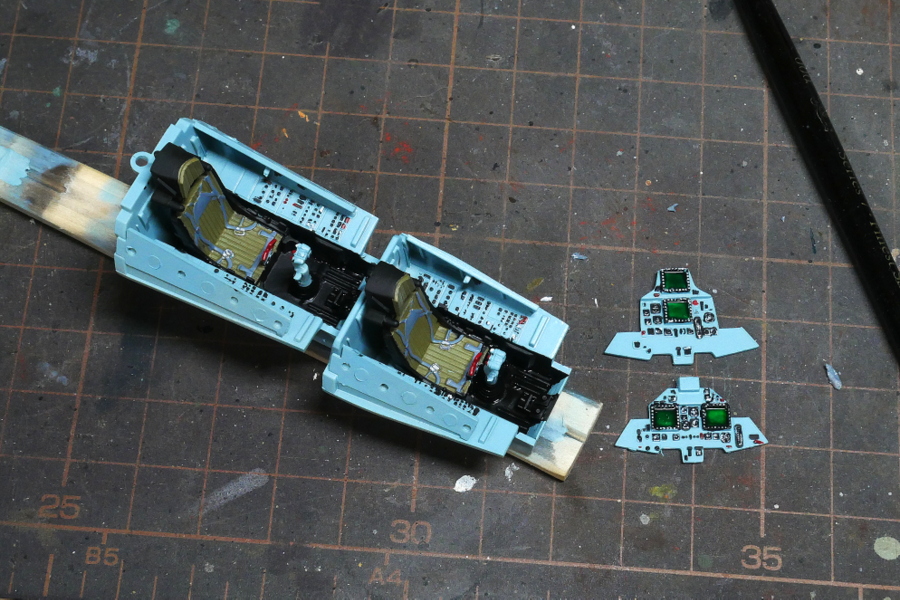 There are no decals such as the meter panel, and it can’t be helped, so I drew them all with a brush. I don’t use any third-party parts, so I think this is enough. 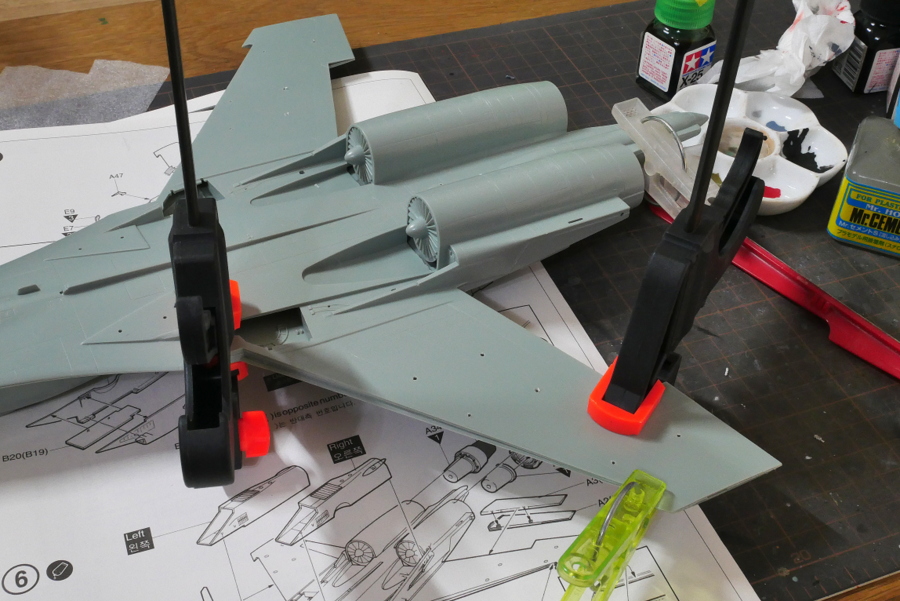 Adhesion of the body up and down is a big task. The adhesive was used from the rear of the fuselage to the main wing and nose, and it was joined as firmly as possible. 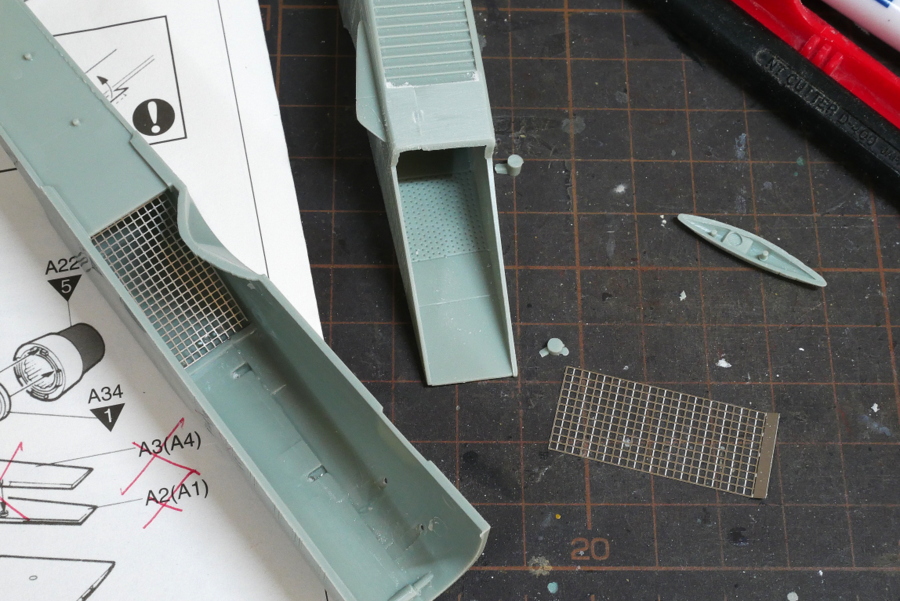 It seems that etched parts are used for the air intake. What is this wire mesh? I guess it prevents birds from inhaling. I think it is something like prevention of dust and some other stuff. 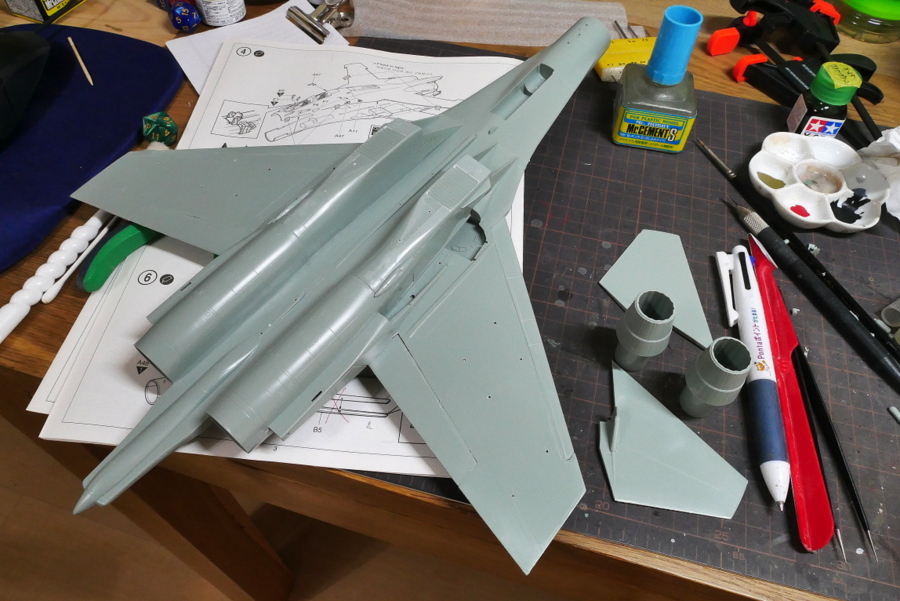 When I make it, the assembly instruction manual seems very simple. However, most of the parts need to be glued together and military equipment such as missiles are attached, so there are many detailed works. 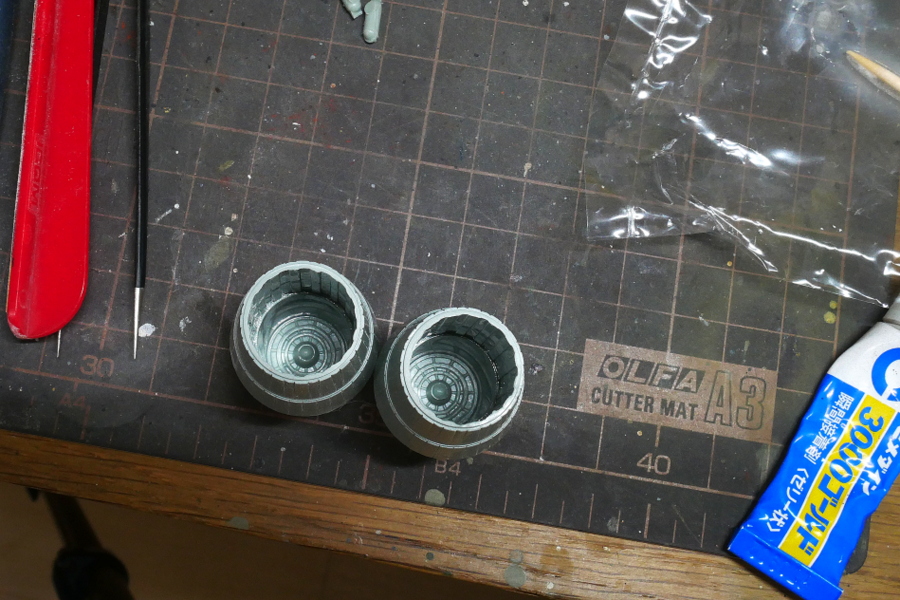 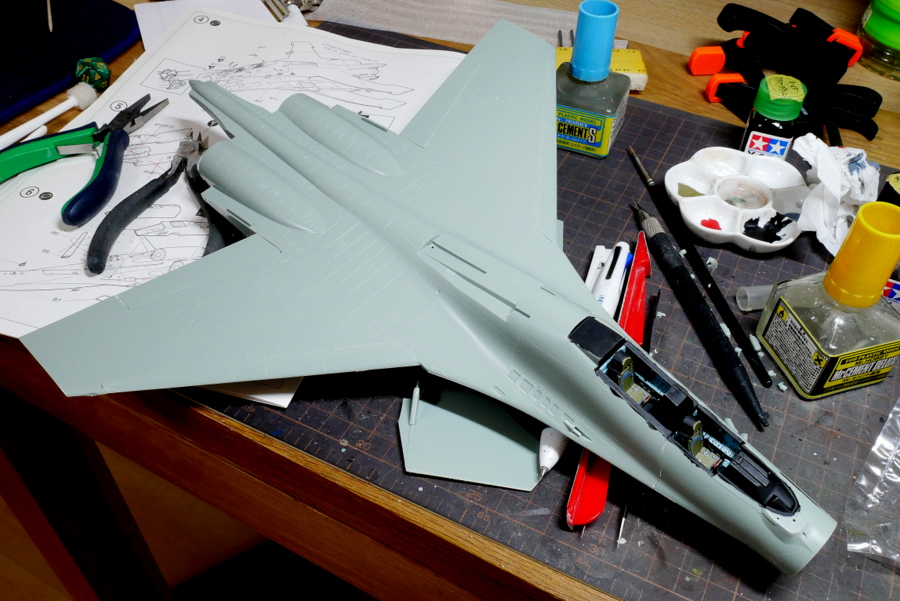 The cockpit section was successfully installed. There is no particular conflict, so it is assembled smoothly. 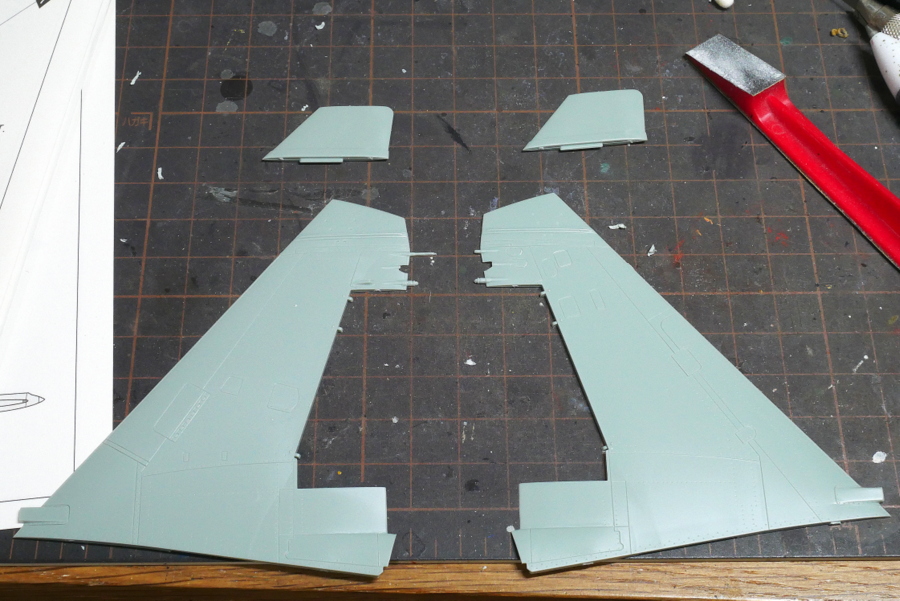 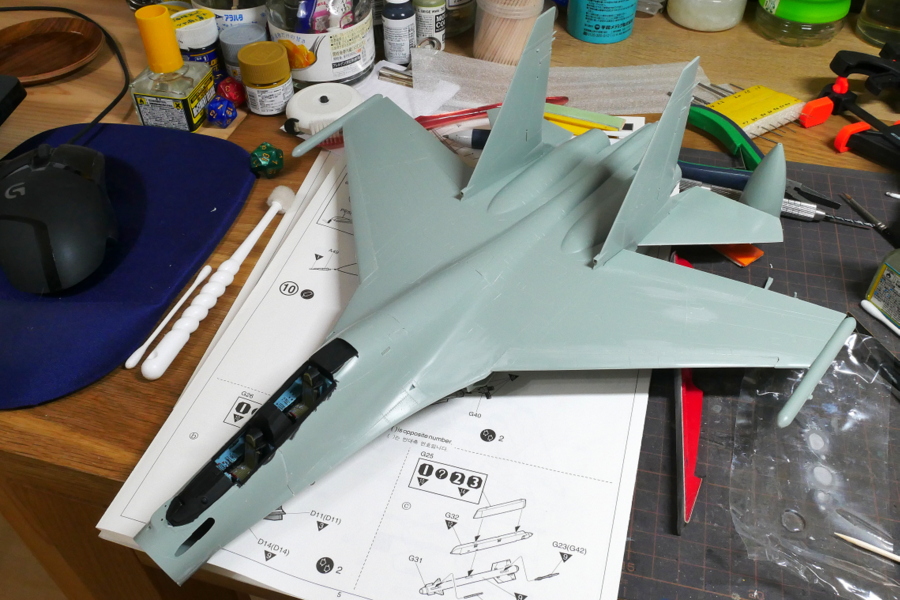 Maybe it’s because of the old kit, there are some parts that have burrs and are hard to match. Since the body is large, each part is large and it is a dynamic assembly. 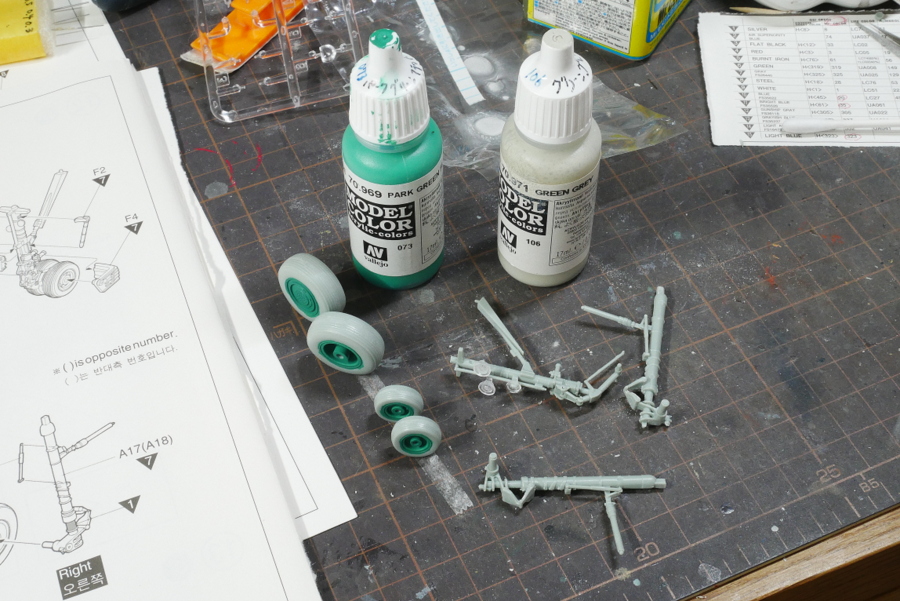 It seems to be troublesome to make detailed landing gears later, so I’m getting started. This time, I think I’ll glue it after painting the whole thing. 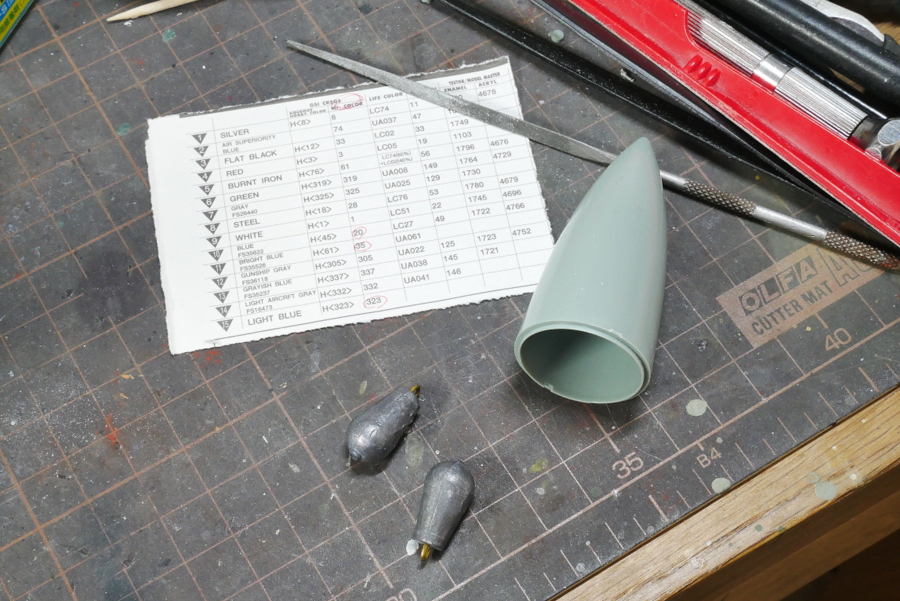 There was no mention of ballast in the manual. However, while it is still being made, it seems to be heavy in the back when I balance in the middle. Just in case, I will put about 2 fishing weights in the radome.
(2021/09/22)

It's Revell Suchoj S-37. The basic color of the aircraft is 80% matte black and 20% blue. Hmm, is this the unique blackish color of the airplane? When I actually paint it, I can't really distinguish the color. If you look closely, it looks bluish.

It's an Eduardo Polykarpov I -16 fighter kit. Comes with a cockpit panel and seat belt parts for detailed details. The Marking is the Generalmajor Ivan A. Lakeev, Hero of the Soviet Union, 1941. The Eduard instruction comments "This aircraft was based with 46th IAP at Vasilkov airfield. Note that this was a VIP aircraft, very carefully maintained, kept clean and polished, in perfect condition. It will be a disappointment to heavy weathering lovers, so be careful with pre-shading and other weathering tricks."

I tried to make Hasegawa Su-33 Flanker D with many arms. The blue camouflage paint peculiar to Russian planes is cool. I am personally satisfied with the bomb equipment on the back. There are many fine decals even on a 1/72 scale.

This is Smer's Su-17 fitter. The marking of this Su-17, which was deployed in the Far East in 1988, the Soviet Air Force No. 302 Fighting Bomber Regiment. The longest item in the middle is the KKR-1T Soviet reconnaissance pod, it has a normal camera and panoramic camera, night photography camera. On the other side of the silver missile pod is the ECM pod, SPS-141 Electronic Countermeasure system, Jammer.

This is Academy's MiG-21MF. This time I chose light brown and dark brown camouflage. I think it is camouflage paint that is often seen in desert areas in the south such as Afghanistan and the Middle East. The weapon of this MiG-21 is one large drop tank in the middle and equipped with Atoll missiles K-13 and K- 13A on both sides.

It is Eduard's Yak-3. The orange Profi-Pack has colored etched parts so it feels a little richer than normal modeling. It's a relatively small body.
スポンサーリンク
U.S. Army Female Soldier Figures Medic and Nurse 1/35