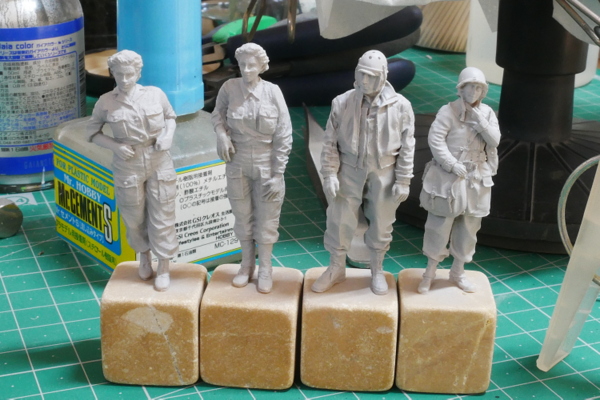 I painted some US female soldier figures while making Sherman and US Truck the other day. The figurines are all small, so I temporarily attached them to a stone cube and painted them. 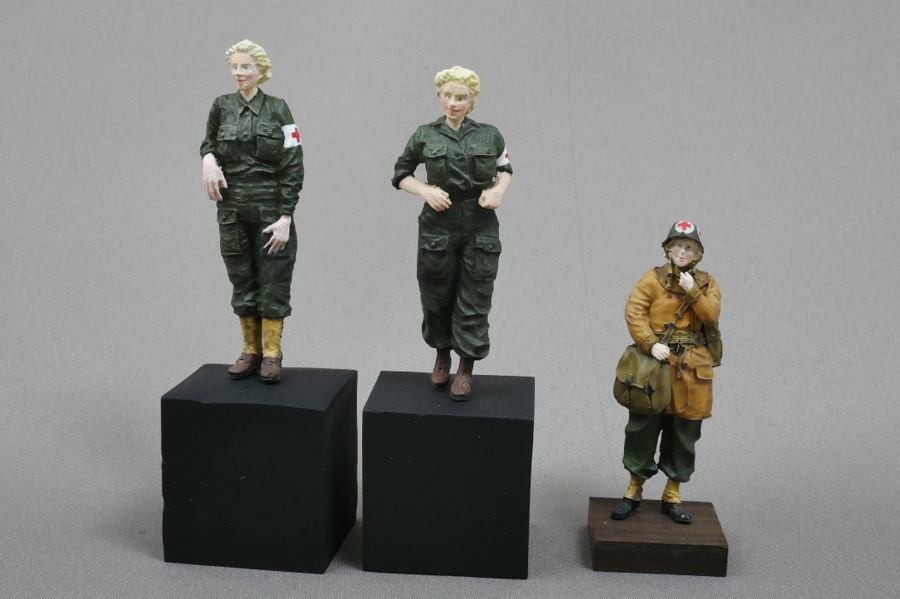 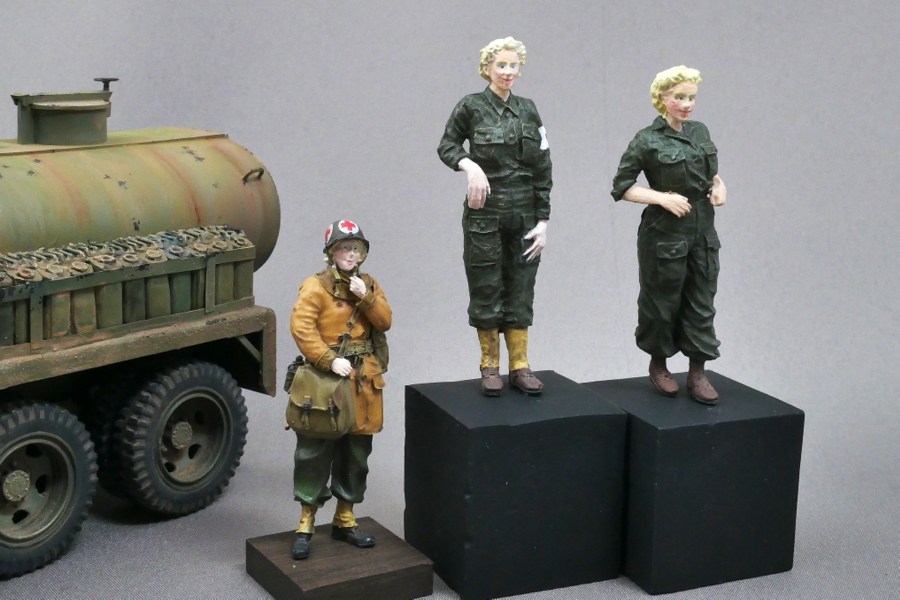 As they are medics of a paratrooper and army nurses, I tried to put the Red Cross mark. If I search for a decal, there may be a decal sold at stores, but I could make it by myself if I cut the remaining decal into small pieces. I think it finishes better than painting with a brush. 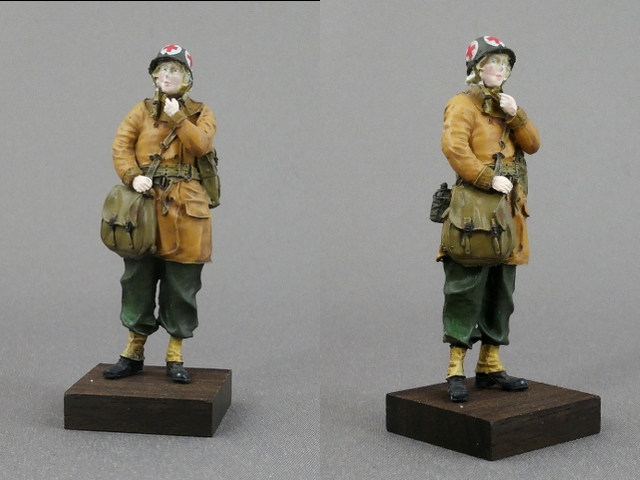 A 3 mm drilling punch for leather product cutting is used to cut out the white round decal. 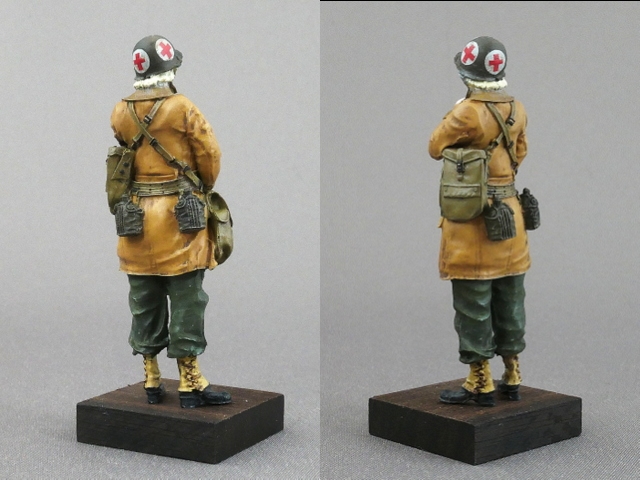 A medic with a US parachute unit. Female soldiers are now active in many situations, but I don’t think they were on the front lines at WWII. I guess it’s just an imaginary setting. On the contrary, I have an impression that the Soviet Red Army had more active female soldiers in various fields during World War II. 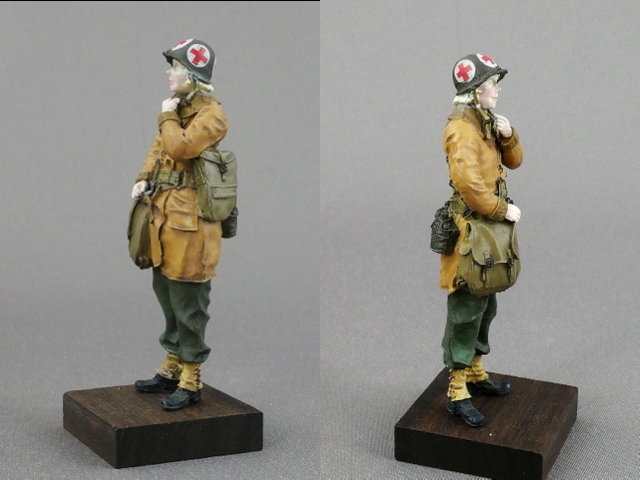 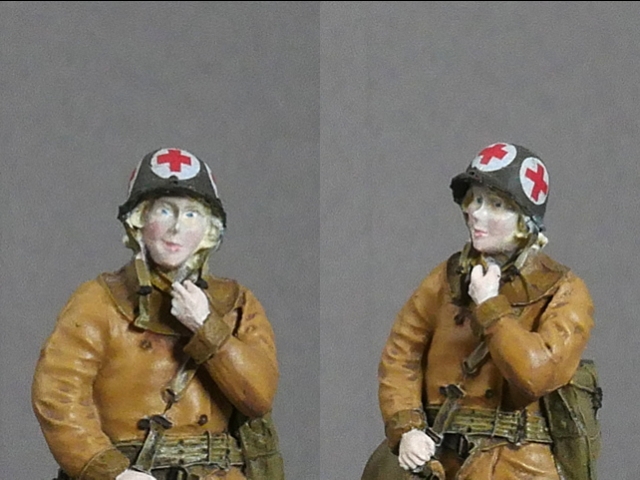 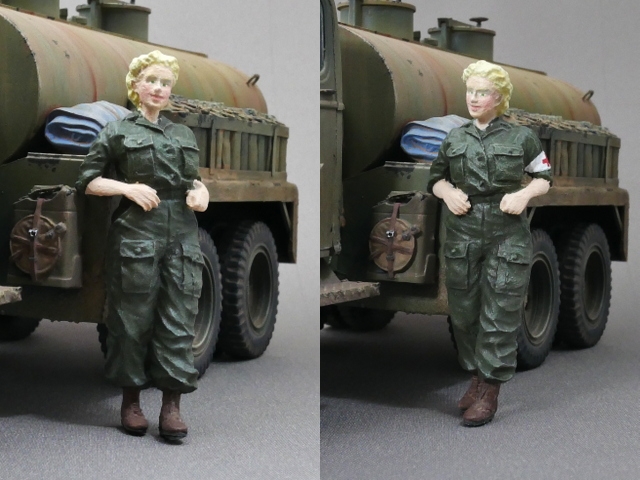 It’s a pose where she leans lightly against something, so I made her lean against a tank lorry. The mold isn’t very sharp, so it’s hard to draw a face almost from the beginning. It’s hard because I’m not having artistic taste. 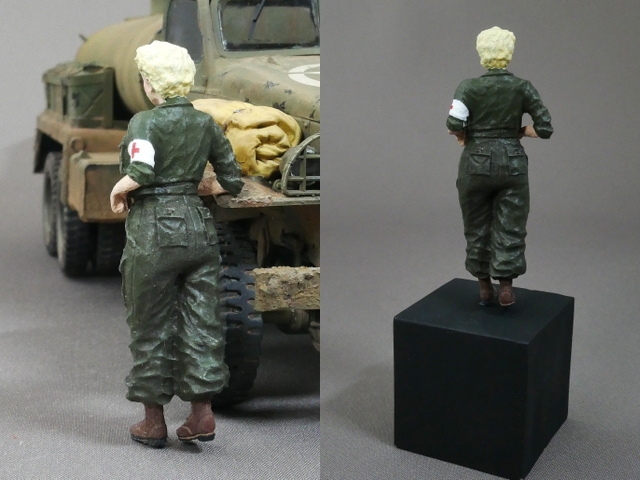 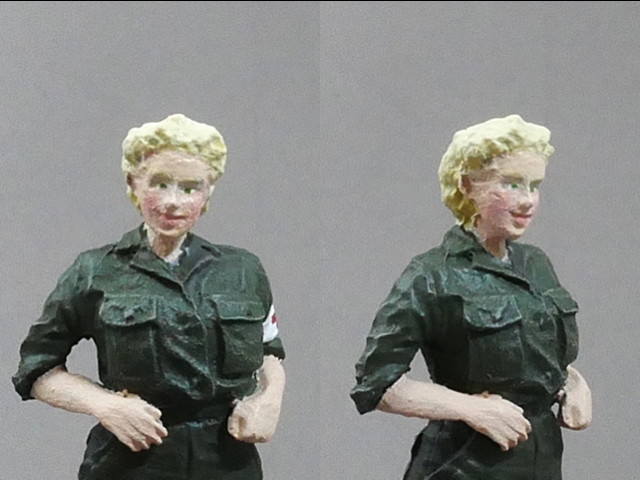 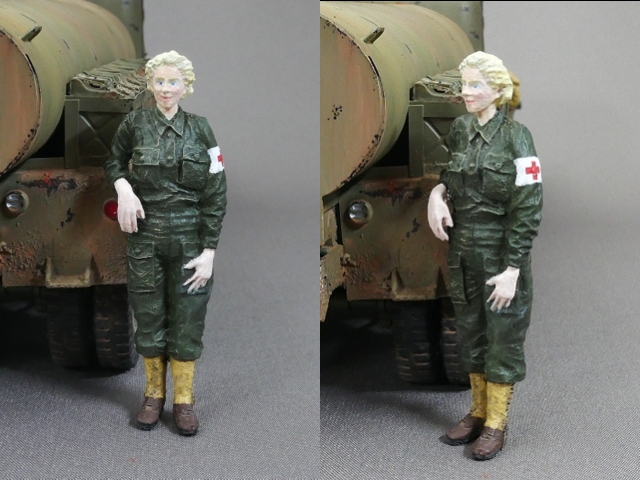 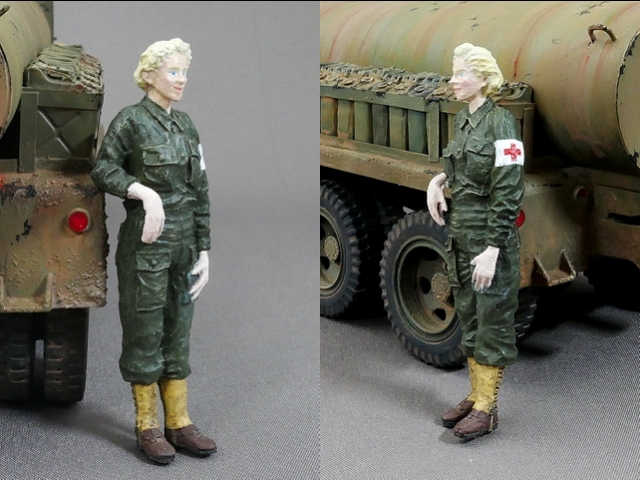 This is also a pose with one elbow on something. Both nurses finished with blond hair. 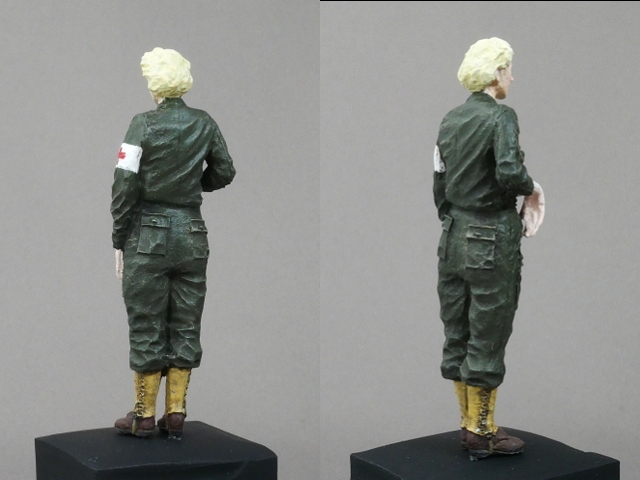 I mainly used Tamiya acrylic and Vallejo for uniforms and oil color for face and hair. Next time, I would like to paint the whole area of some figure with oil color. 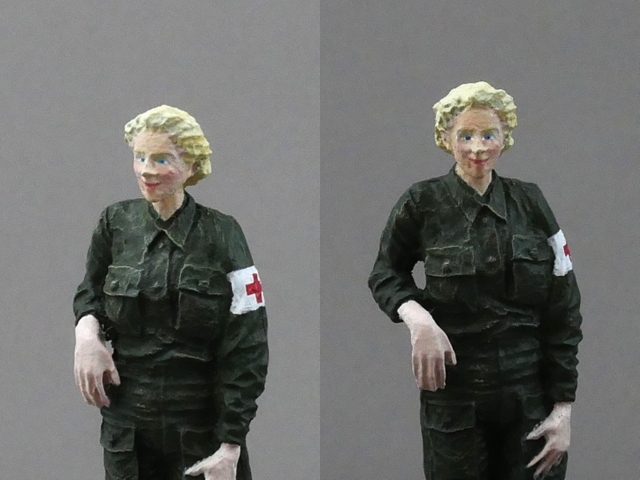 A Miniart Jeep crew and MP figure set. As for painting uniforms for U.S. infantry, even if there are orders to paint various kits in the past, they are quite different, so I'm worried about it. If you feel comfortable with the colors you are familiar with in movies and dramas, it might be good.

It is a Master Box figure set of U.S. infantry. The camouflage paint on the uniform is hard. Recent camouflage uniforms have adopted dot camouflage uniforms that are effective for both field and street fighting. It is difficult to reproduce that with a brush. It would have been more like that if I had drawn it more vertically and horizontally.

I built Alpine American tank crew figures. Of course, I would like to paint the face well, if I can describe the ranking badge and the tips of the fingers in detail, the precision will increase. I like resin figures because the mold is fine.

A surprising kit is available from Master Box. Pin-up girls, sexy beauties annoy your heart. For now, there are six model-shaped ladies wearing gorgeous and sexy costumes. Please read it at your own risk.

This is a Miniart US tank crew set. Everyone wears gloves and jumpers and coats. Probably about from 1944 autumn and 1945 winter.

This is Tamiya's new U.S. tank crew set. With the 3D scanning, the mold is also good. If I'm allowed to wish, there aren't many poses that fit the hatch of the turret. But it is good because there are many unique figures.
スポンサーリンク
US Army Water Tank Truck Italeri 1/35
Su-30MK Flanker Academy 1/48