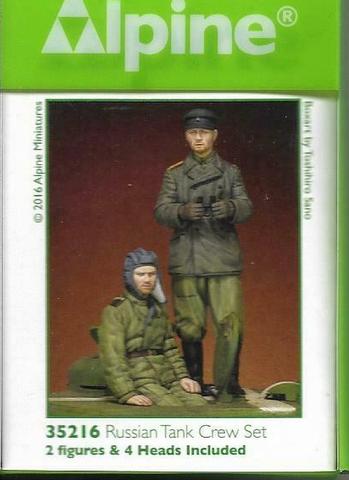 I made a Russian tank soldier in winter uniforms. 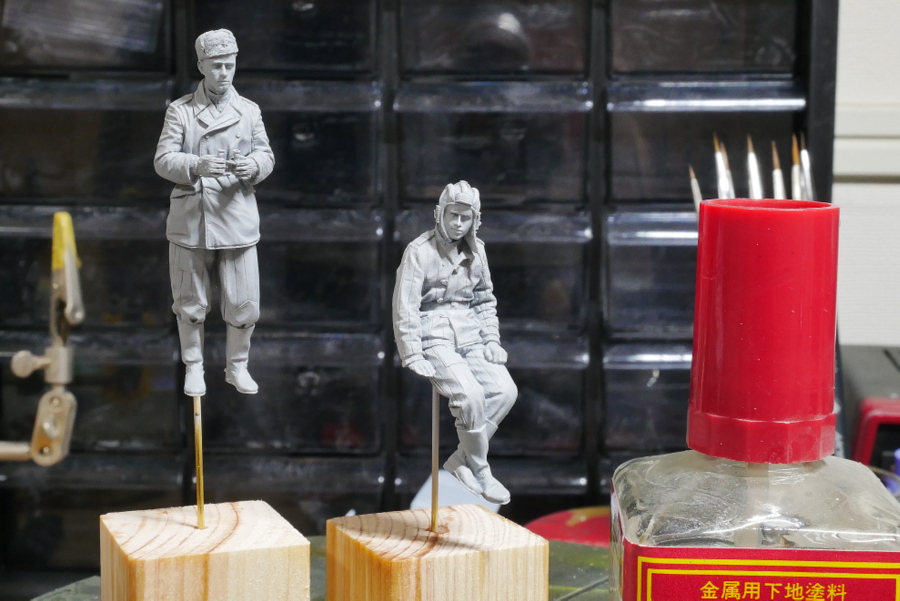 It was easy to assemble with just a few parts, so I could paint them immediately. These face molds are handsome and have a good expression. 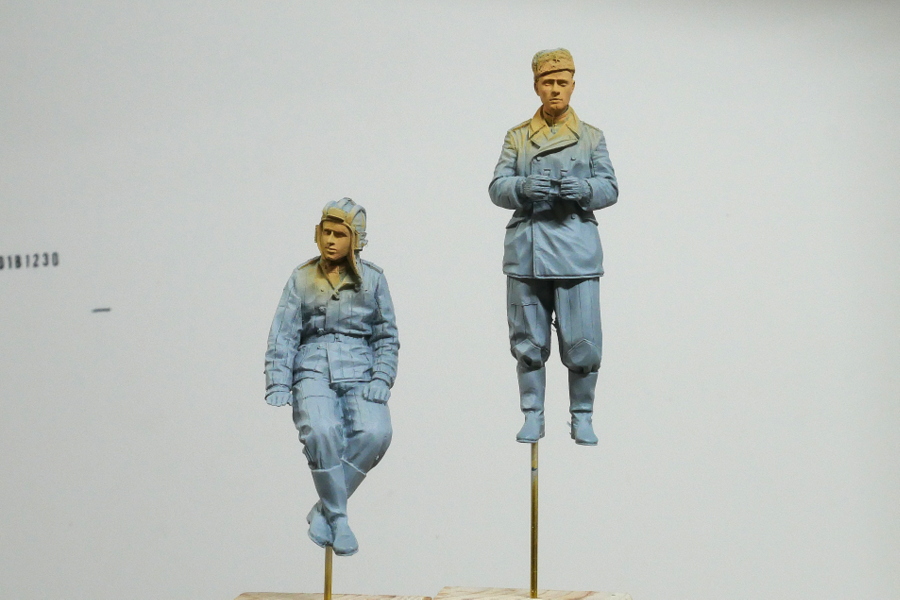 After blow the flat fresh, the mold was easier to understand. 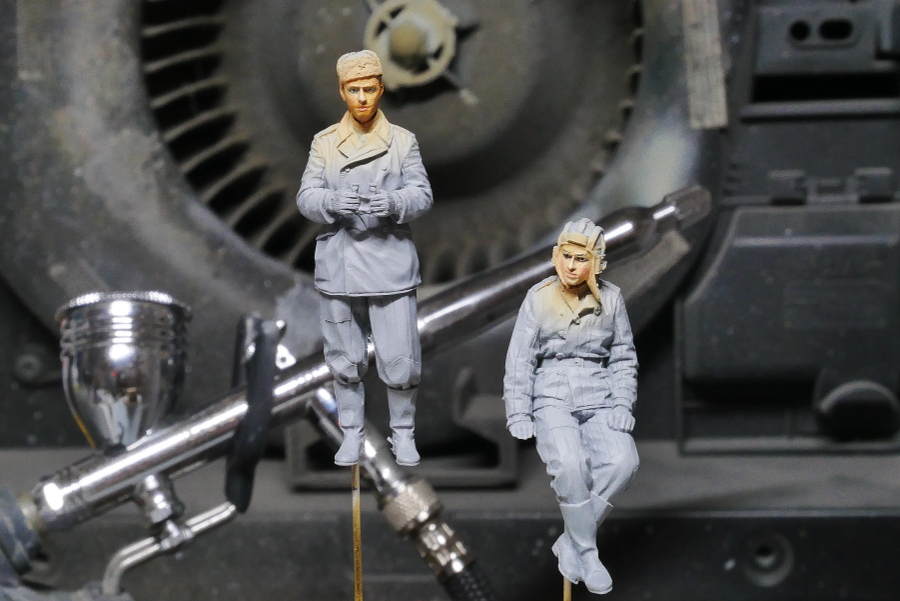 It’s a lot of work to draw faces, so I set about it first. This time I paint with oil. 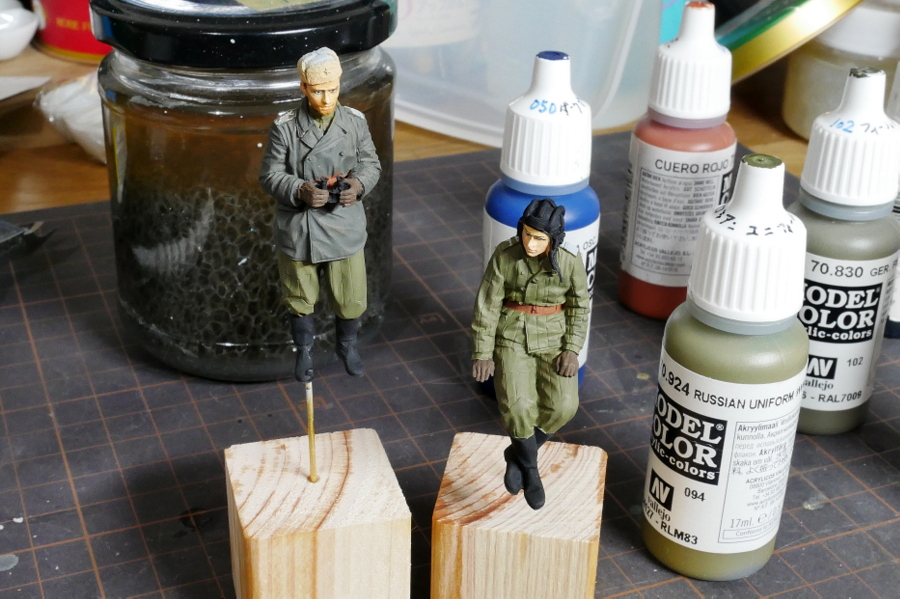 Vallejo and Tamiya enamel is used for the clothes. 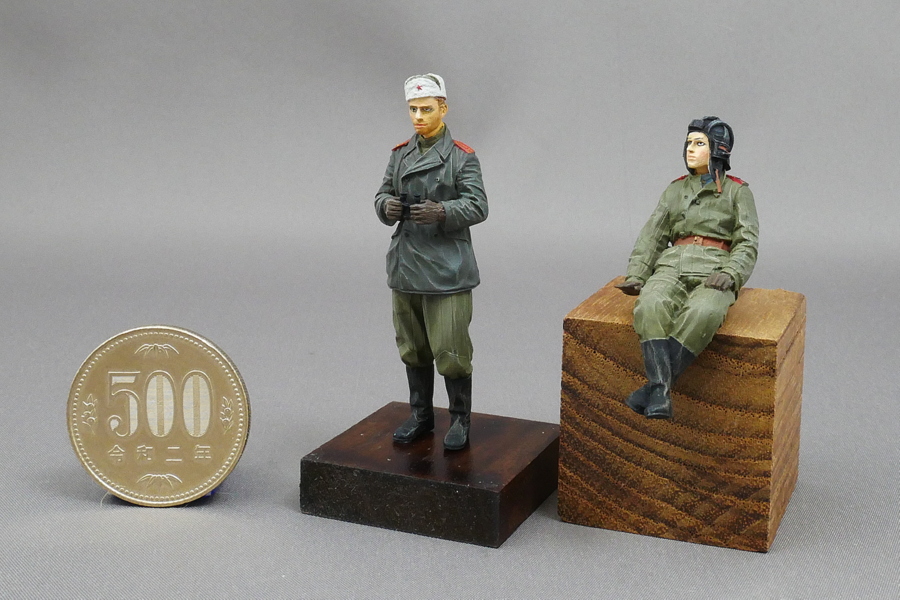 Compared to the uniform, the coat of the standing tank soldier seems to be a little darker in color. 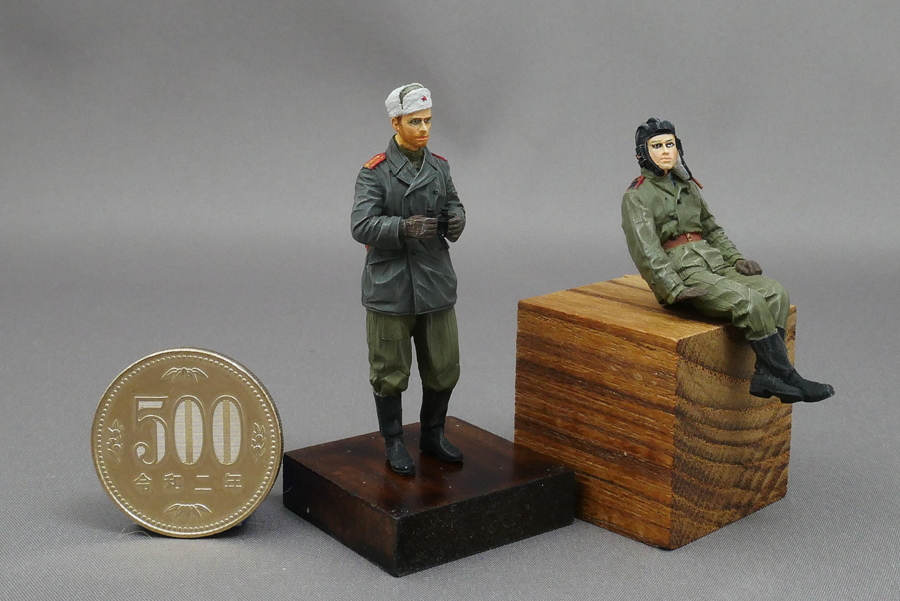 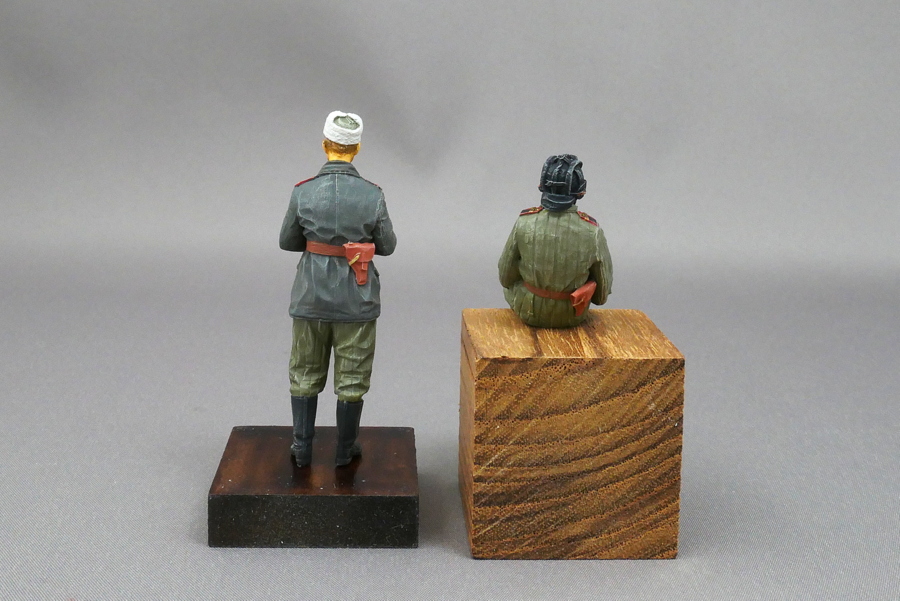 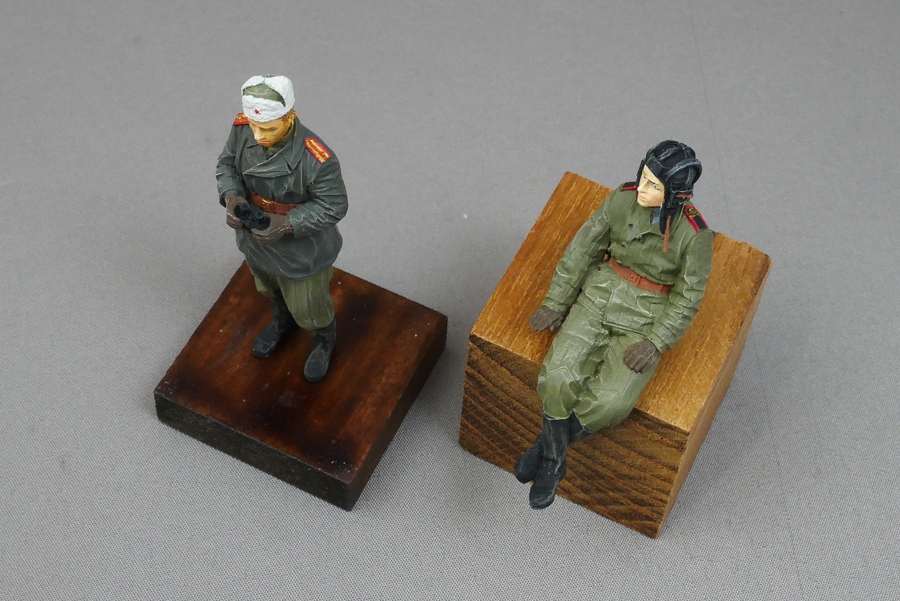 I could only draw the shoulder rank insignia roughly, the tank soldier with the Ushanka hat was a lieutenant, and the one with the Tanker’s helmet was a sergeant. If you look closely, the resin figure mold seems to be the same. 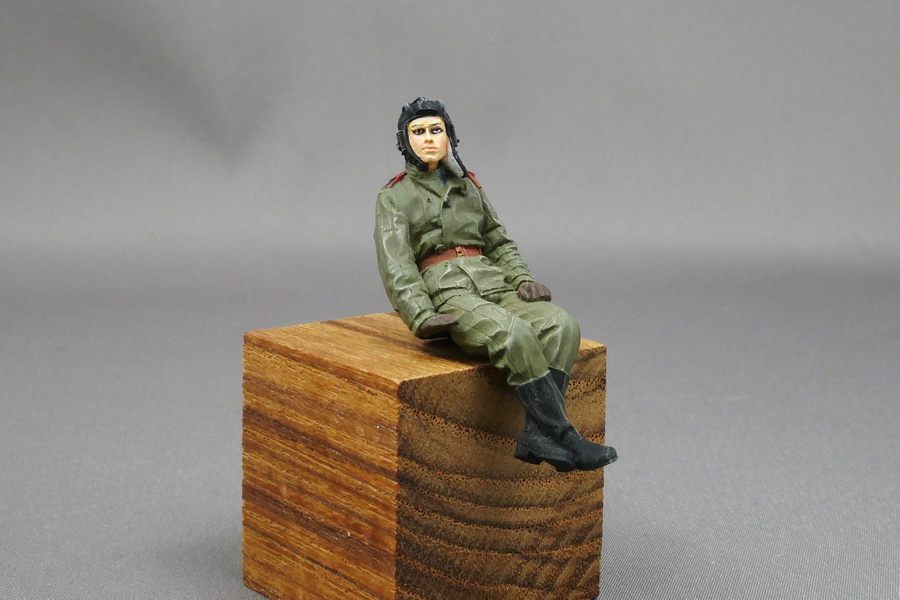 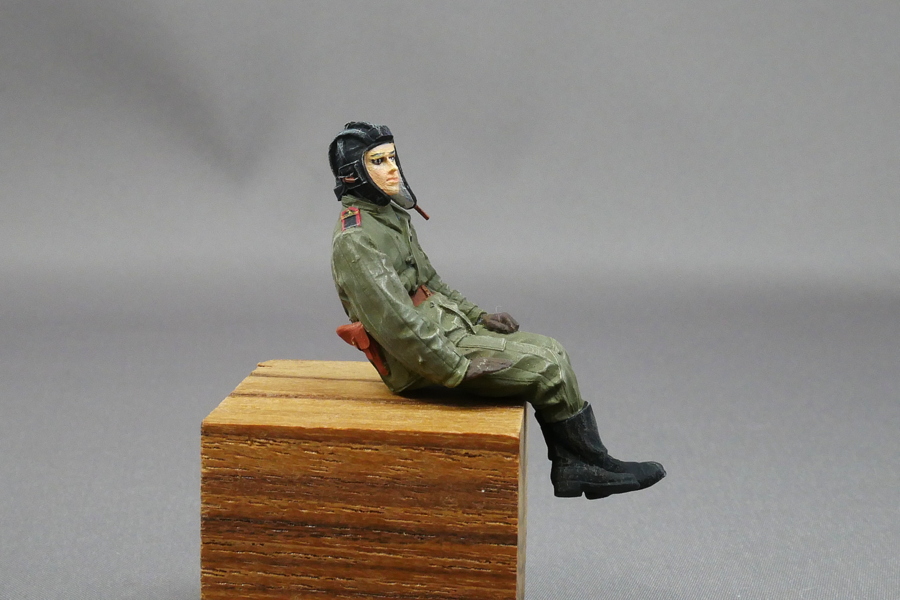 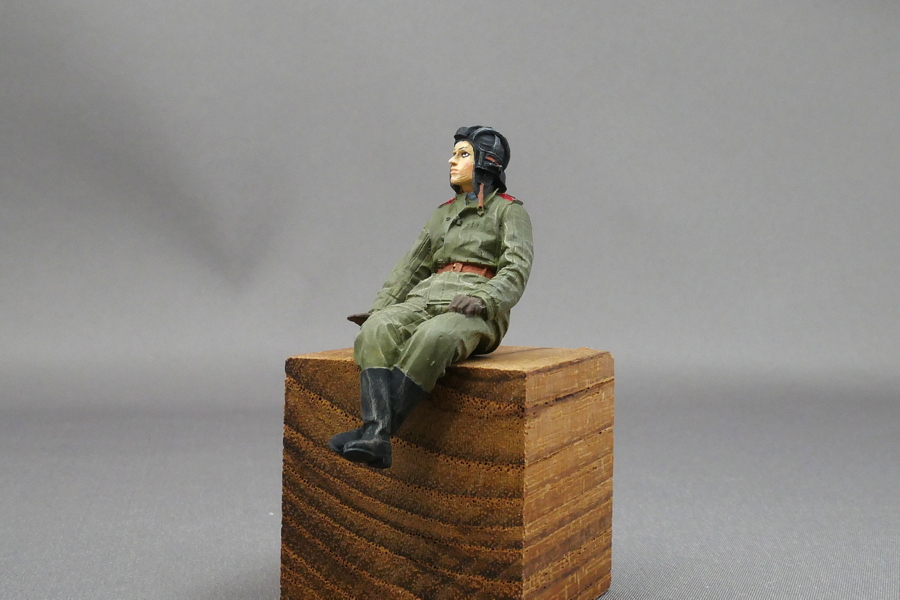 In the painting picture of the sample, only one person was wearing gloves. It’s winter, I think both wear gloves. Look carefully, is the mold different? 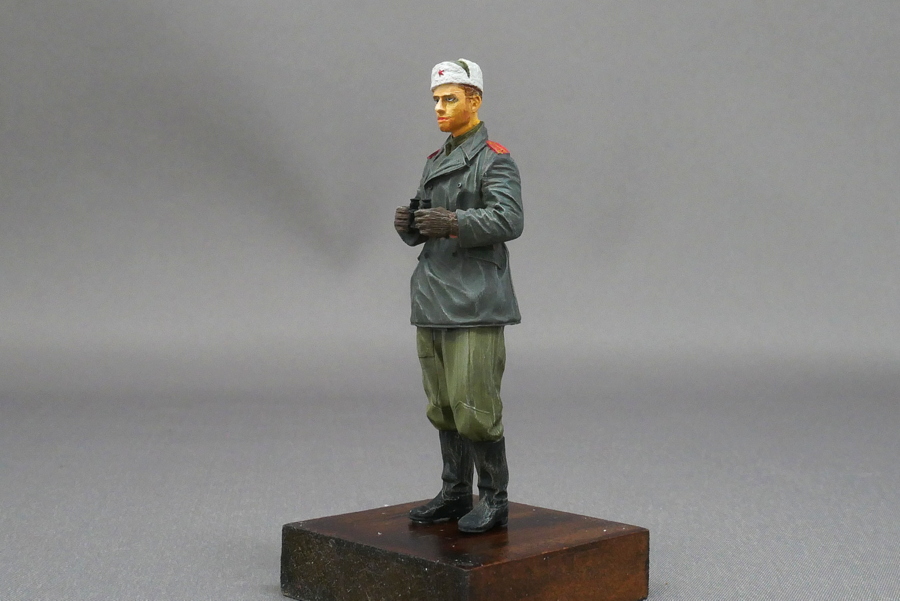 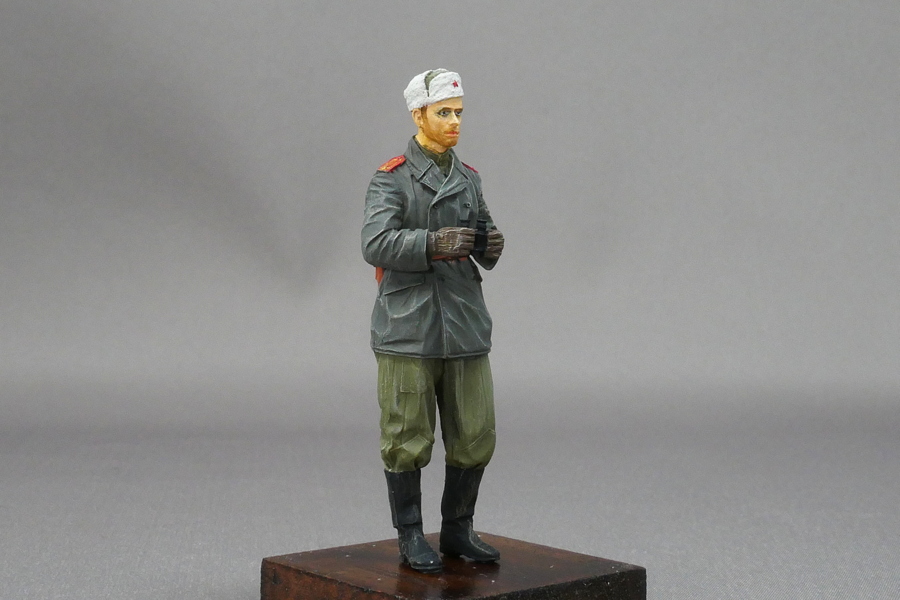 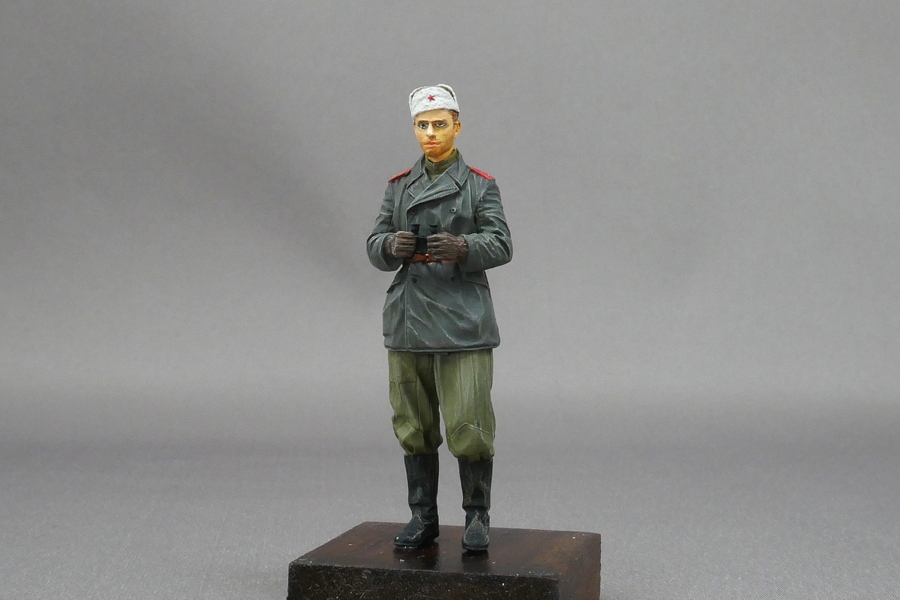 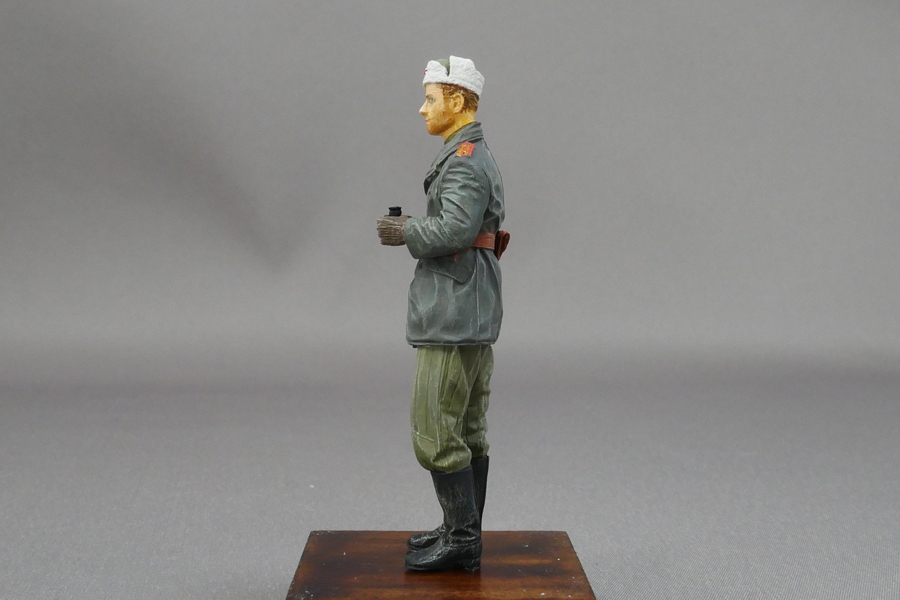 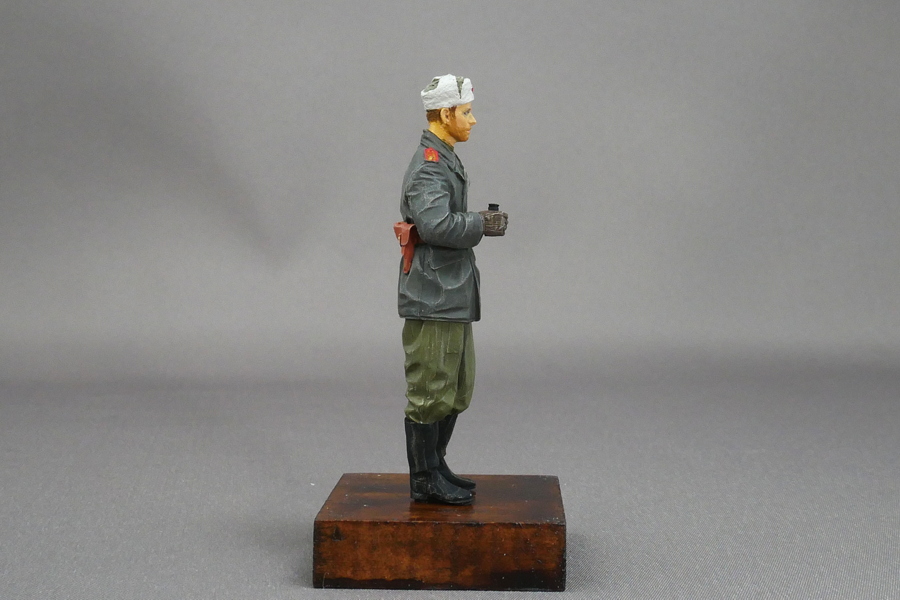 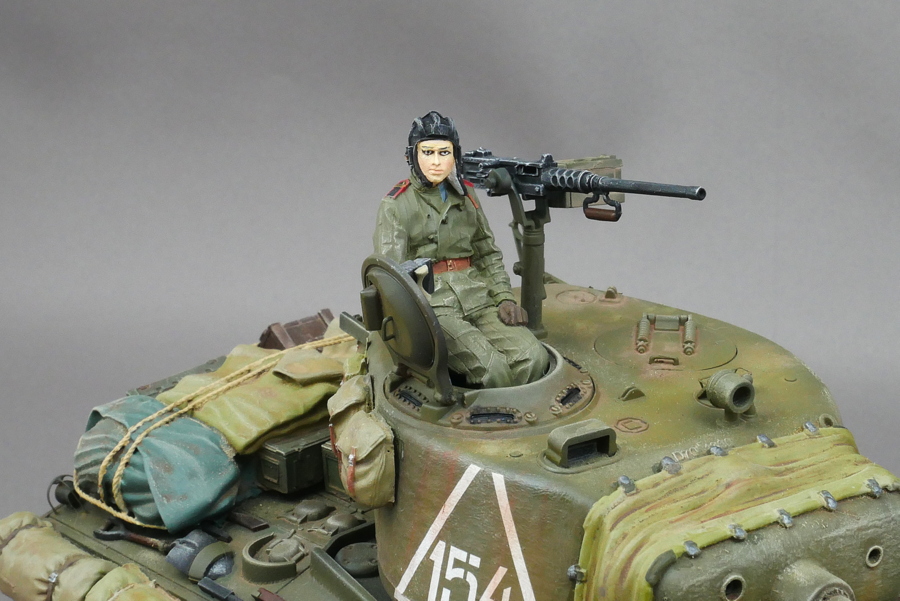 Russian tank soldier sitting pose on the Sherman tank that was just built. 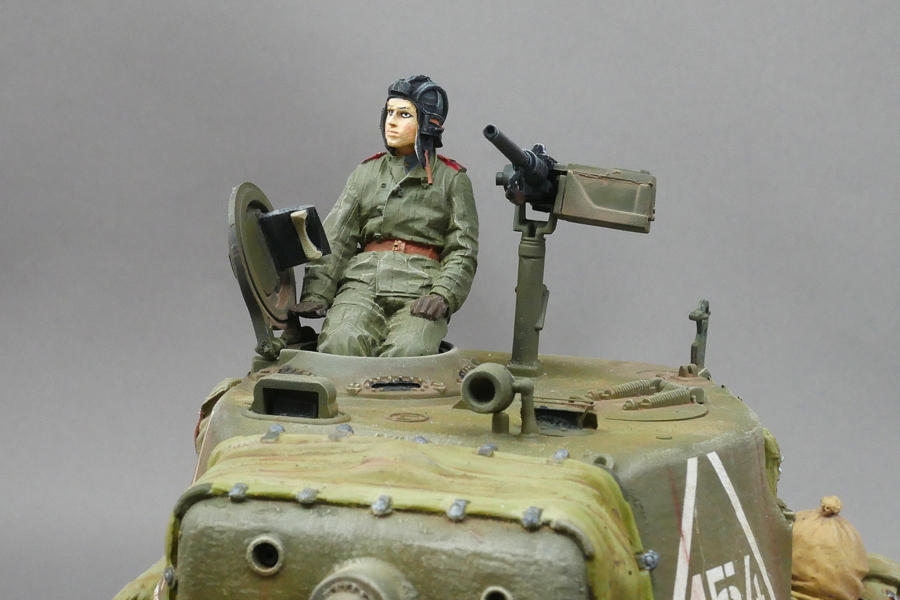 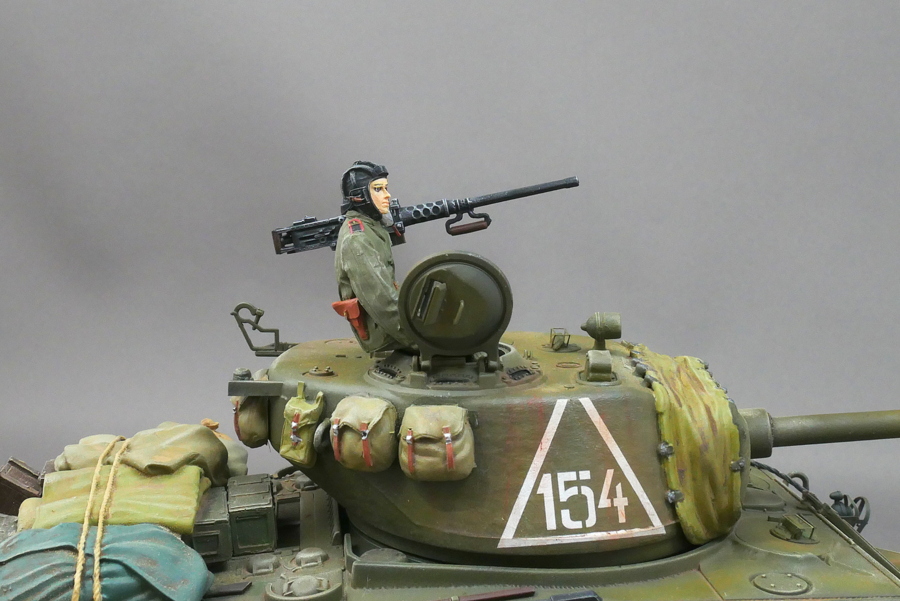 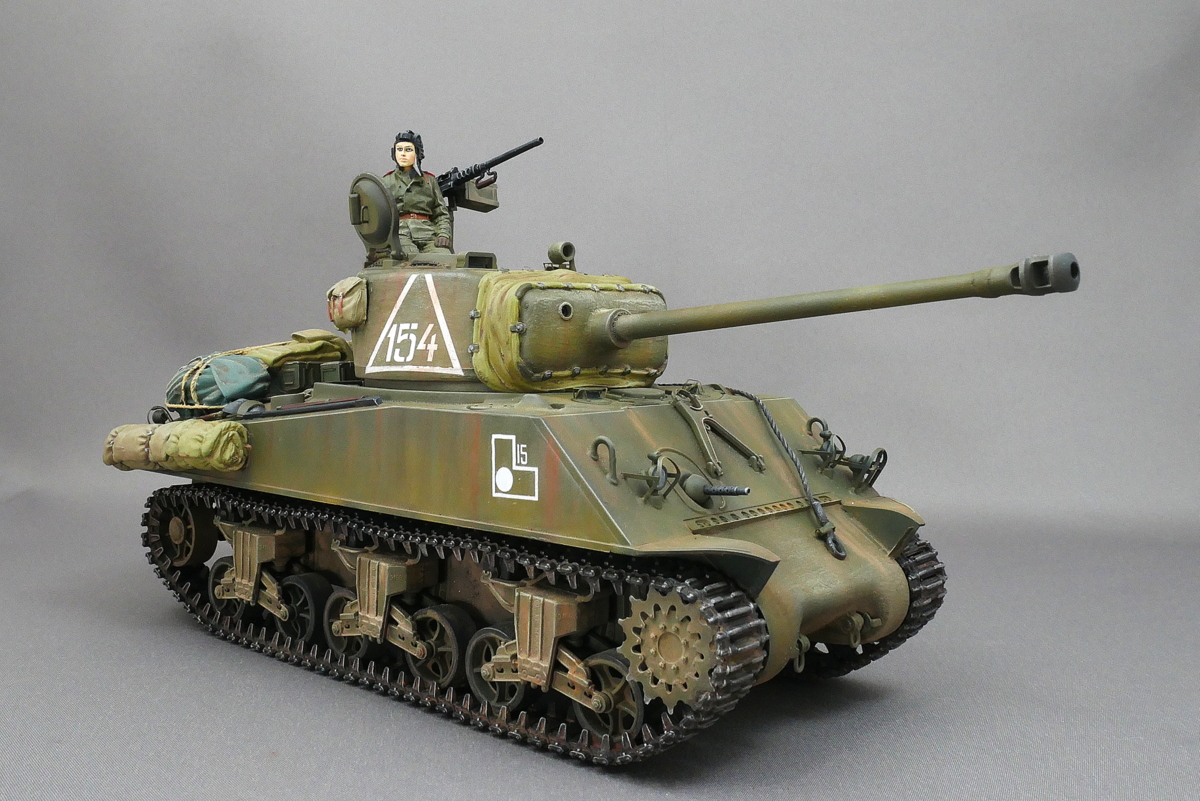 Dragon Soviet Army mechanized infantry figure set. The molded color of the plastic looks strange. I tried to match it with SU-122 which is also being built. They are soldiers who protected their country with the red stars on their backs.

The resin figure assembly and painting are complete. It's not only Evolution Miniatures, but the resin figures have high mold accuracy and are easy to paint. It was a little expensive. I tried to use Aber etched parts as a strap for a firearm.

I built 2 Russian female figures. Comintern at the time of the Russian Revolution in Evolution Miniatures, and Soviet military female soldiers in Takahashi Modeling.

It is a resin figure of a Russian female tank crew. When I see the description of a fantasy model, it doesn't really exist, but it's like a fantasy of a man. It is even more difficult to paint the face because it is smaller than men.
スポンサーリンク
Sherman Tank M4A2 (76) Red Army Dragon 1/35
Girls In Action Bronya Mariel Zilpla 1/35