Dragon Models, Smart Kit III Sturmgeschütz. I made it from July to September 2009. 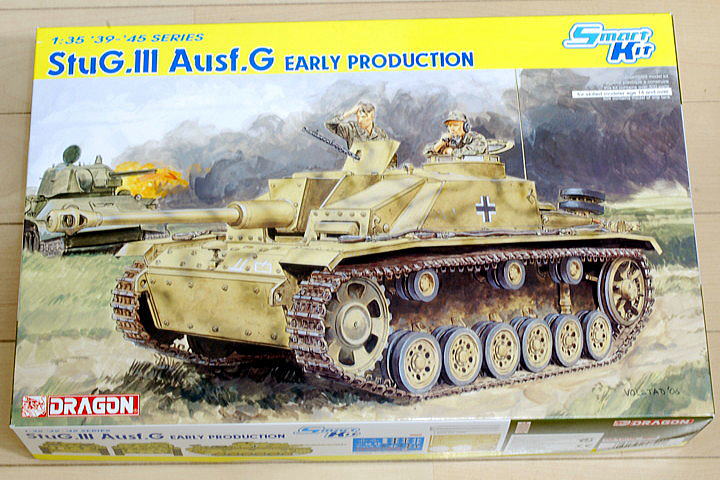 I’ll make this kit now, if possible, try to board two figures. This kit is comparatively fewer parts than that of the other Dragon kit.
（2009/07/05） 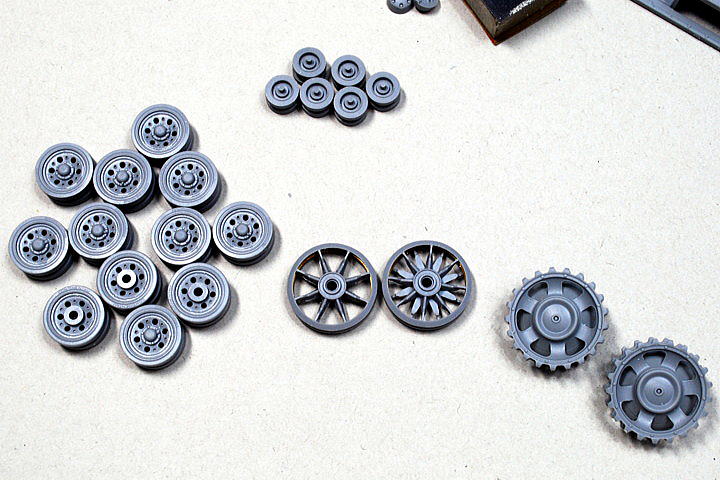 The start is assembly trank rollers. 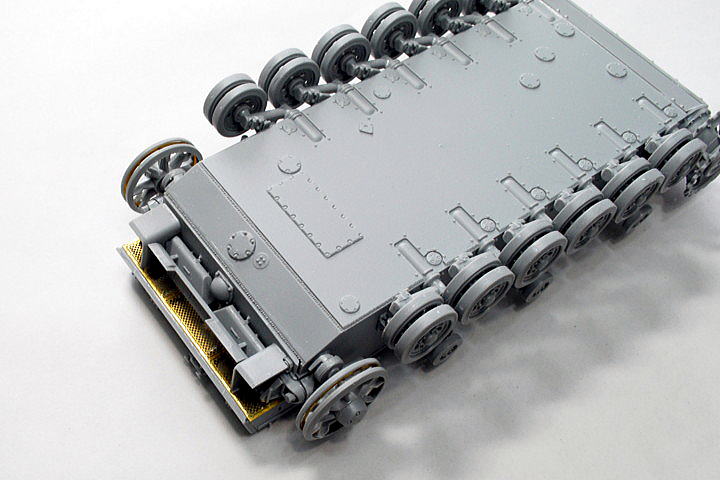 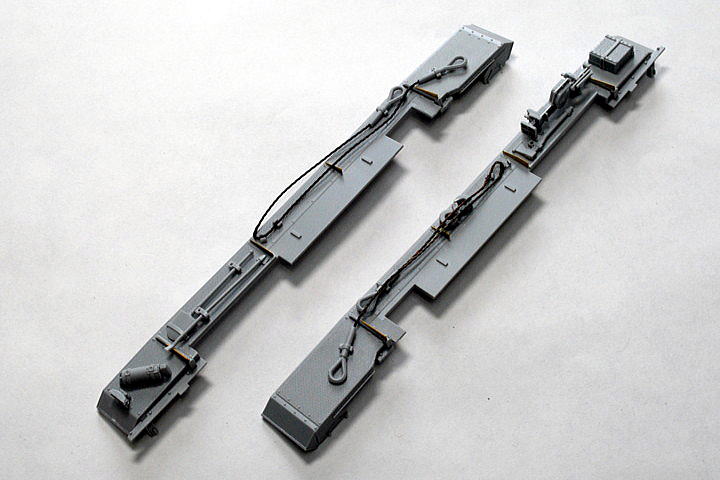 This kit was instructed that previously assembled a right and left fender and the accessory. 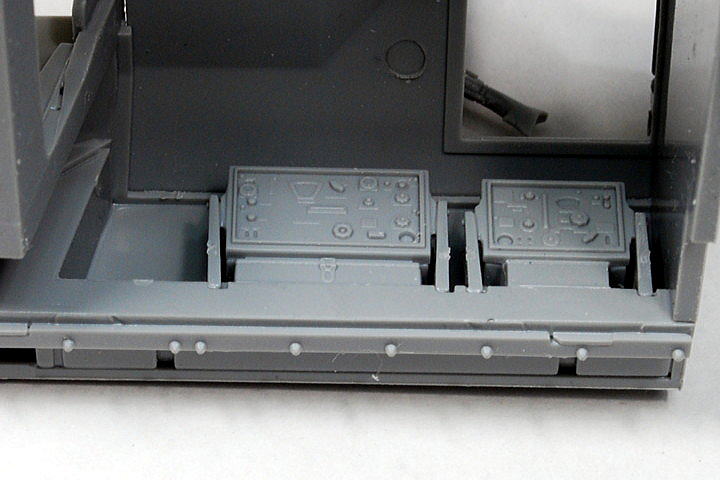 Two radios in this tank. There is one big radio on the other side. 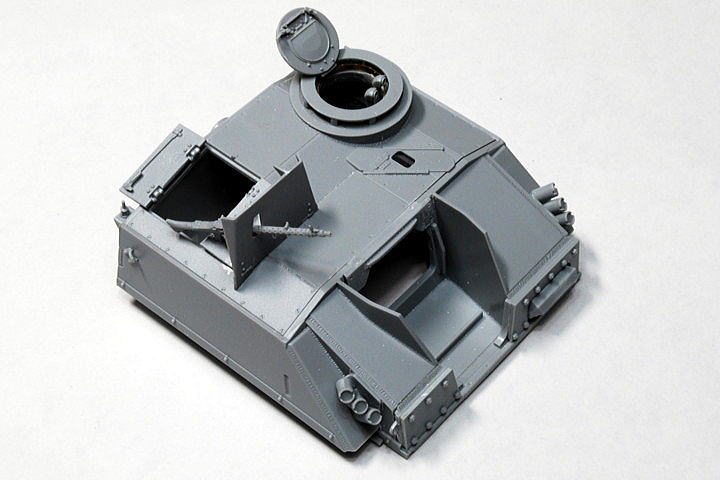 The assembly of the turret part was almost completed. It is real that the machine gun mold and the bolt of the increased armor. The lever on the inside of the hatch is reproduced. 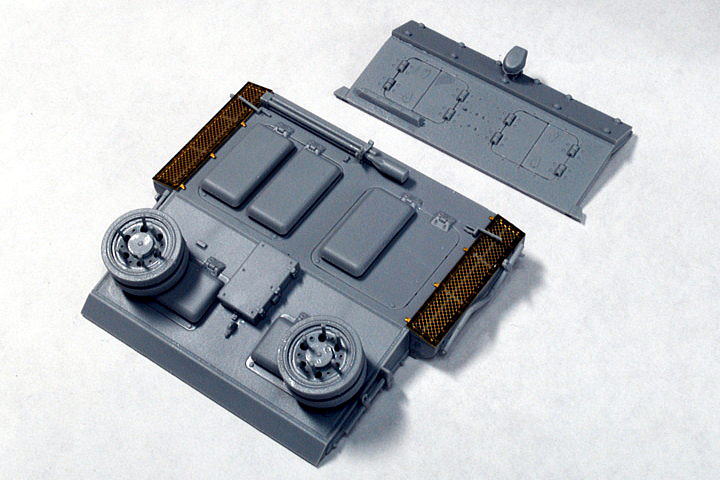 The back of the body parts were also completed. The important point is to joint perfectly.
（2009/07/12) 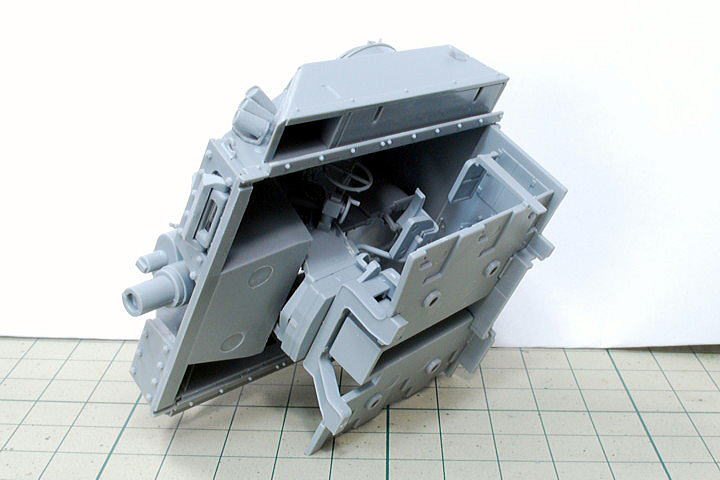 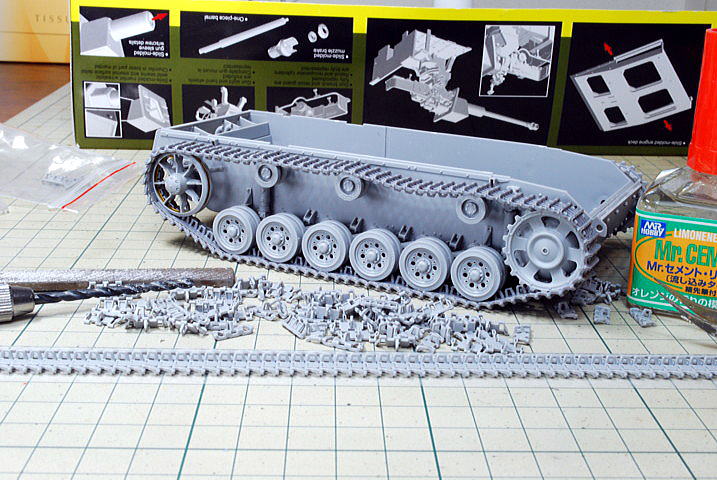 In the caterpillar assembly, each part is connected one by one. I put the double-faced tape on the worksheet and joined them.
（2009/08/15) 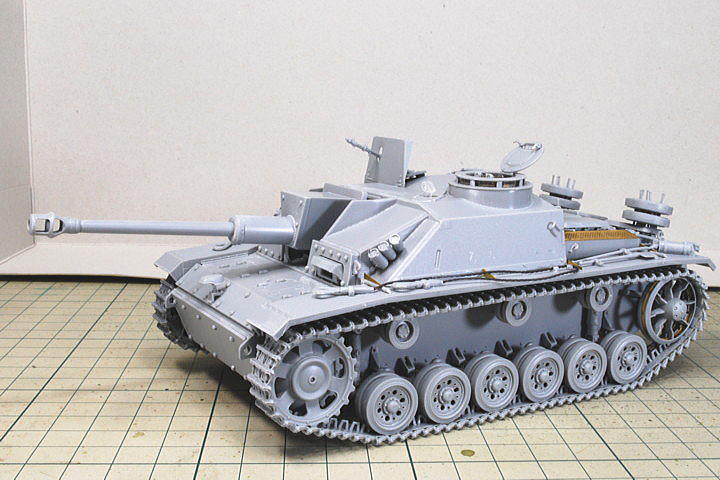 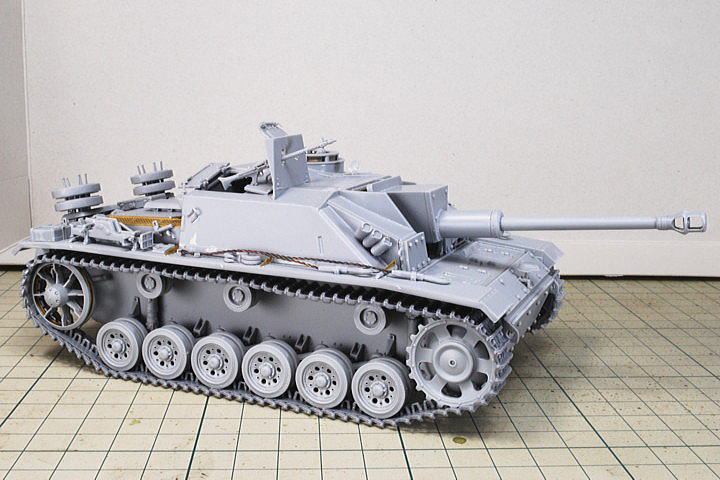 After all, it seems to have made the parts upside down by assembling the caterpillar. Well… It is now impossible to recover. I checked it several times, but anyway, it’s my mistake…
（2009/09/08) 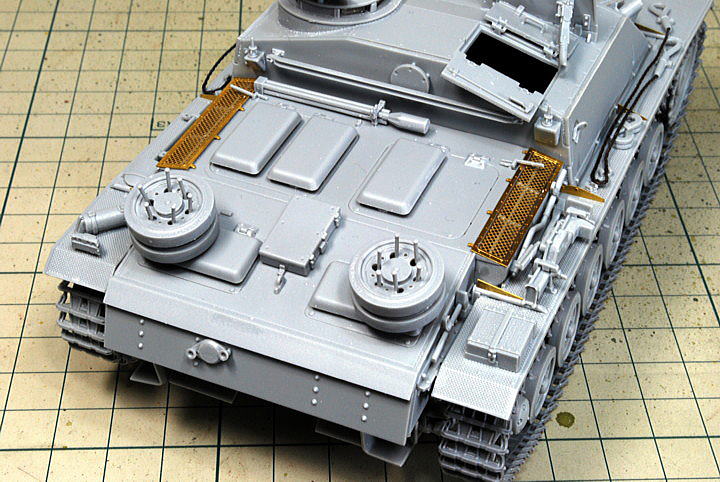 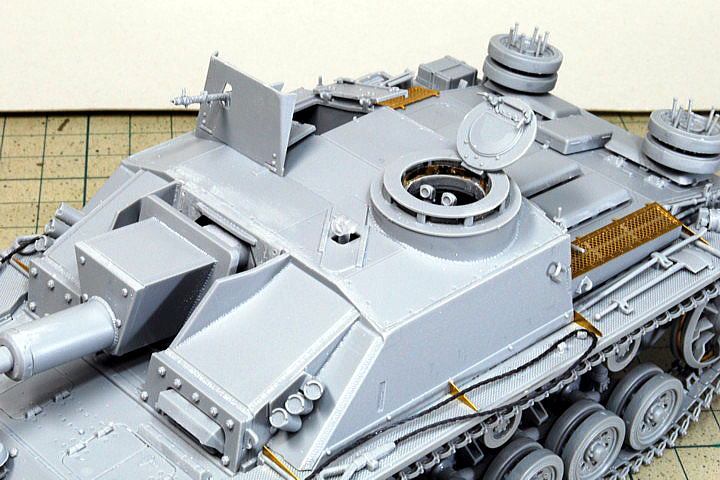 This time, I give up the figures, but only assembling AFV because of a caterpillar mistake.
（2009/09/08) 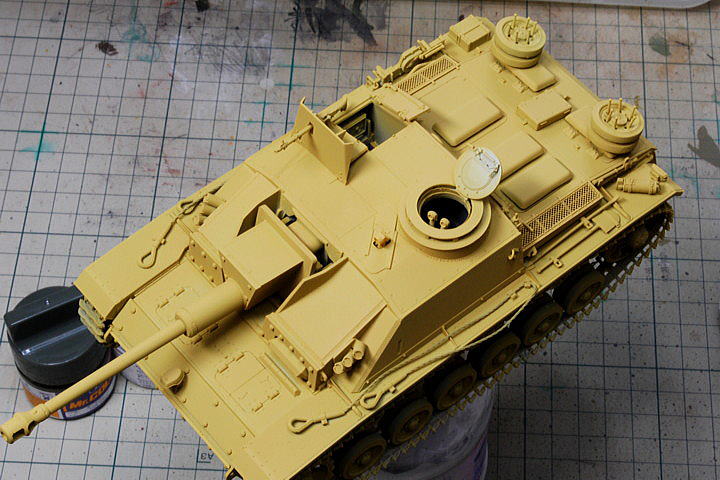 I painted the body dark yellow. I usually use the Humbrol but this time lacquer paint. It’s convenient as the lacquer paint is quickly dry.
（2009/09/11) 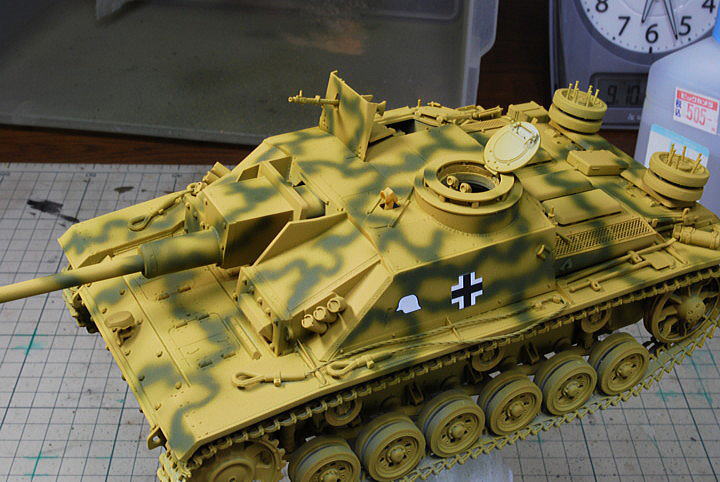 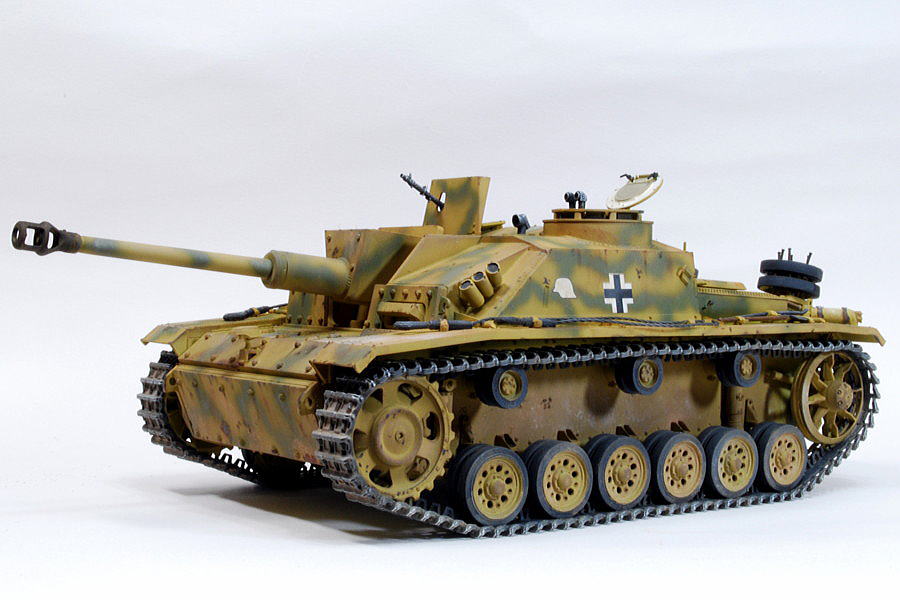 An initial purpose of the assault gun was a vehicle that supported the infantryman and breakthrough a strong position. The character was changed to the anti-tank gun gradually. It was mass-produced about 8,000 from 1943 to 1945. 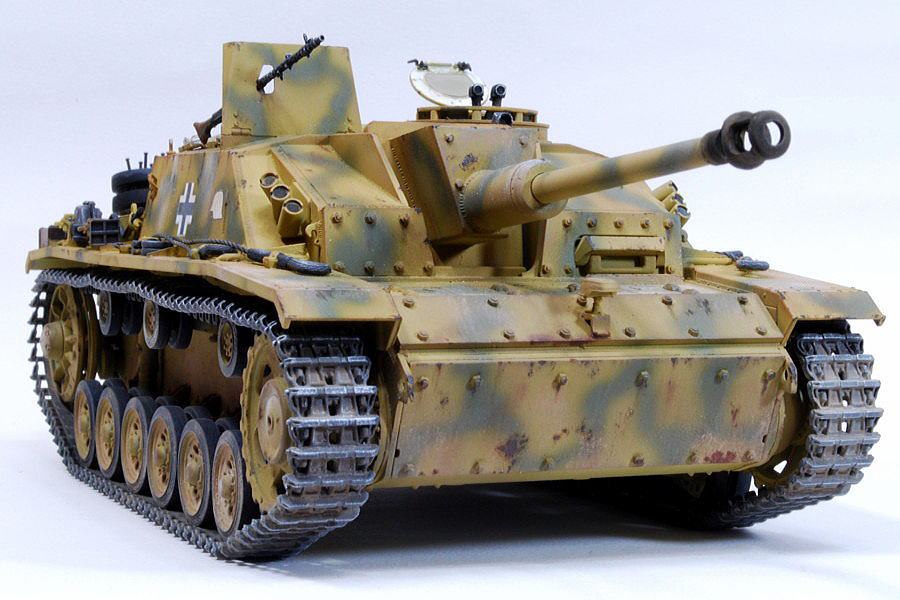 This time, as I mentioned in the making report, I have installed the caterpillar upside down. Well, because it was not possible to recover as it hardens stoutly with the adhesive assembled once. 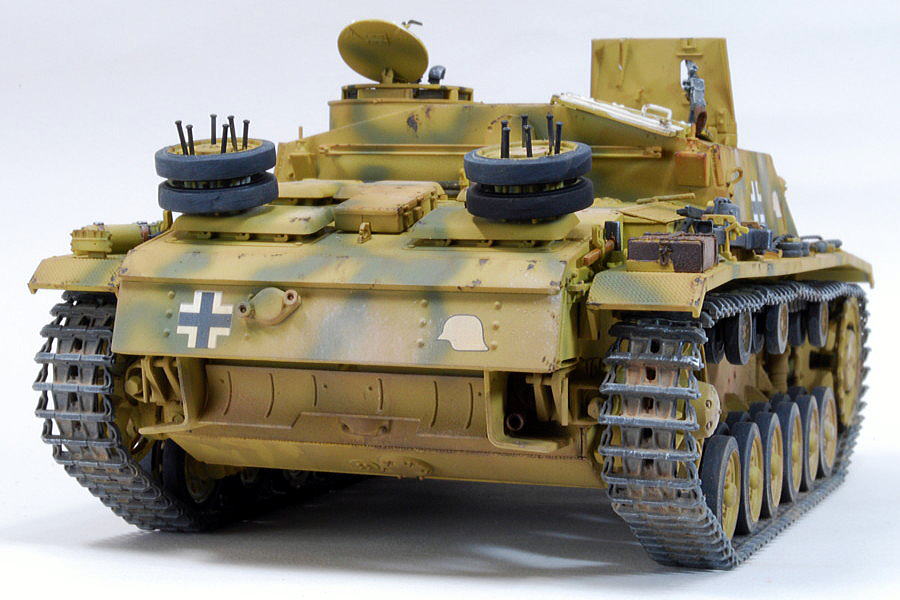 The discovered rate was lower for the low height, it’s good at ambush battle. 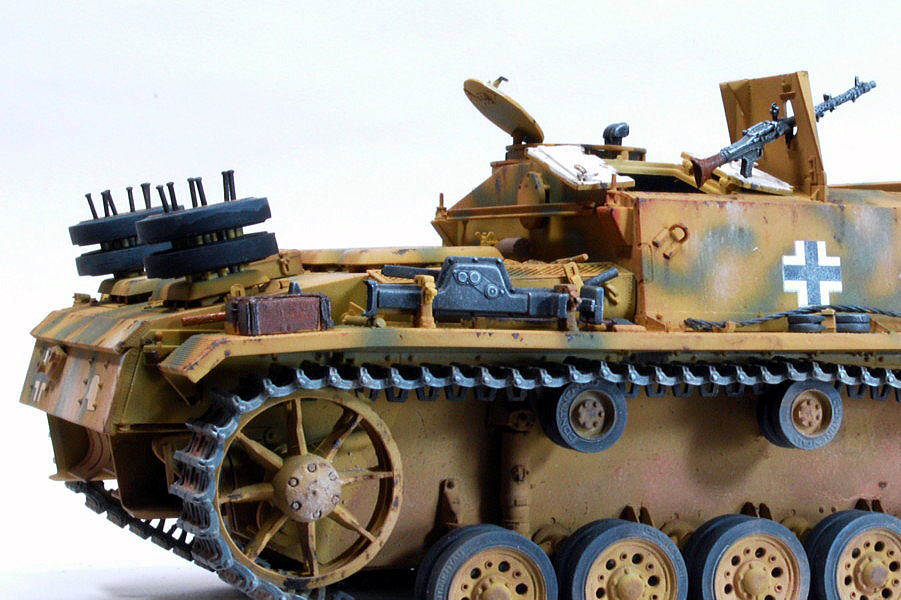 Sometimes the photo was not well because of the exposure and the shutter speed. This one has reflected more reddish. 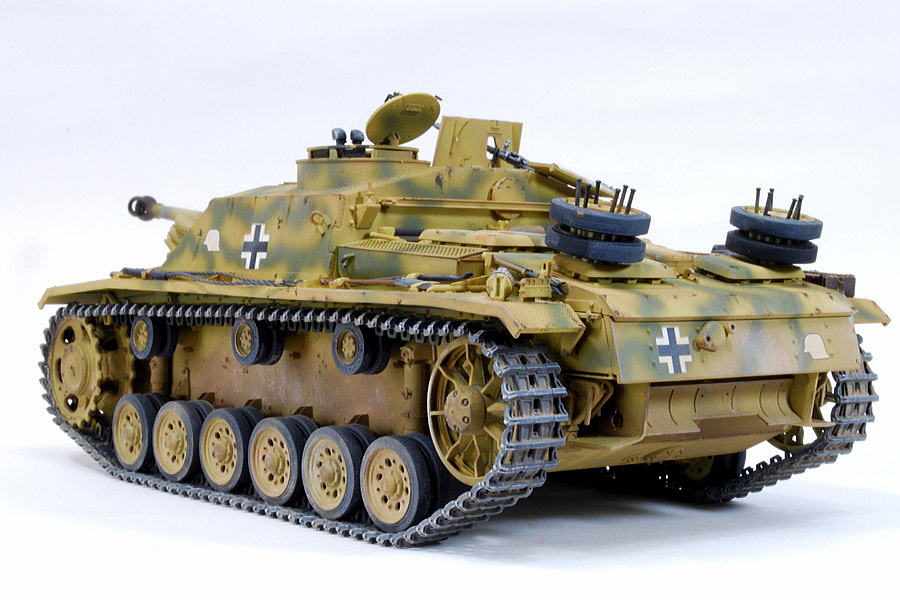 I didn’t do heavy weathering for this AFV. 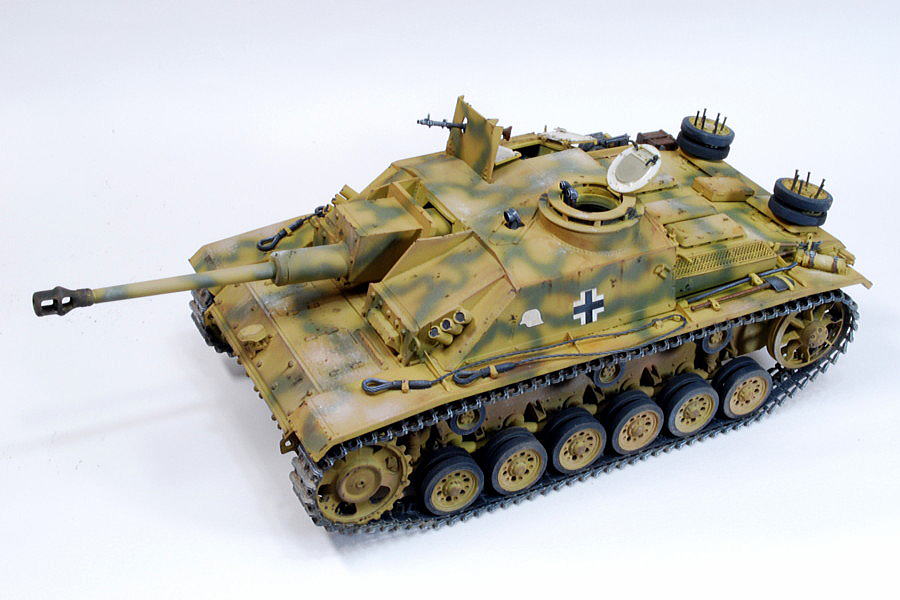 The pastel-like white was unnatural. Isn’t it too unnatural if the setting of the battle in the city? 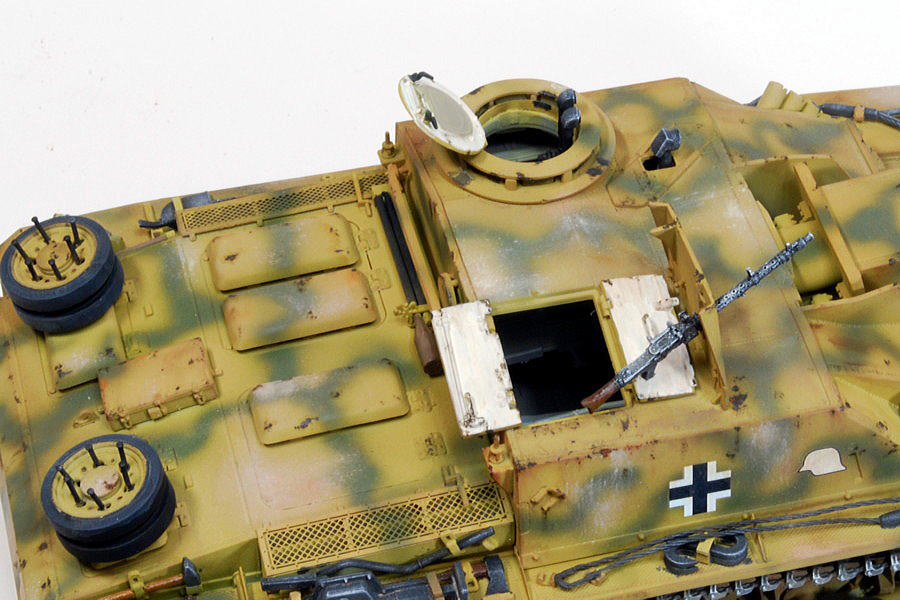 Rusted chipping was painted in dark brown and black by tiny brush. 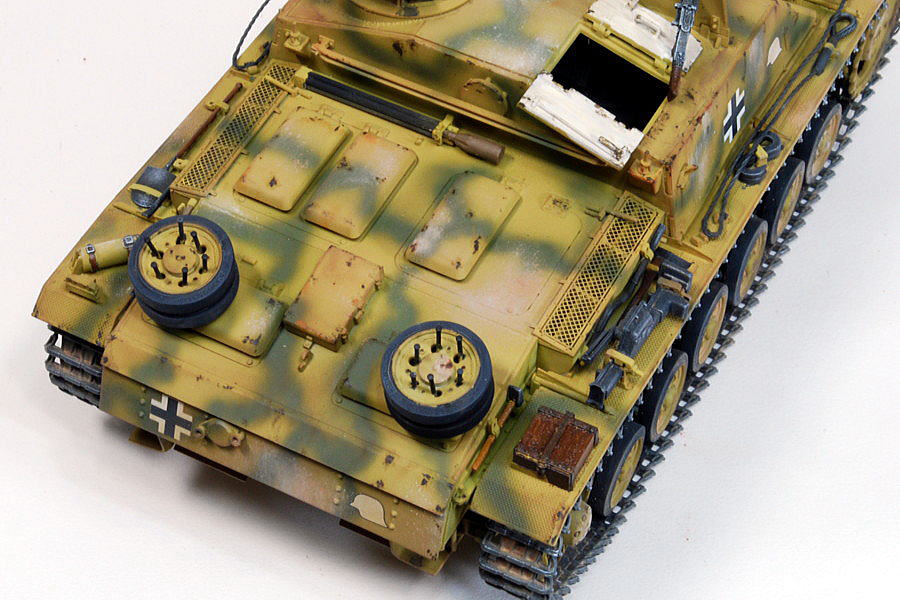 The inside of the hatch might not be white but had a basic painting color. 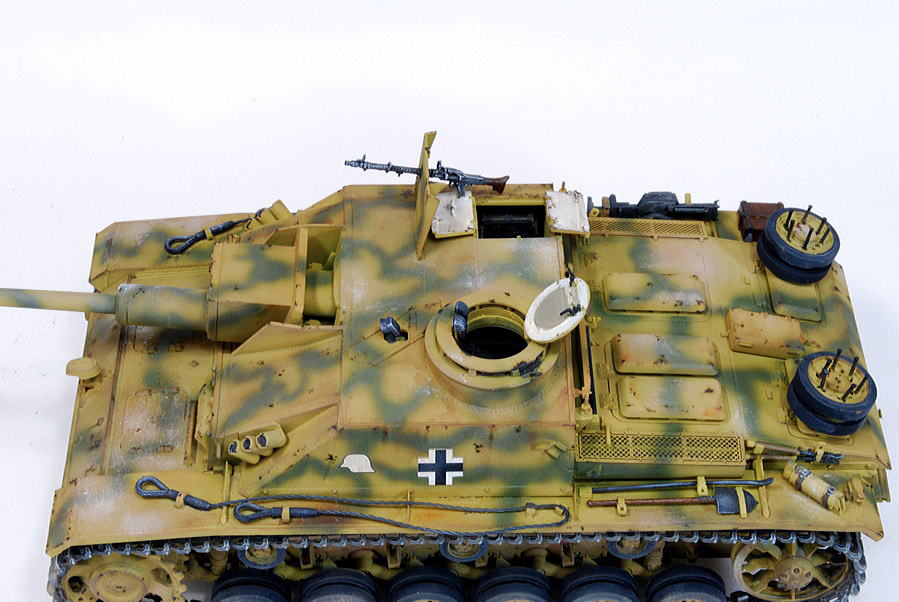 It is a radio that you can see through the gunner’s hatch. 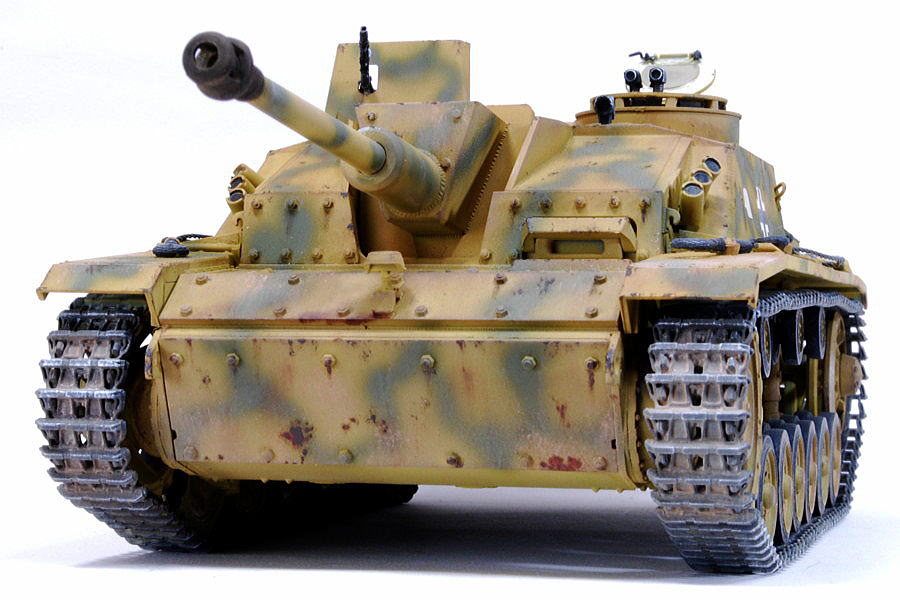 I intend to attach the side skirt, gives Zimmerit Coating, set up the figures, but the caterpillar mistake suspends to do all but only assemble the vehicle.
（2009/09/21)

Dragon kit loaded with anti-tank guns in Steyer's RSO. I thought I made it with a lot of effort, but it became like shaved ice. Winter camouflage is difficult. Still, it's a lot better than the Italeri RSO I made a long time ago.

It is Tamiya's 8-ton half-track 20 mm 4-barreled anti-aircraft gun. It comes with a lot of winter figurines, so I wonder if there are many people who have winter camouflage in their vehicles. When I changed the face of the figure to resin, it became easier to paint.

I built the Trumpeter Sturler Emile and used hobby Boss's connecting track. The marking is the 3rd Armored Division's Independent 521 Tank Destroyer Battalion 3rd Squadron. It is cool as it stands out that simple white marking on the German gray.

It's Tristar Panzerkampfwagen IV Ausf C. It's a nostalgic kit. The marking is the 1st Armored Division. Bluish German gray is interesting as it has a different taste. Since the firepower was not strong, they were deployed in the second-class unit after the middle of WWII.
スポンサーリンク
Stryker M1126 U.S. Army Infantry Carrier Vehicle AFV Club 1/35
T-80UD Soviet Main Battle Tank Skif 1/35