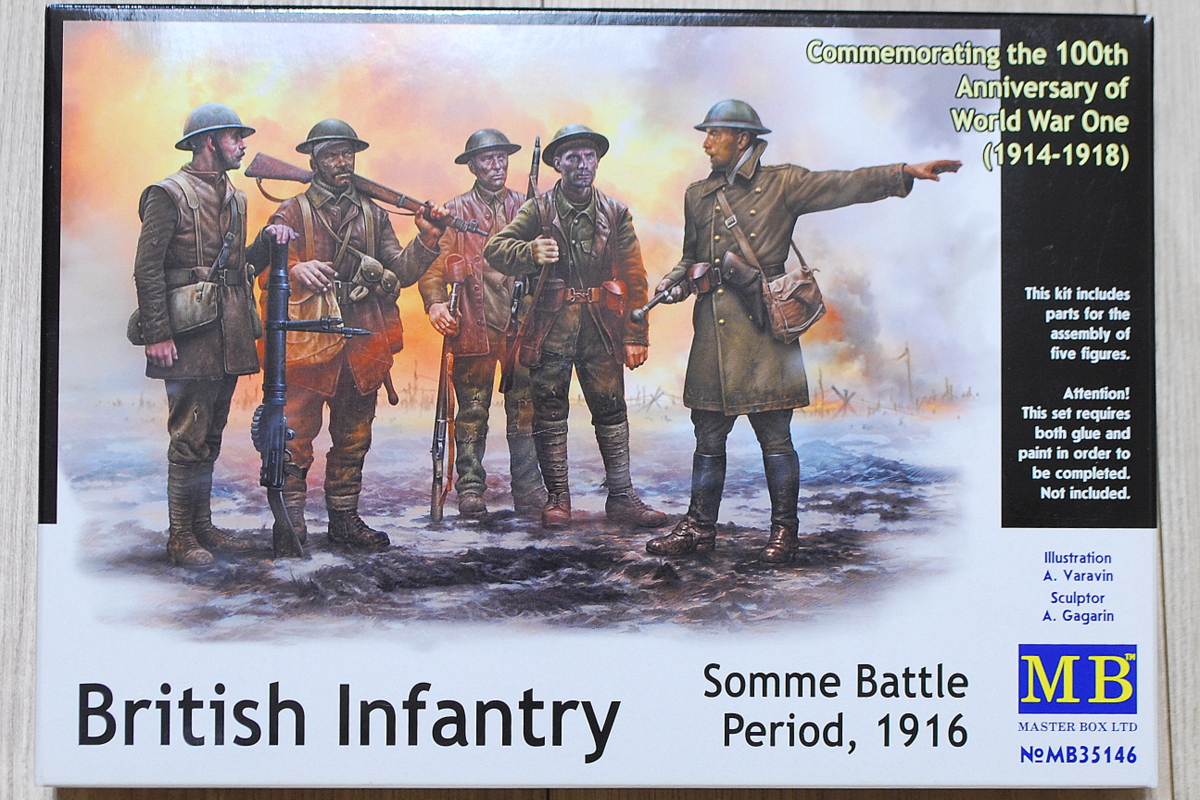 It is a figure set of the British infantry of the First World War. The WWI item is pretty rare. 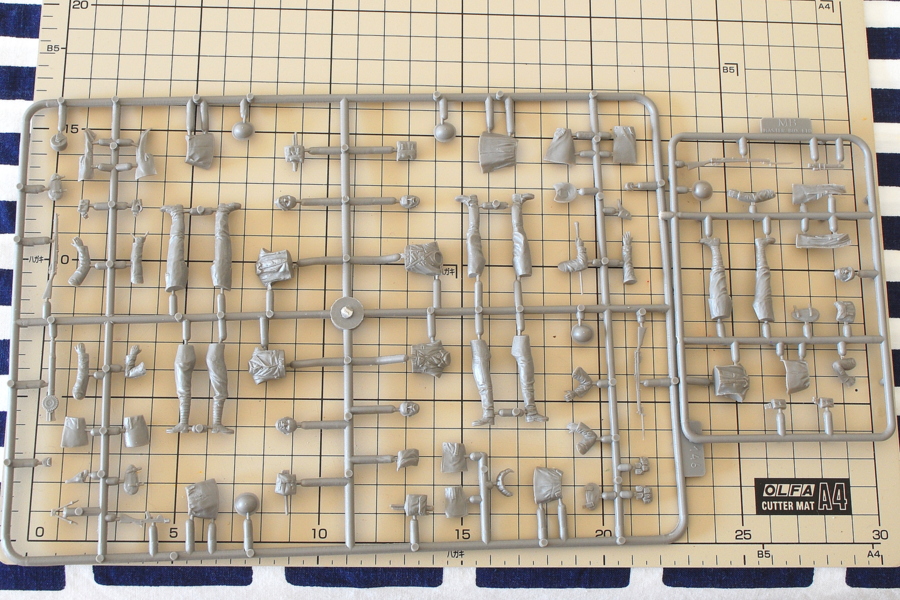 The five soldiers’ parts are as shown in the photograph. It was not hard to assemble. 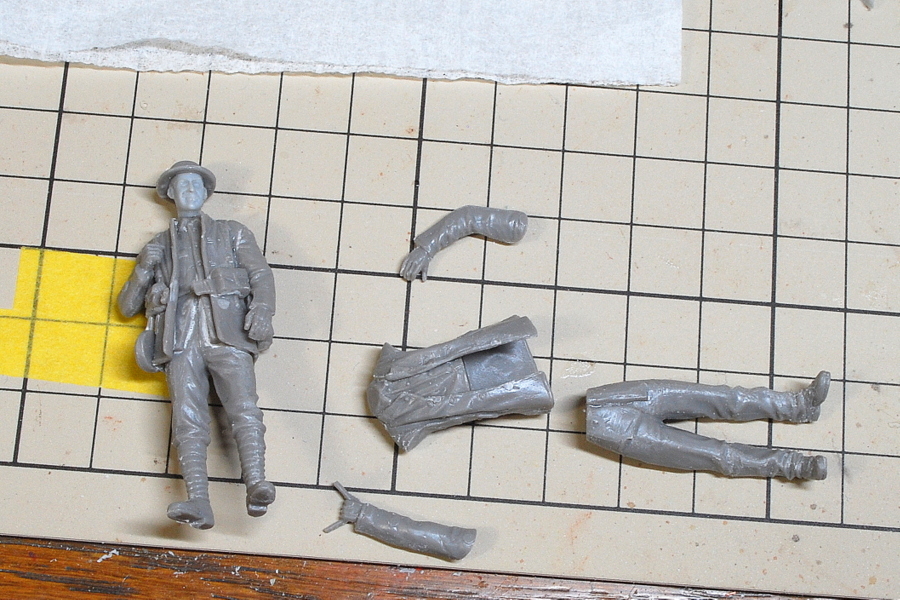 The shape of the military uniform is completely different from WWII. 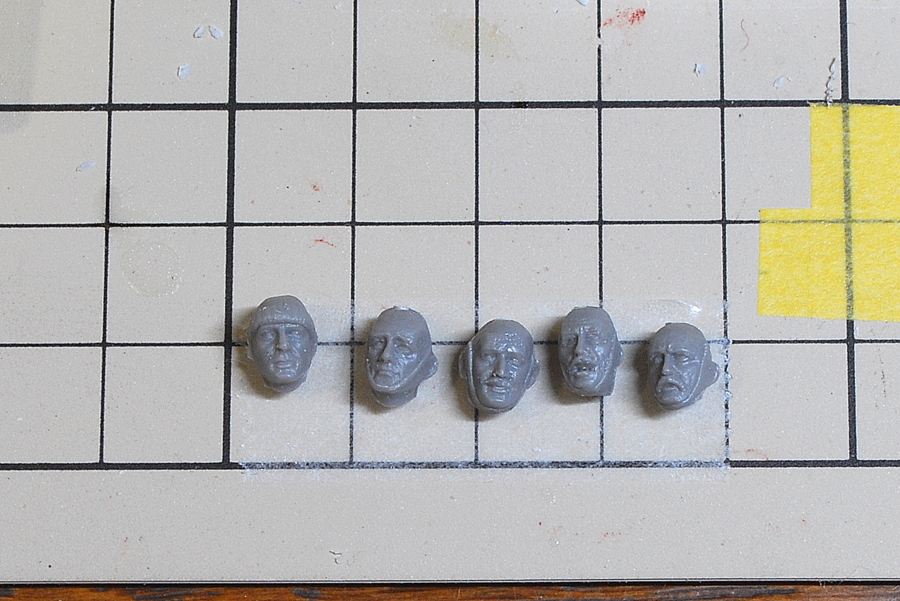 These are the original heads. There are many heads with a mustache, thinking of the WWI times. 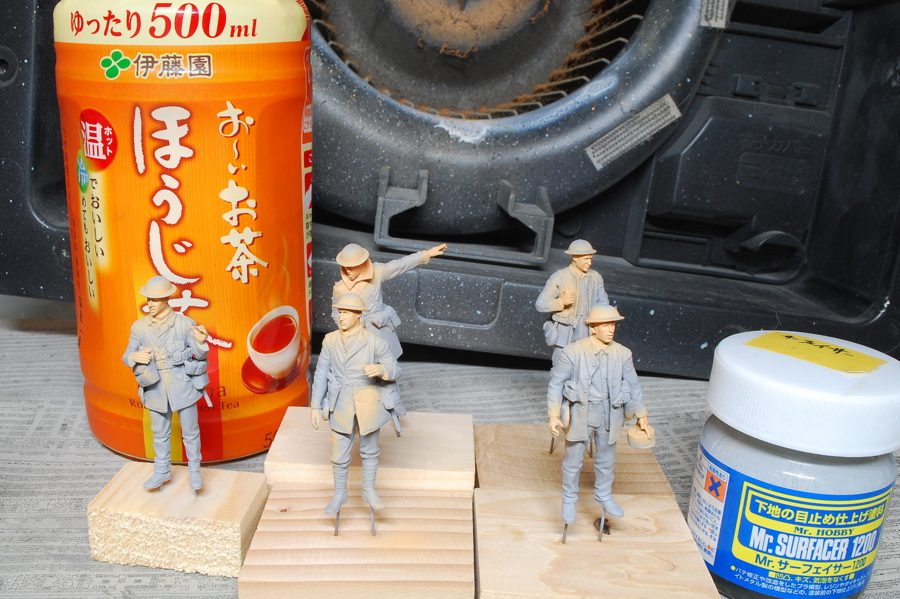 Before doing a detailed painting, I blew Tamiya acrylic fresh after blowing the surfacer.
(24-April-2018) 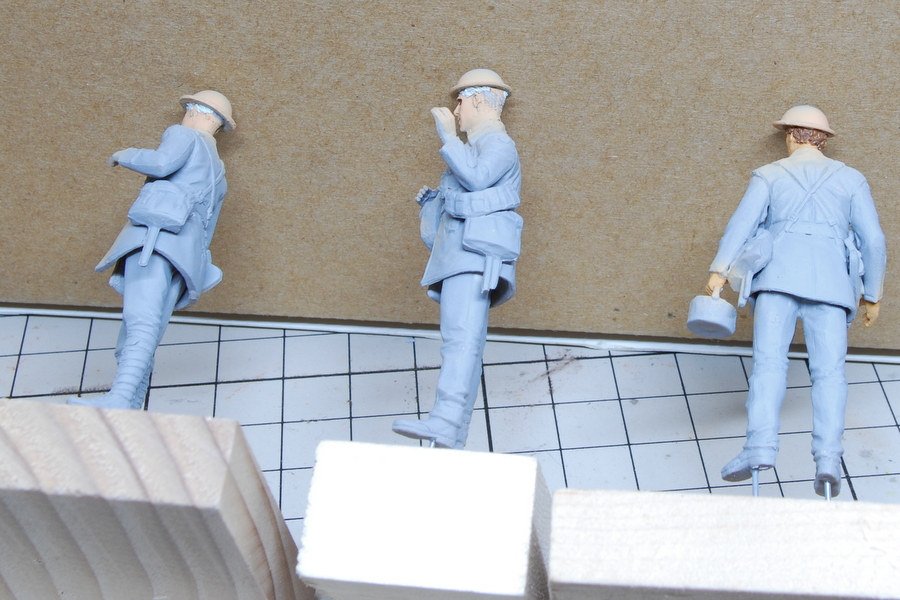 If there is a gap between the head and the helmet or the skinhead, the hair is attached with epoxy putty. 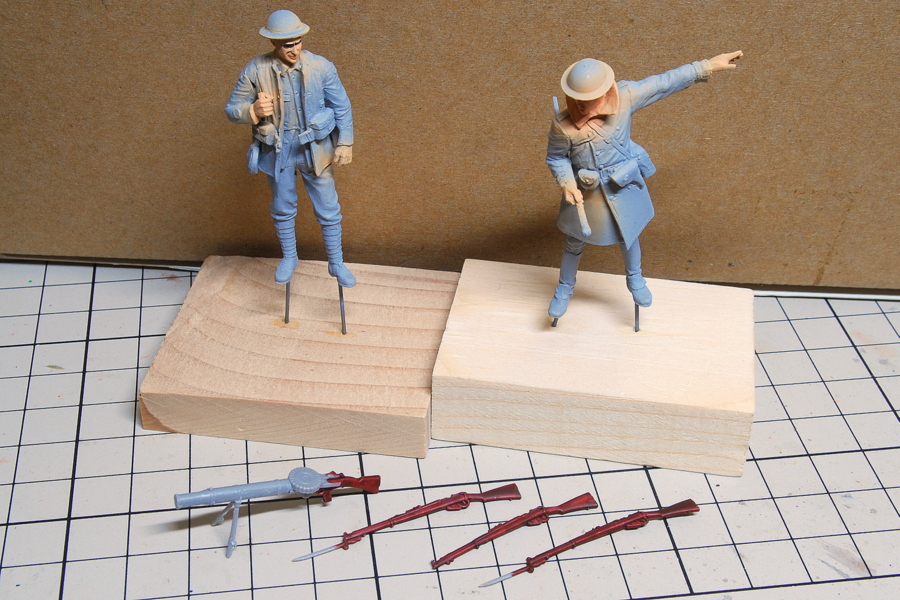 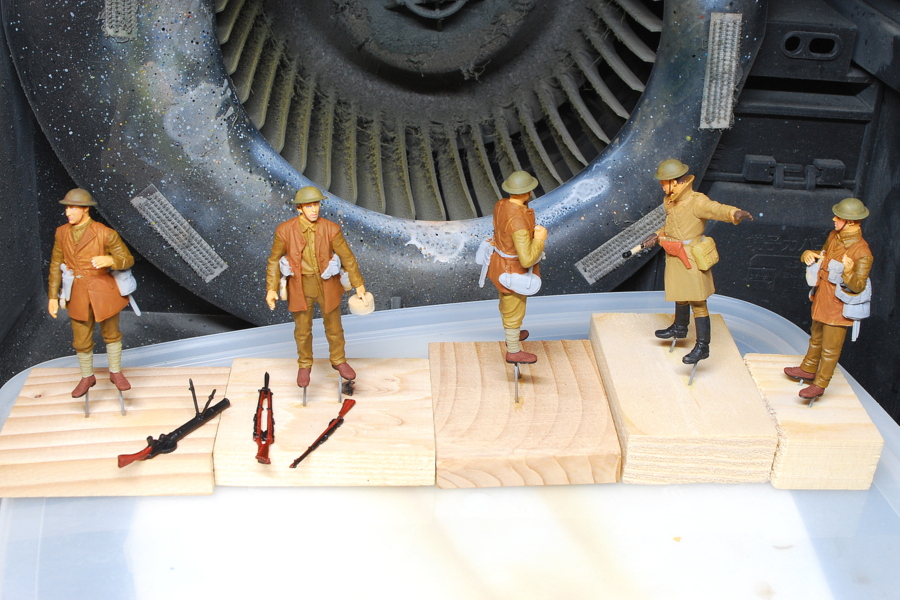 Painting uniform in progress. The commander is wearing a coat and the other four are almost the same. Some soldiers used gaiters and others were not used.
(26-April-2018) 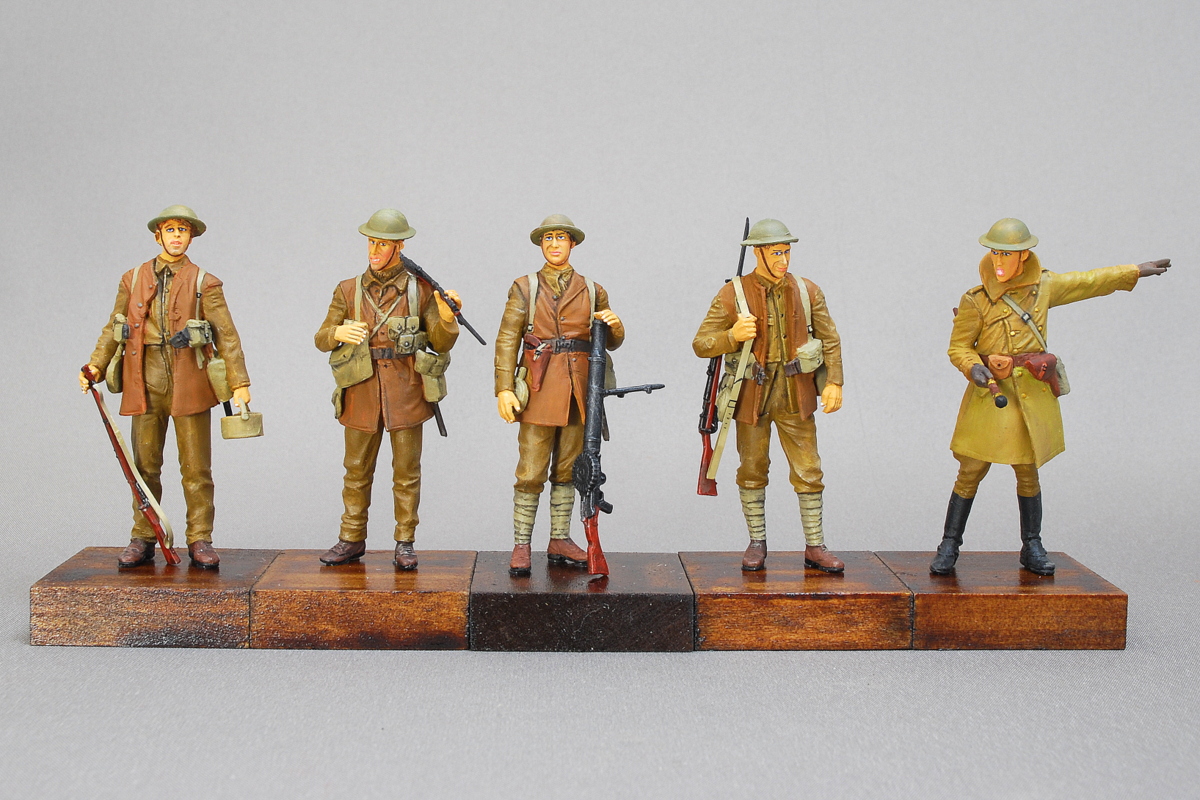 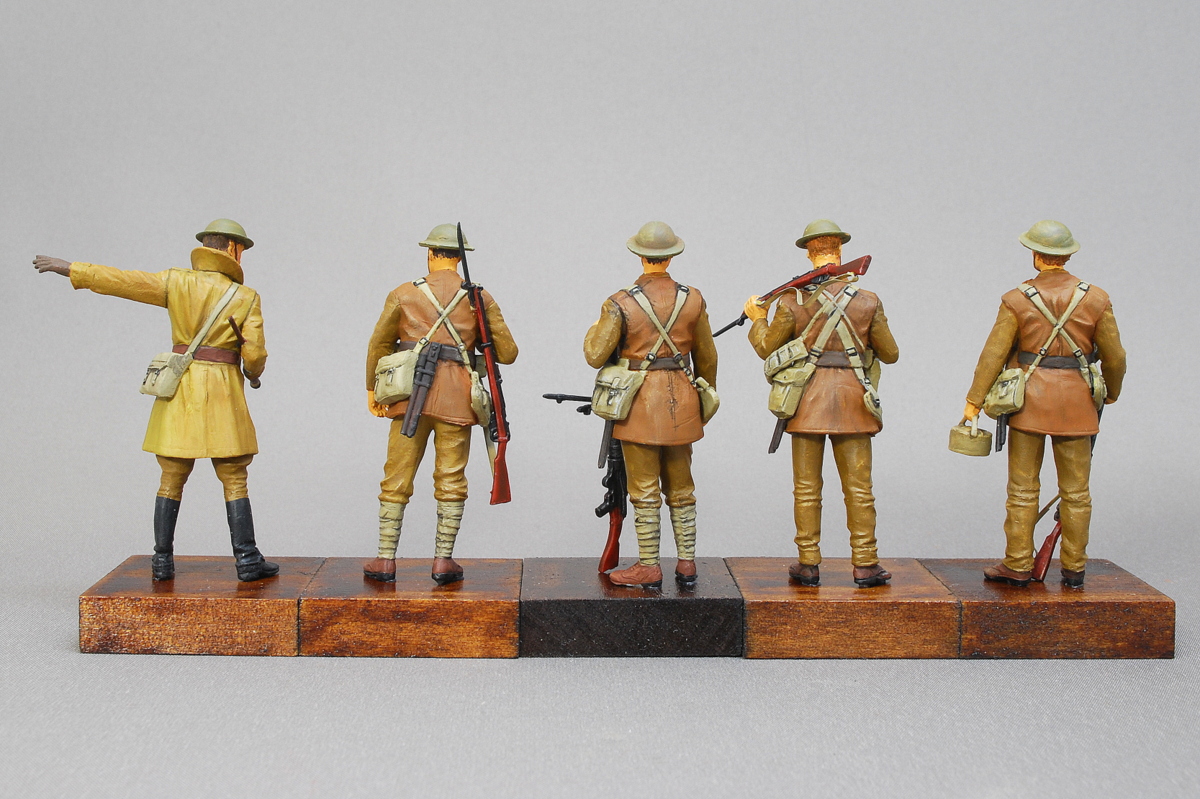 The outbreak of World War I in 1914 was unexpectedly a long-term battle, and on the western front, it was several times the trench line was built. Attacking each other increases the damage, so the front is in a stalemate. 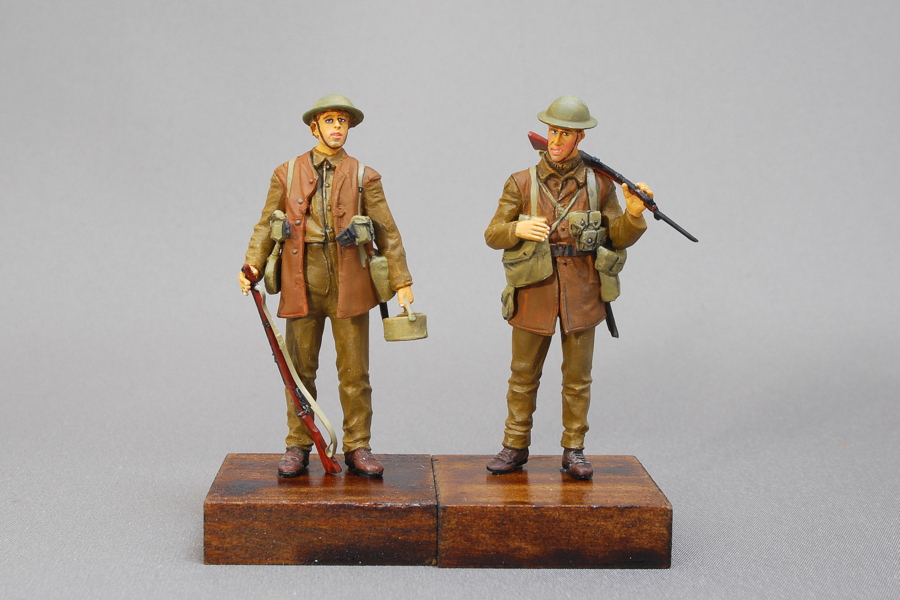 The defense line of the entrenchment caused serious damage by the attacking side, Without attacking each other the battlefield was backset, the British and the French army made an attack in June 1916 to overcome this situation. It was the Battle of Somme in the title of this figure kit. 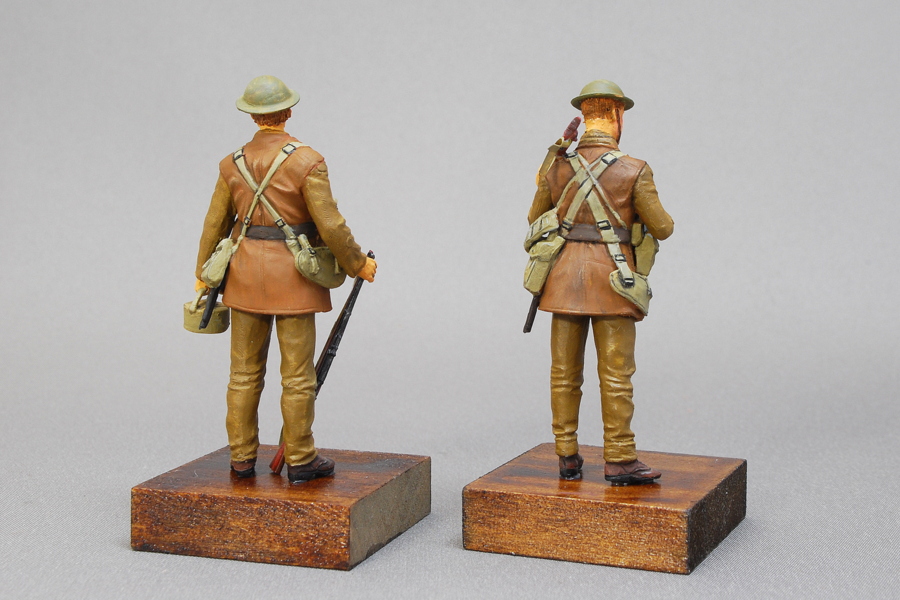 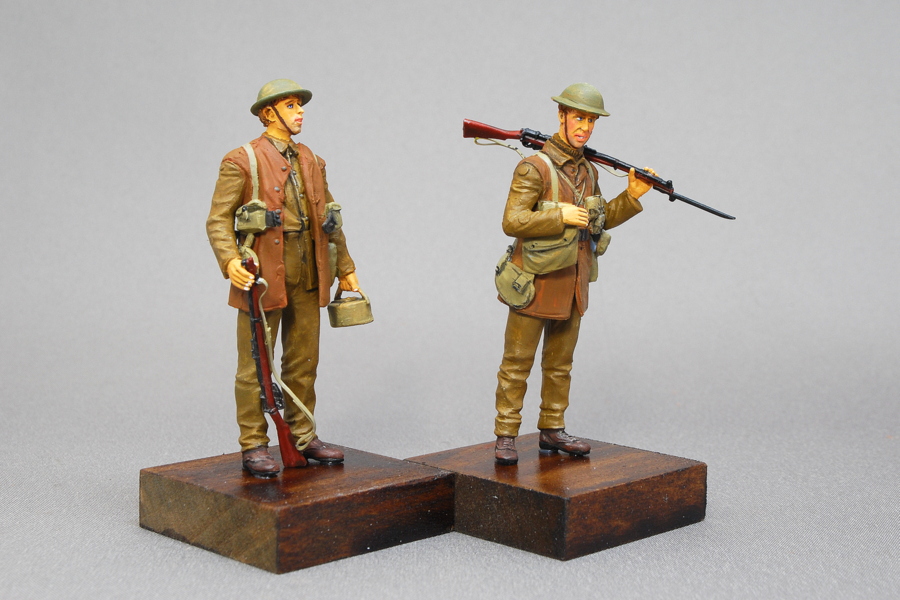 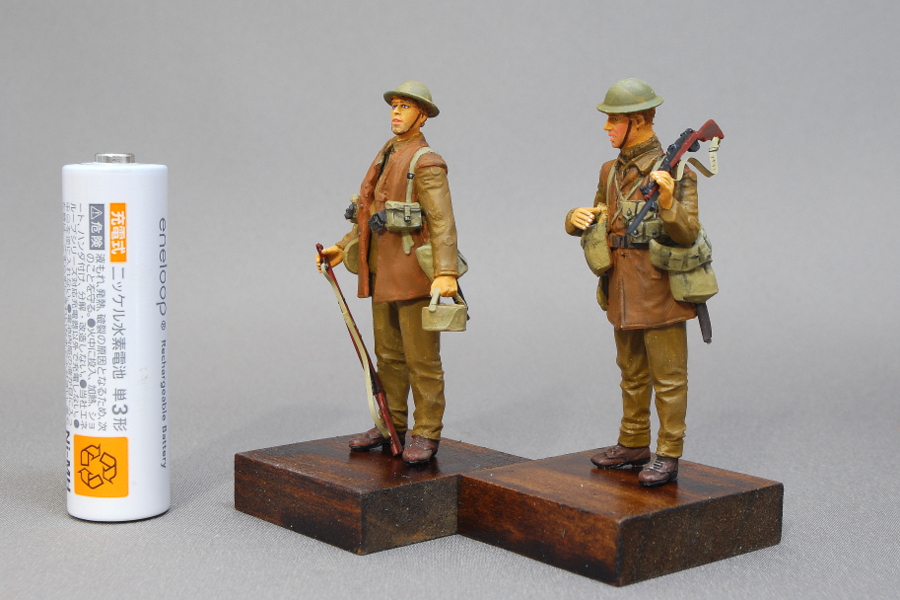 He has a round cloth magazine pouch in one hand. Perhaps this soldier is the supporter of the Luis light machine gunner. 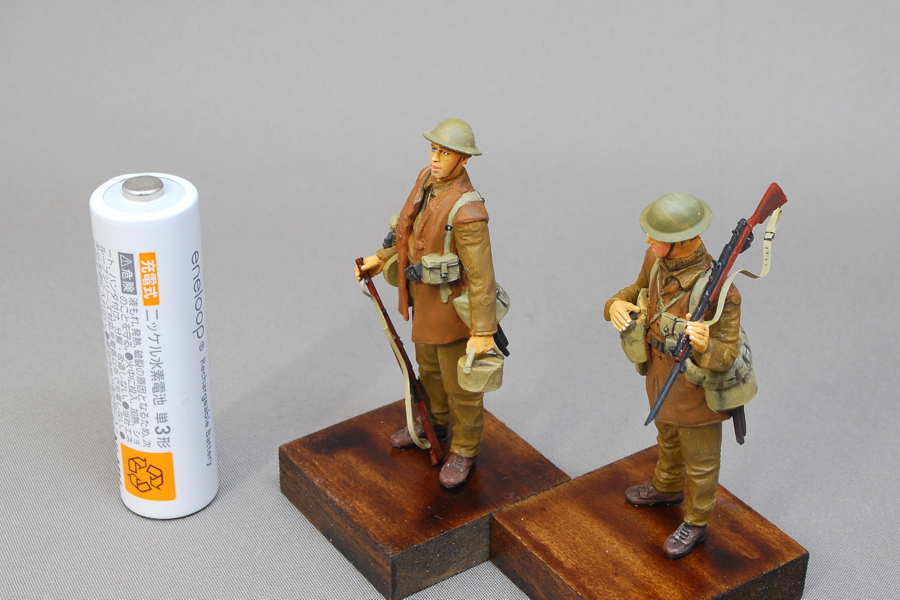 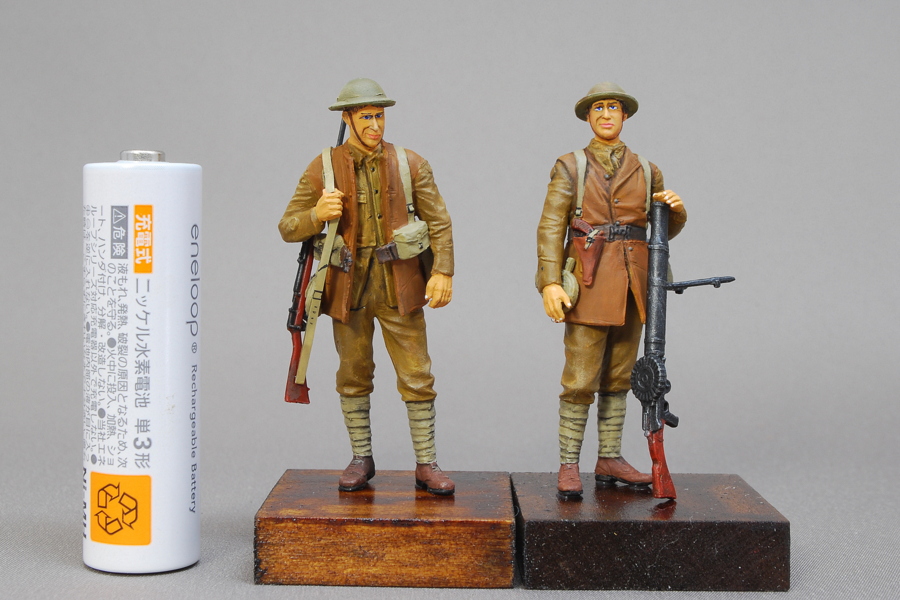 After all, the soldiers who have the Lewis light machine gun are the high quality of this kit. It’s increasing the atmosphere of WWI. 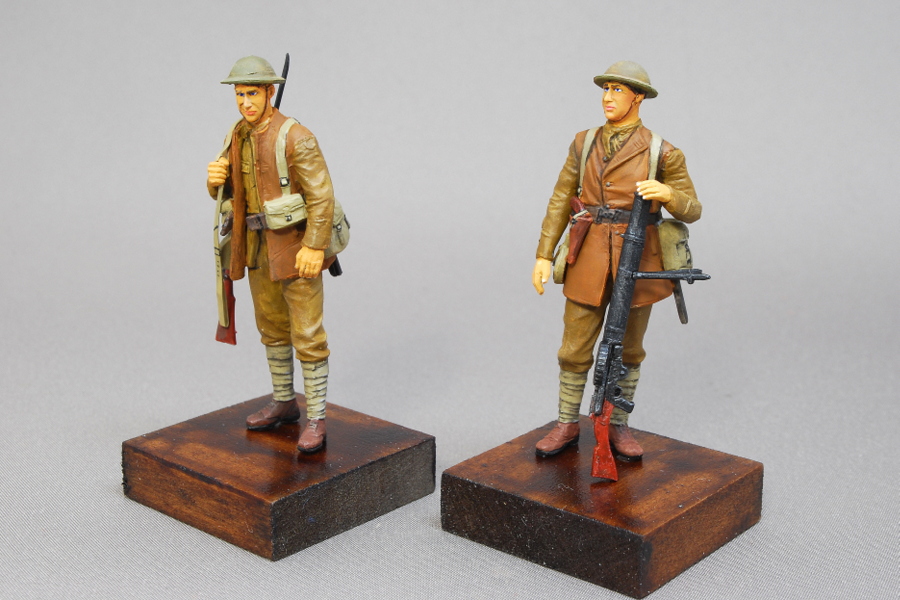 Since the Lewis light machine gun was considerably lighter than the Maxim machine gun, it was also used for the fighter airplane of those days. It seems this gun can be carried alone. During the First World War, this machine gun was used not only by the British army but also by France, the United States, and the Russian Imperial Army. 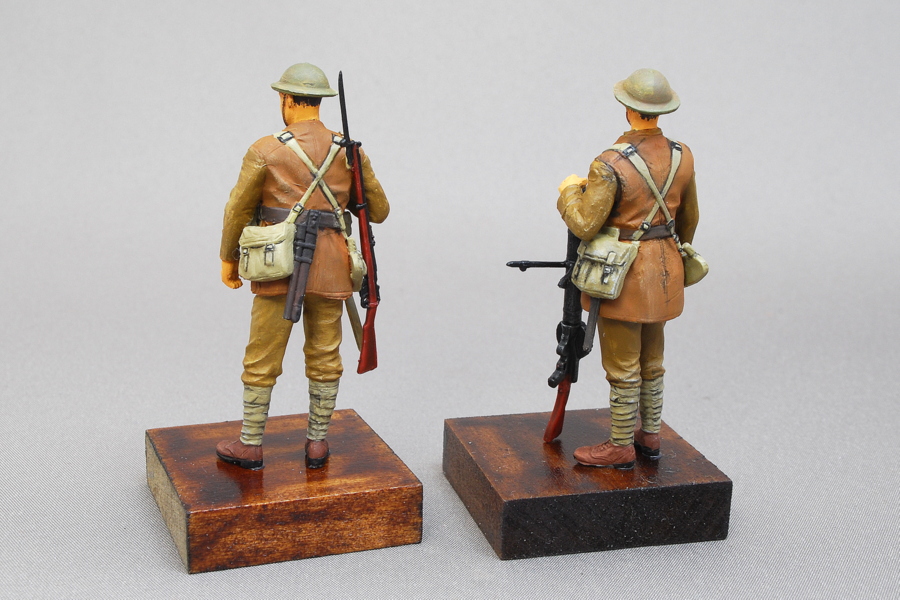 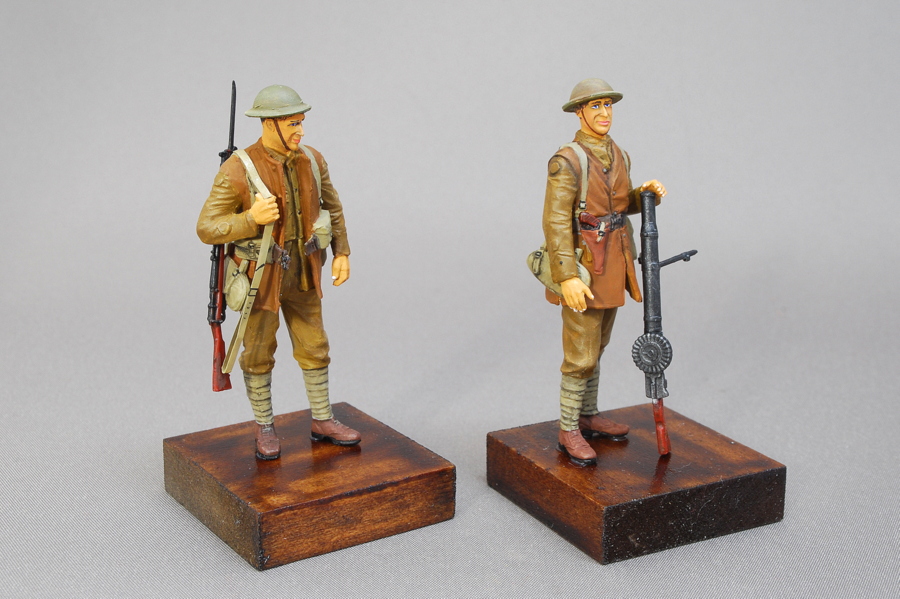 By the way, the gaiters keep the hem of the pants and make it easy to act, not to injure your feet. It also has the effect of improving blood circulation by preventing congestion of the legs. I wonder the officers used expensive leather boots, and ordinary soldiers were generally wearing gaiters. 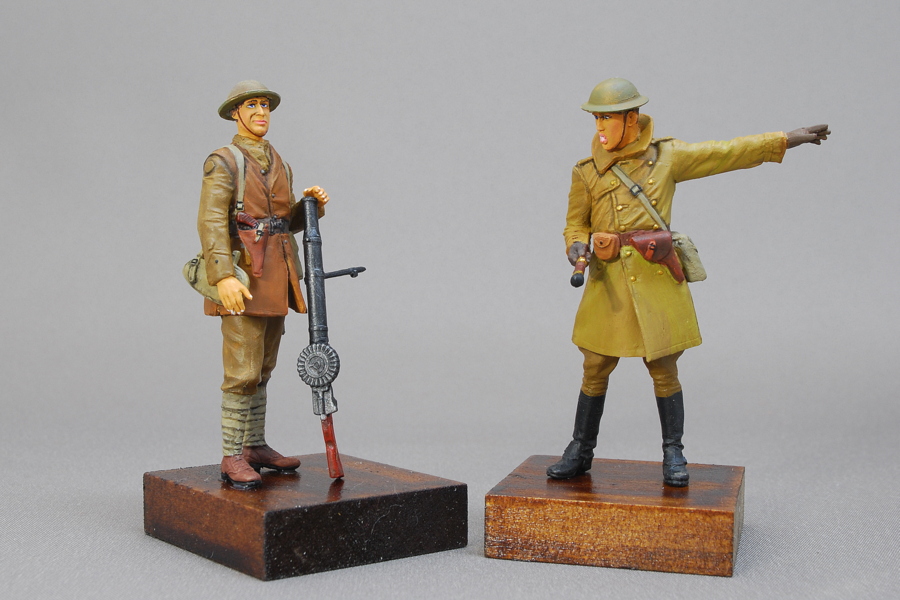 Officer figures have a baton with one hand. I wonder if they don’t obey his charge order and beat them in the ass. Just in case, a commander also possesses a pistol. 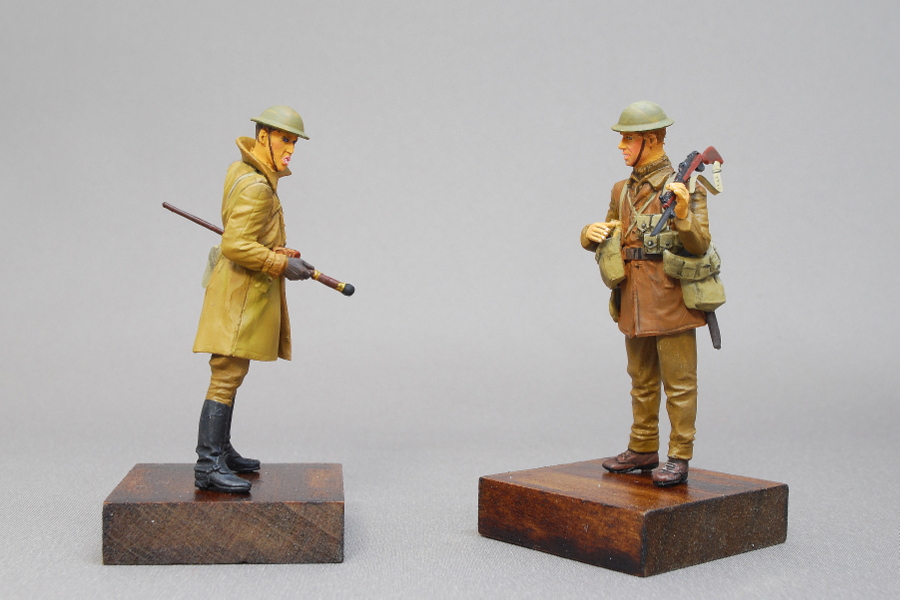 The box art tone is dark, so it is hard to reference for a painting. 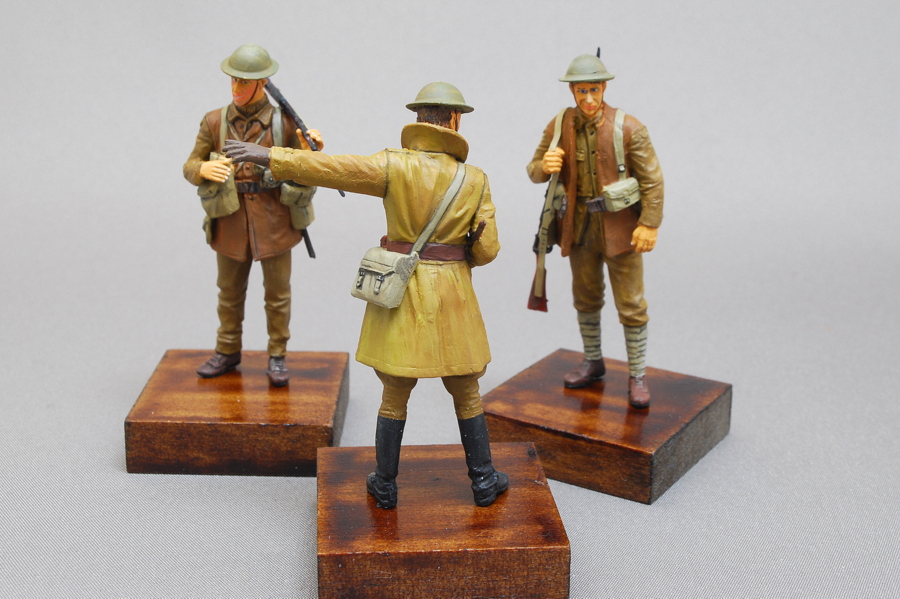 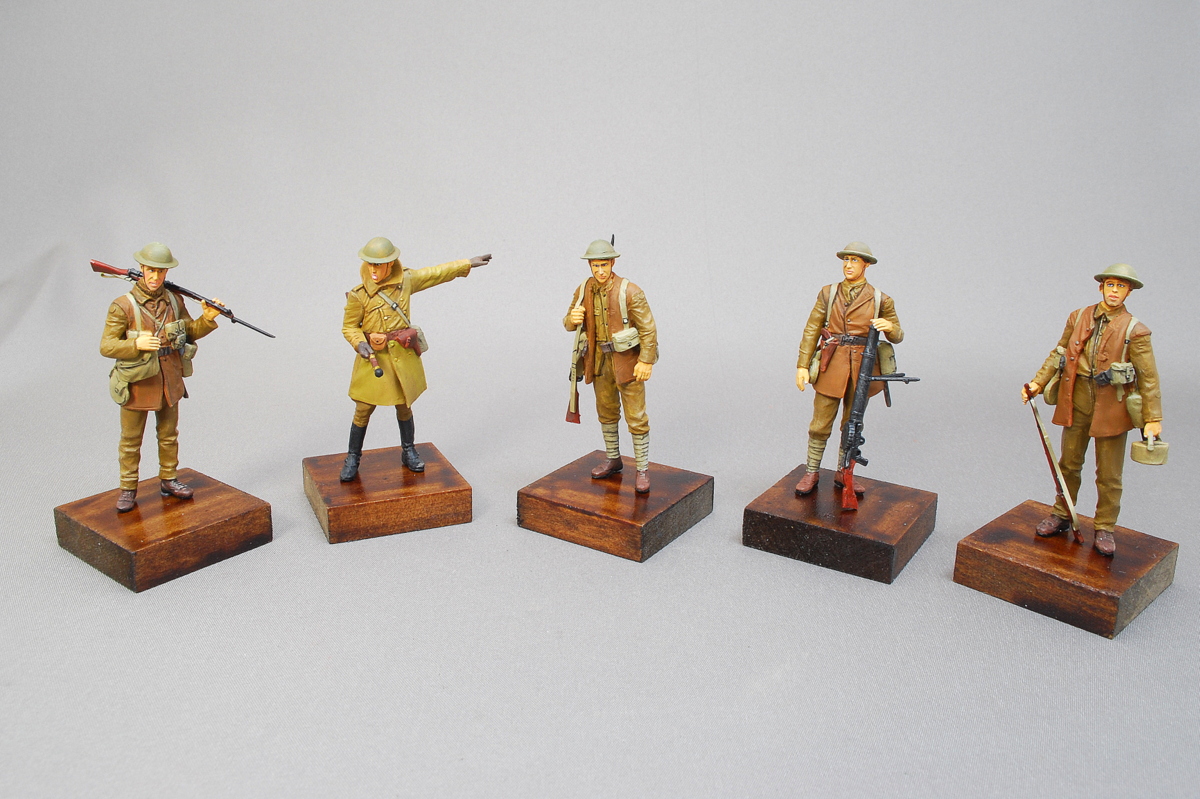 In the old days, I saw a movie titled “The Trench” by William Boyd, so this is the figure I wanted to make sooner or later. The box picture of this kit looks like the atmosphere of the movie, which is also dark. 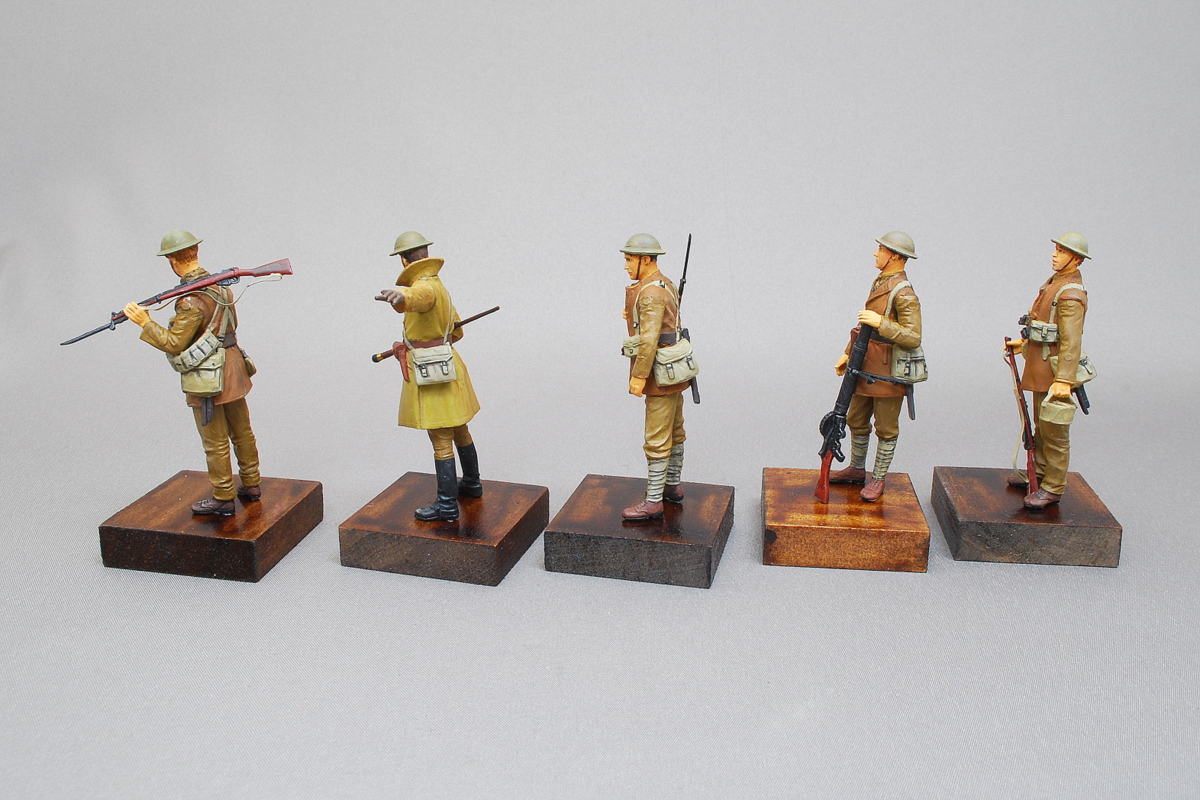 By the way, I remember this movie, there are no action scenes at all, it was depicting a soldier’s daily scene right before the Battle of Somme. 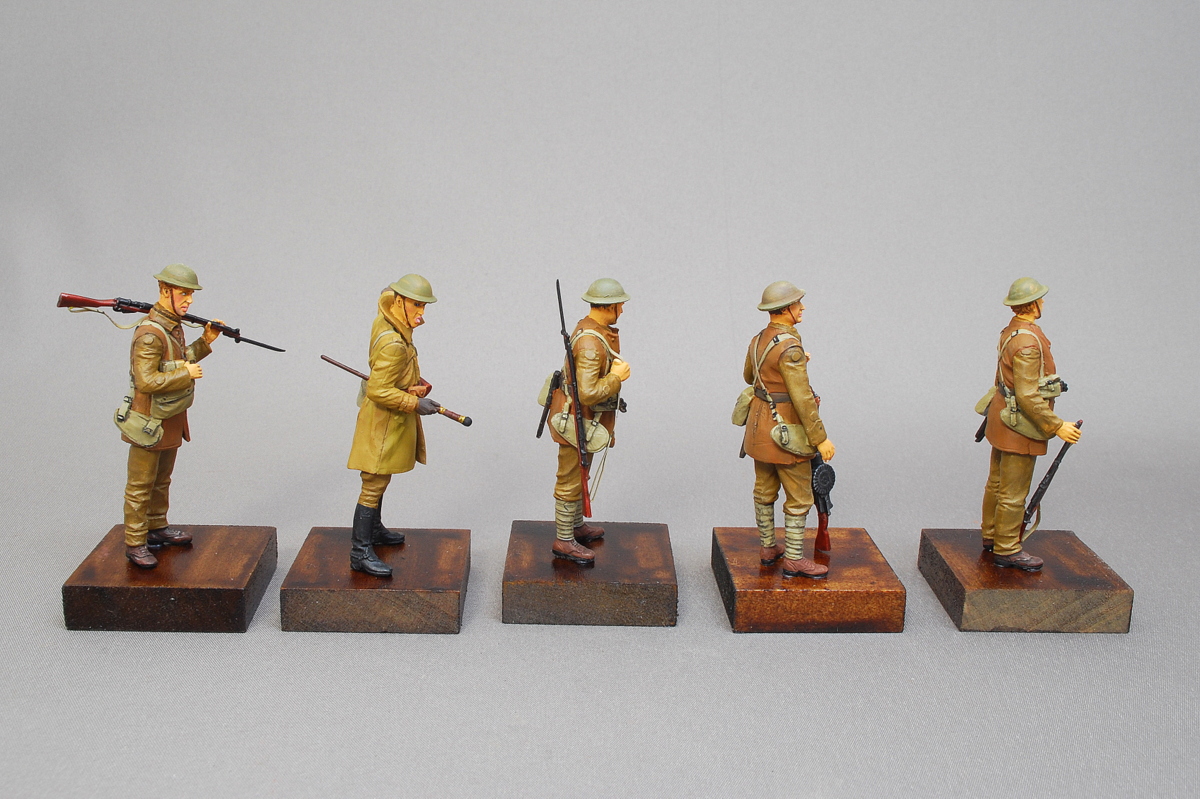 The British infantry, a dish-like helmet is a good taste. Master Box is releasing many military figures of an approach different from other manufacturers and is fascinating.
(29-April-2018) 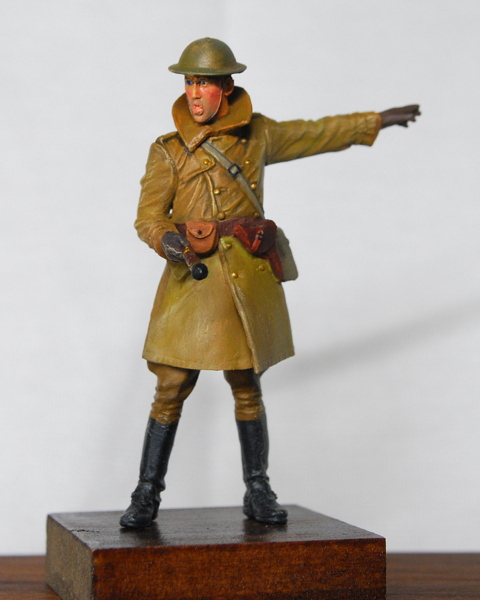 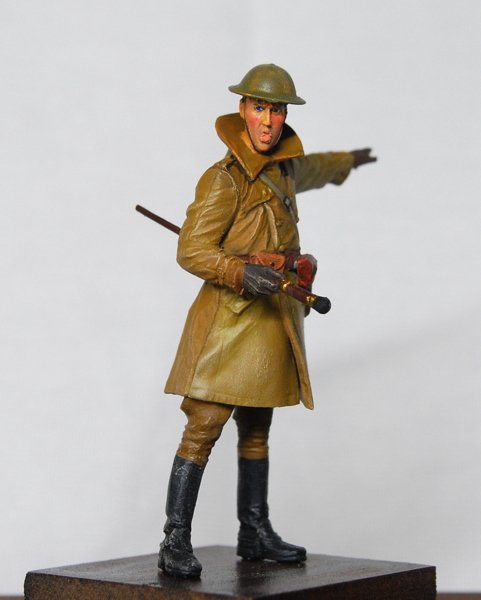 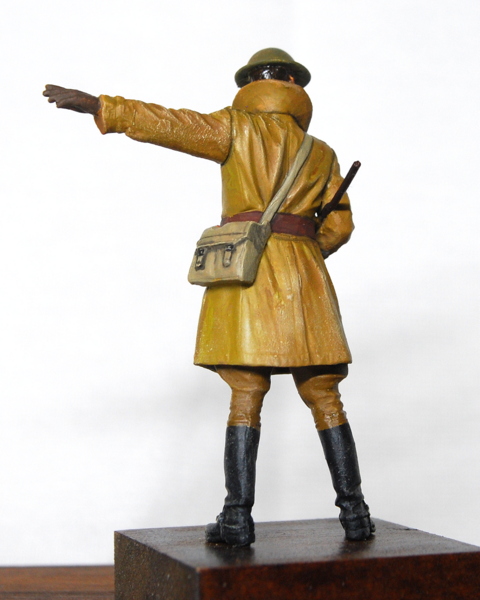 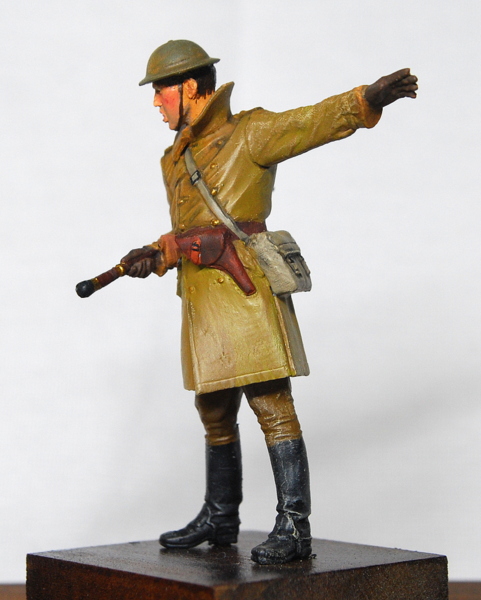 I tried repainting this officer with oil painting because I did not like the expression a little.
(25-November-2018)

It is a British command unit soldier figure of Master Box. It is a kit from a long time ago. The atmosphere is different from the recent Master Box. British Special Forces have been active in the invasion of Normandy, trying to destroy the gun battery on the cliff.
スポンサーリンク
German Sd.Kfz.254 Tracked Armored Scout Car Hobby Boss 1/35
Pet Rabbit Netherlands Dwarf Tips, Clean Toilet with Citric Acid, Stubborn Dirt Remover