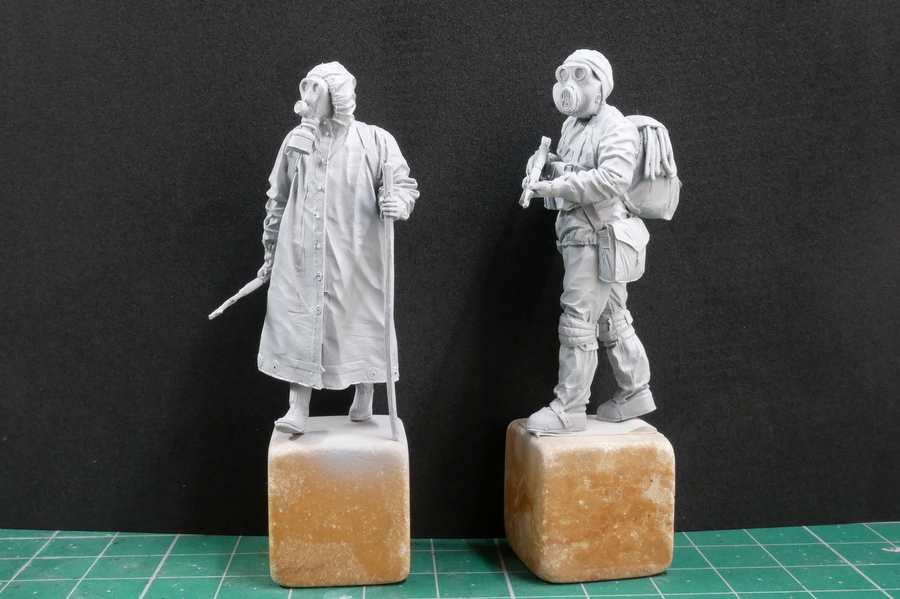 I’ve been making Object 279, which reminds me that I bought this kind of figure a long time ago. At first, I wanted to buy the Takom Object 279, but it was not sold anywhere at that time. Well, the Takom product looks easy to assemble, and the attached figure is a catchy item, so it looked interesting. In the end, I couldn’t buy the Takom I thought was my favorite, rather, it would be enough if I made two of them from other manufacturers. 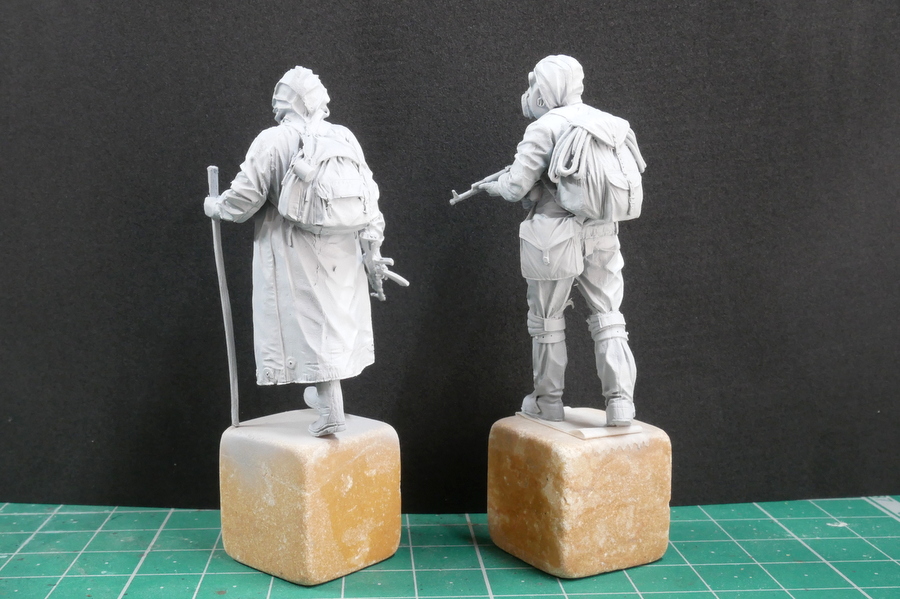 In those days, I bought Panda Hobby and Amusing Hobby’s Object 279, and I bought 4 post-apocalyptic figures on impulse. It seems to be sold under the theme of “Stalker”. There’s a same name “Stalker” PC game about the contaminated areas after the Chernobyl nuclear disaster, and there’s a movie by Tarkovsky called “Stoker,” and the figures’ atmosphere is like this. I enjoyed the game a lot, but the movie “Stalker” was so boring that I fell asleep in the middle of it. If it was the same director, “Solaris” was still more interesting. 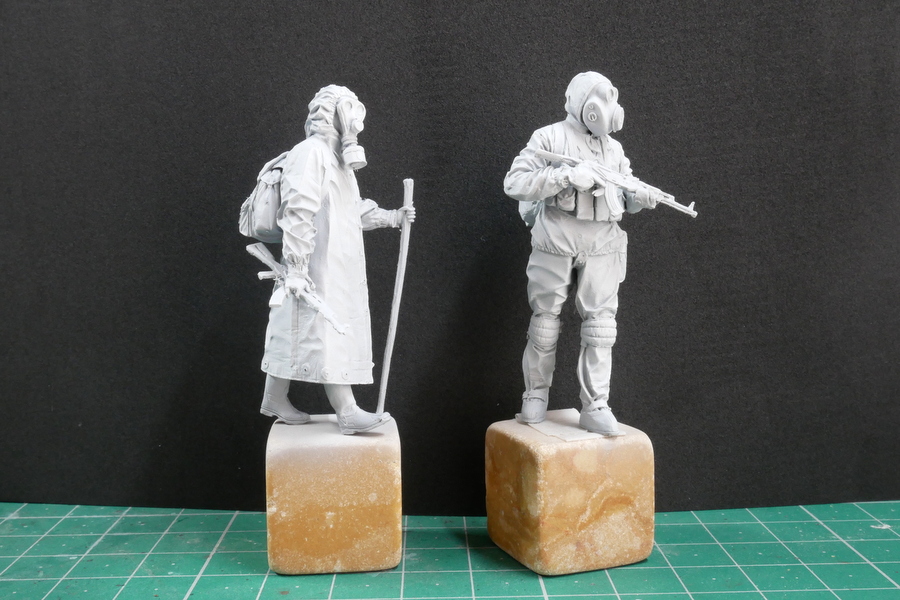 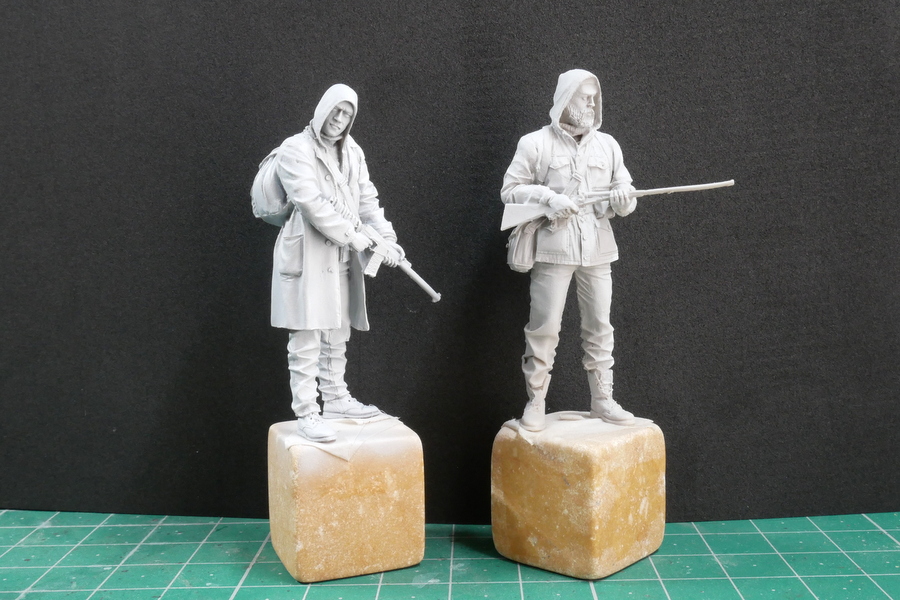 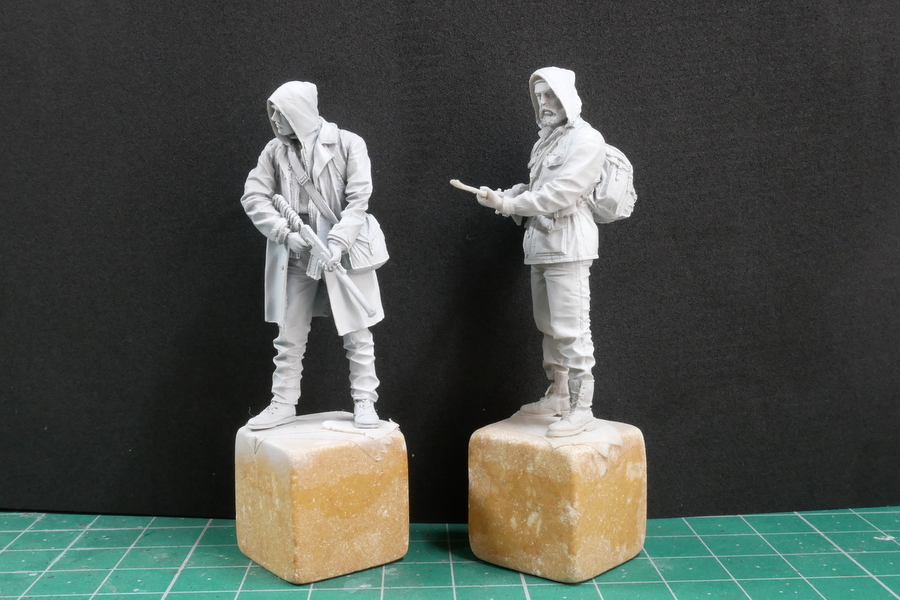 There is nothing particularly difficult in assembling resin figures unless they are in a unique pose, so I wonder if it is a stance to enjoy painting. 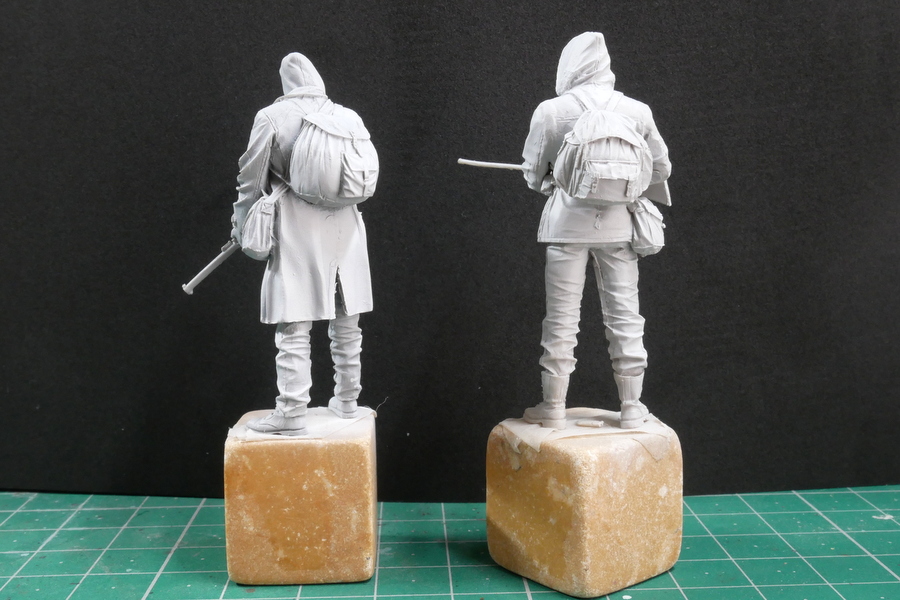 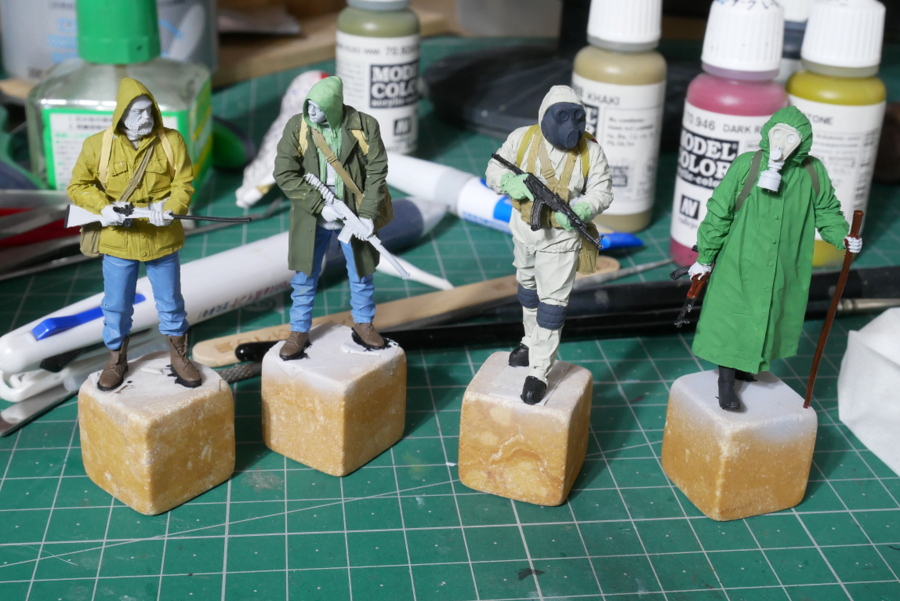 All 4 figures have different colors, so I use many colors. It takes some time to paint. 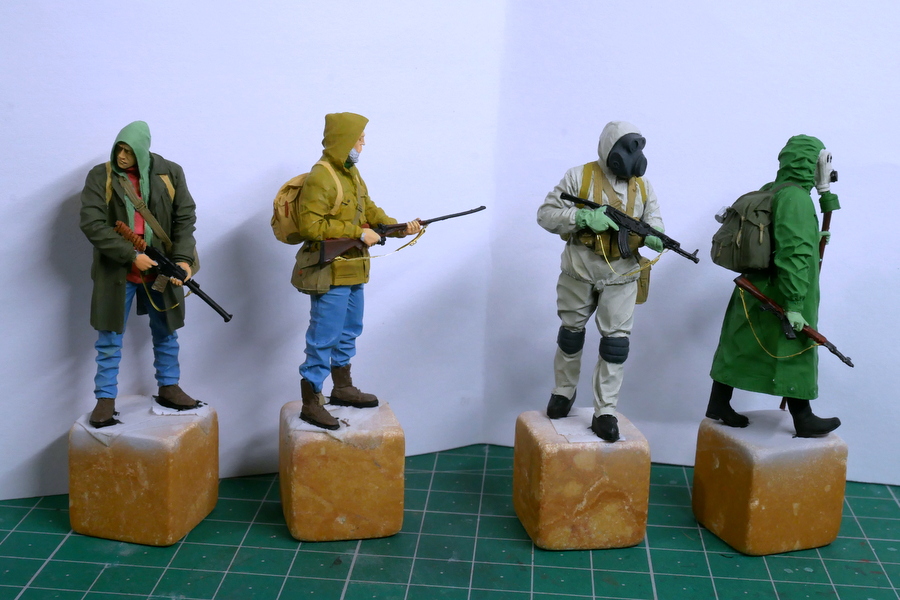 I tried to use Aber etched parts as a strap for a firearm that I should have glued a little earlier. As usual, the Aber parts are too fine to use all the parts, so I have added details according to my skill. It may be almost done.
(2022/02/04) 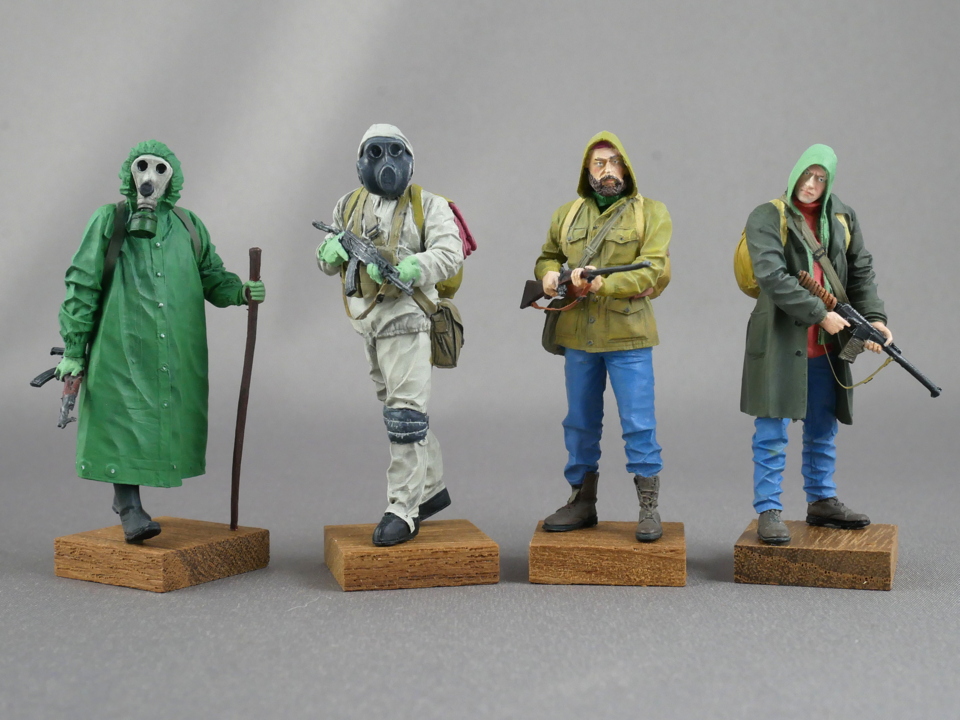 The resin figure assembly and painting are complete. It’s not only Evolution Miniatures, but the resin figures have high mold accuracy and are easy to paint. It was a little expensive. 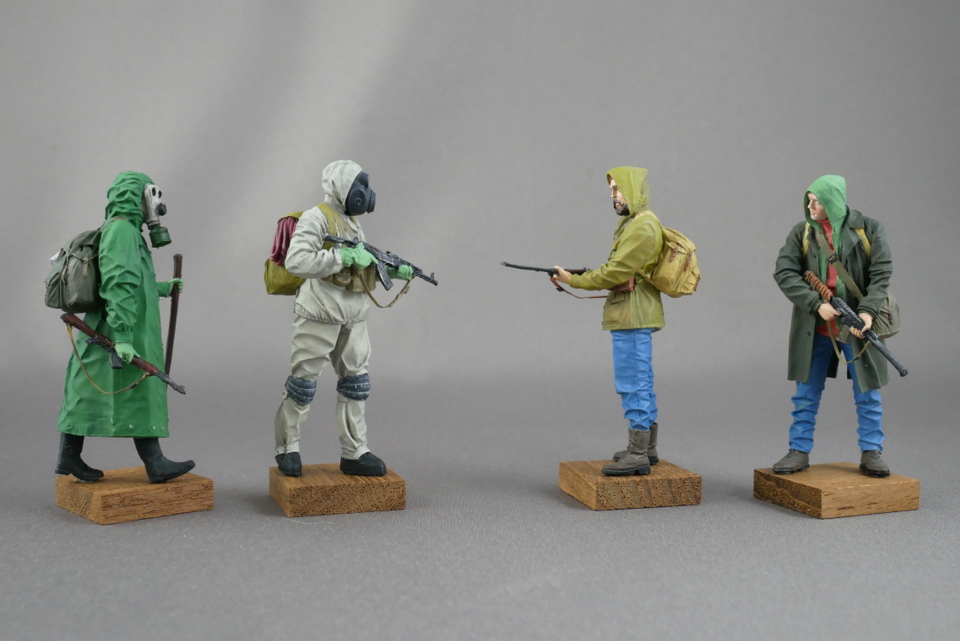 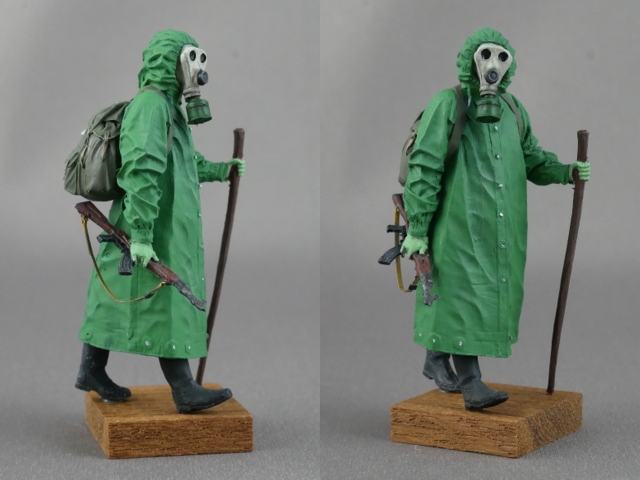 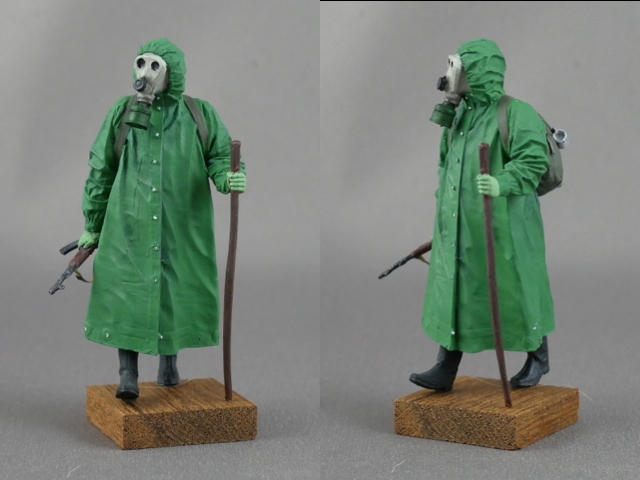 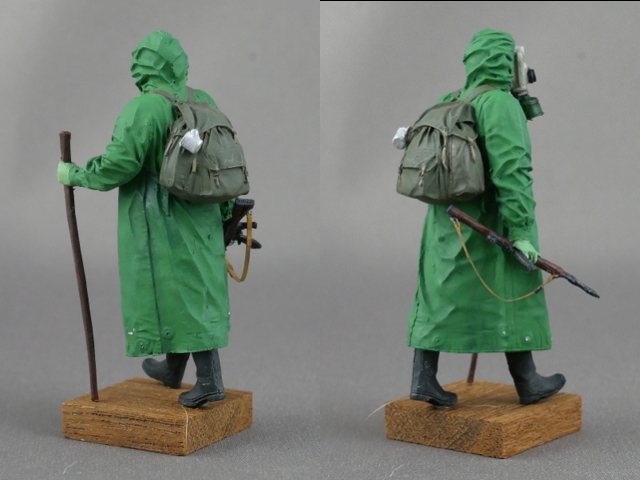 Are they Russian soldiers in protection suits? It’s a lump of resin, so it’s very heavy. 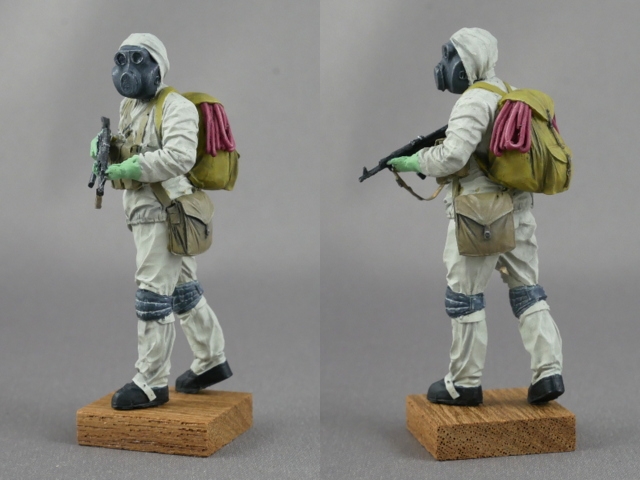 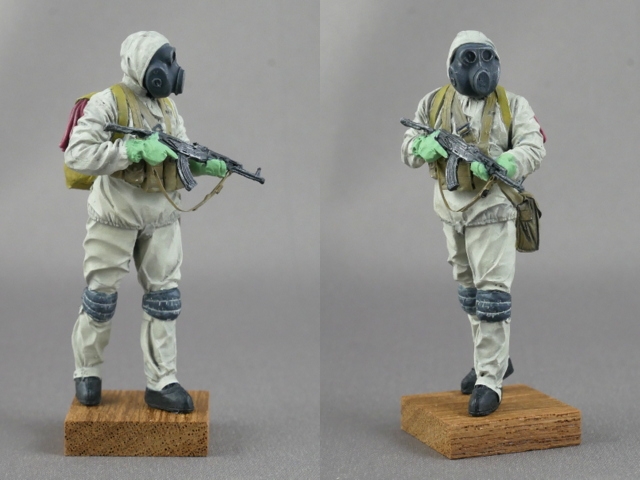 This one seems to be easier to move even with soldiers in the same protection suit. It has a kneepad and a zile on the backpack. 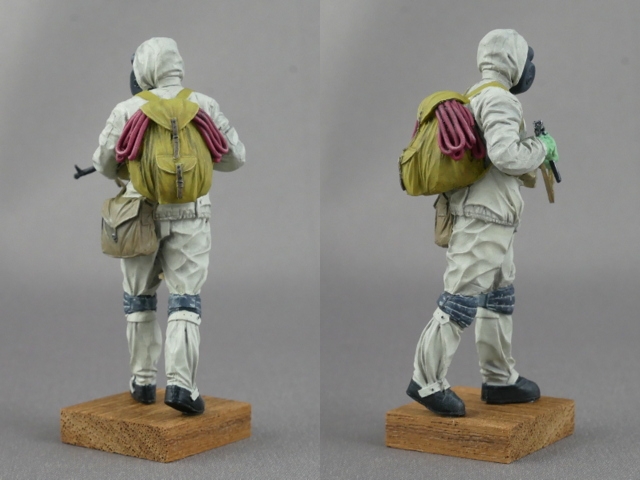 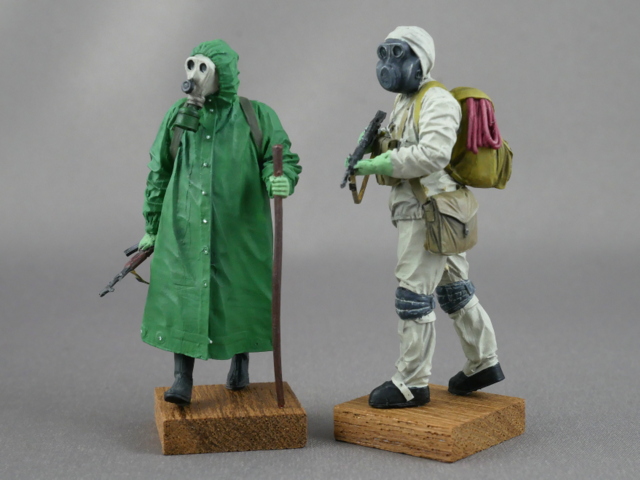 The light green gloves have an air-polluted atmosphere. 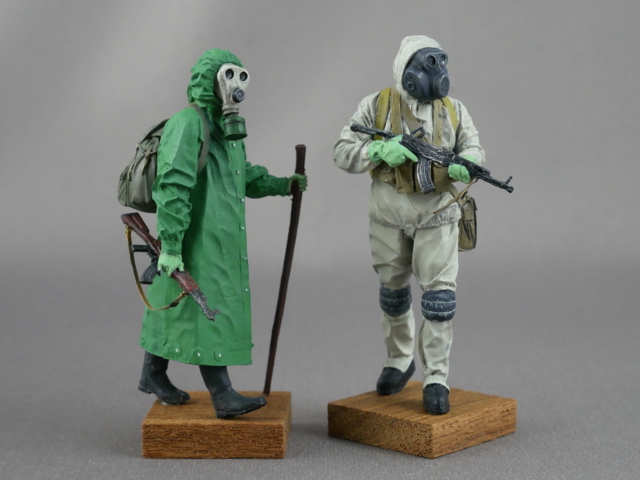 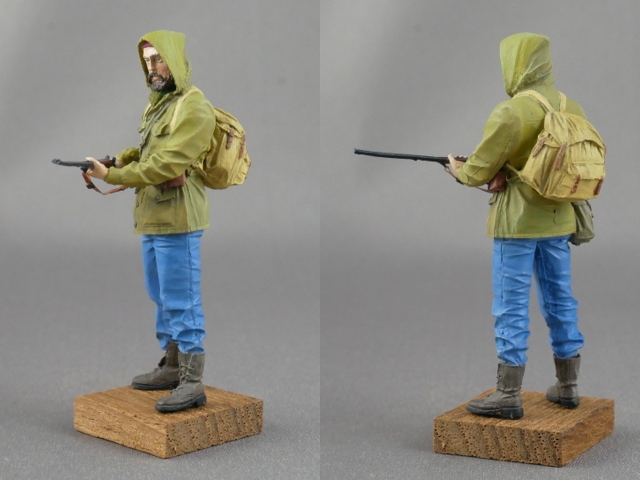 This is a hooded man armed with a shotgun. The barrel warped a little, so I thought about replacing it with a brass pipe, but it seems to be difficult to process, so I left it as it is. 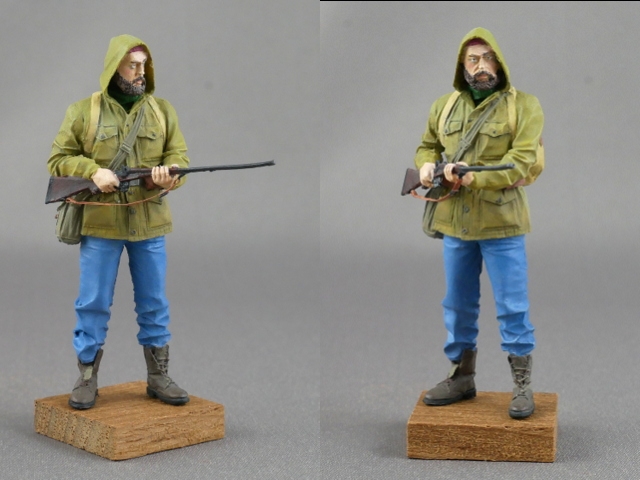 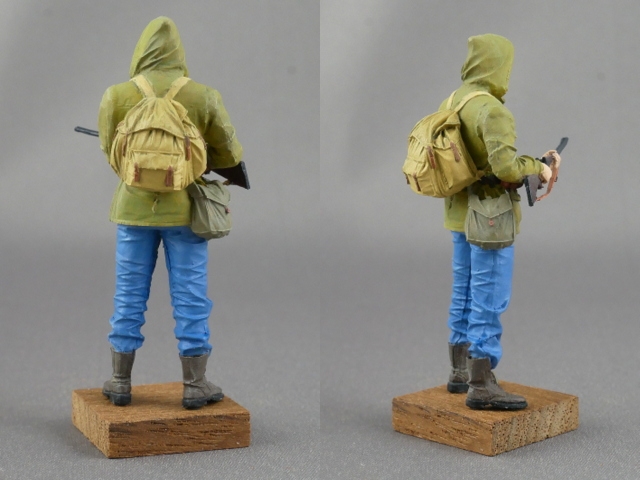 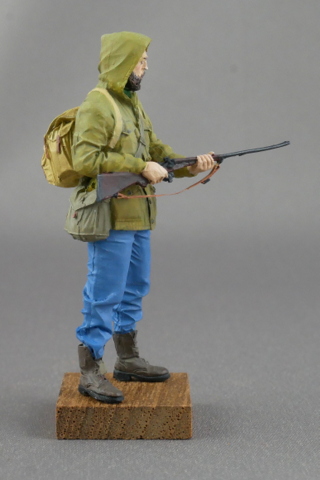 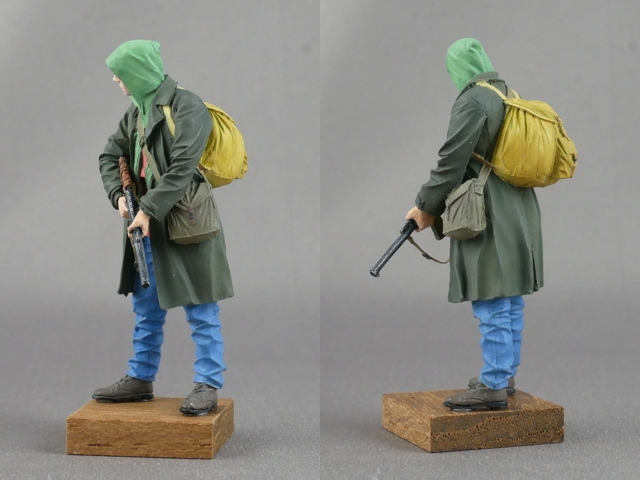 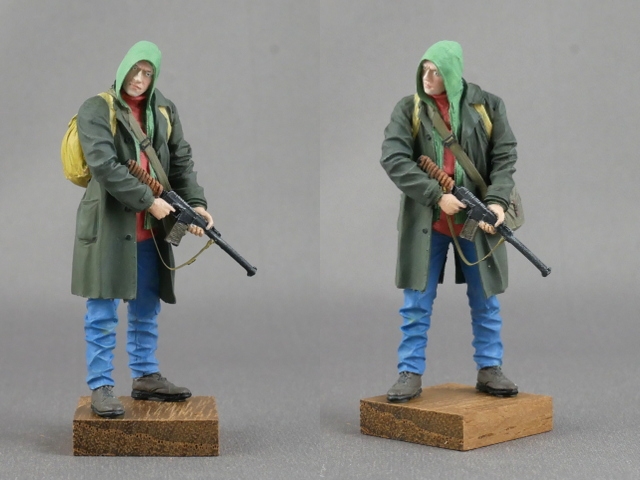 I wonder if this figure is the character of the PC game “Stoker Shadow of Chernobyl”. I don’t know because I haven’t played yet. Well, he doesn’t look like a regular soldier. 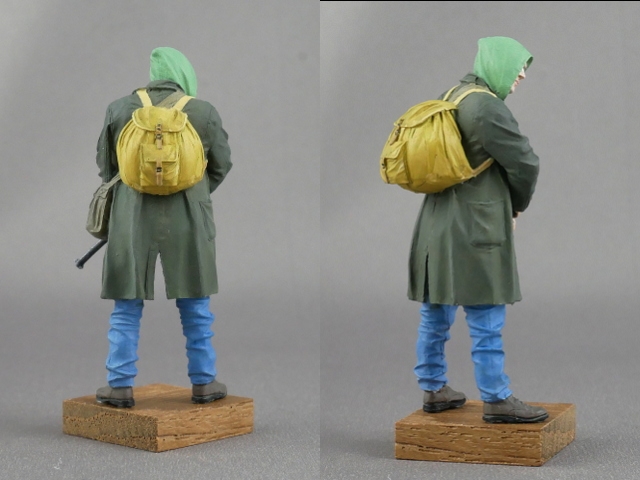 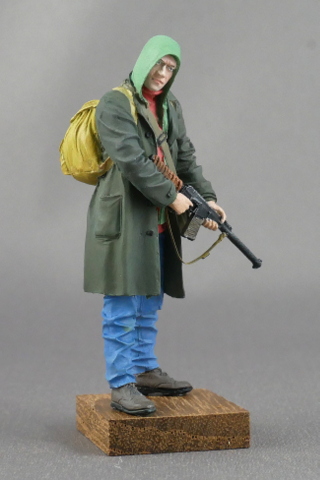 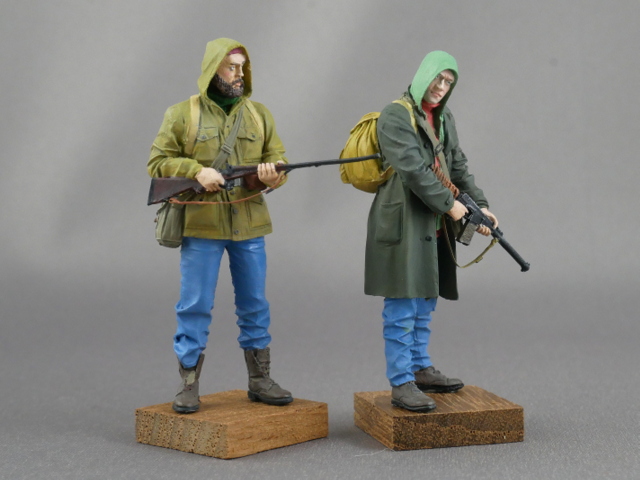 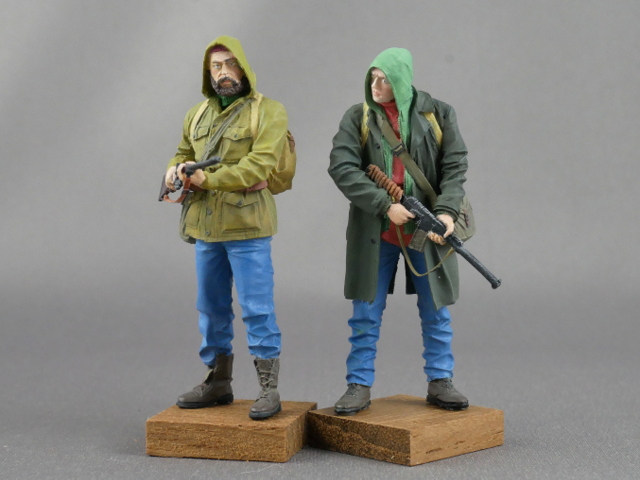 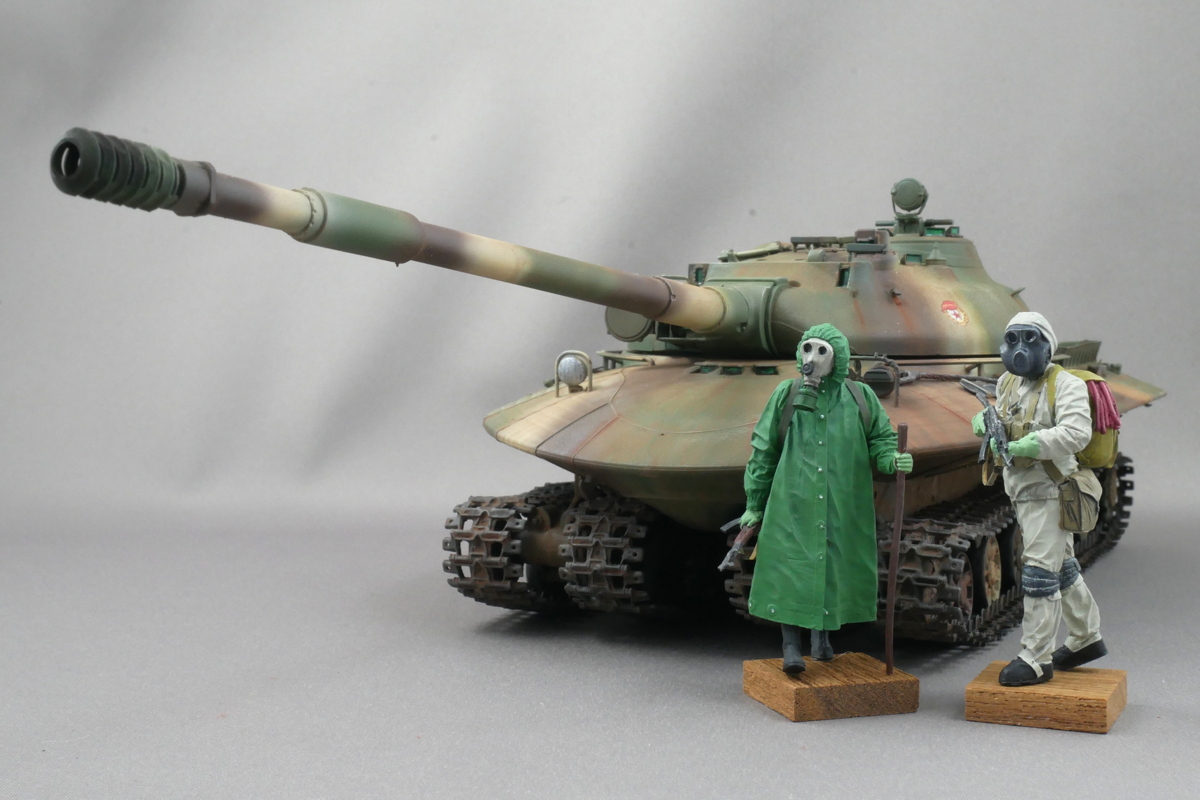 I took a photo with the completed object 279. A figure with a gas mask looks more suitable for this tank. 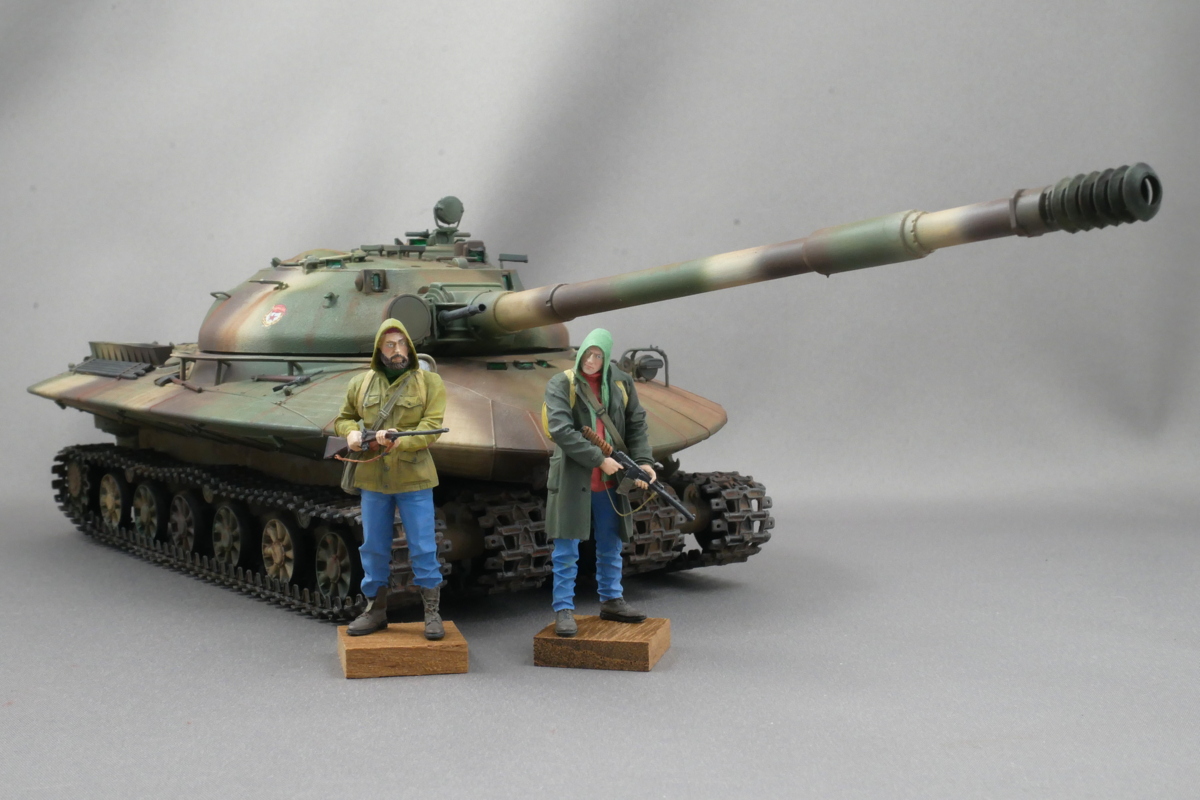 Soviet Military Servicewomen were completed. It might be interesting because we can change the arrangement. The mold is not as good as the Box art, but I think it is good. Perhaps ICM is the first company in the world to develop plastic model kits of women's underwear?

Dragon Soviet Army mechanized infantry figure set. The molded color of the plastic looks strange. I tried to match it with SU-122 which is also being built. They are soldiers who protected their country with the red stars on their backs.